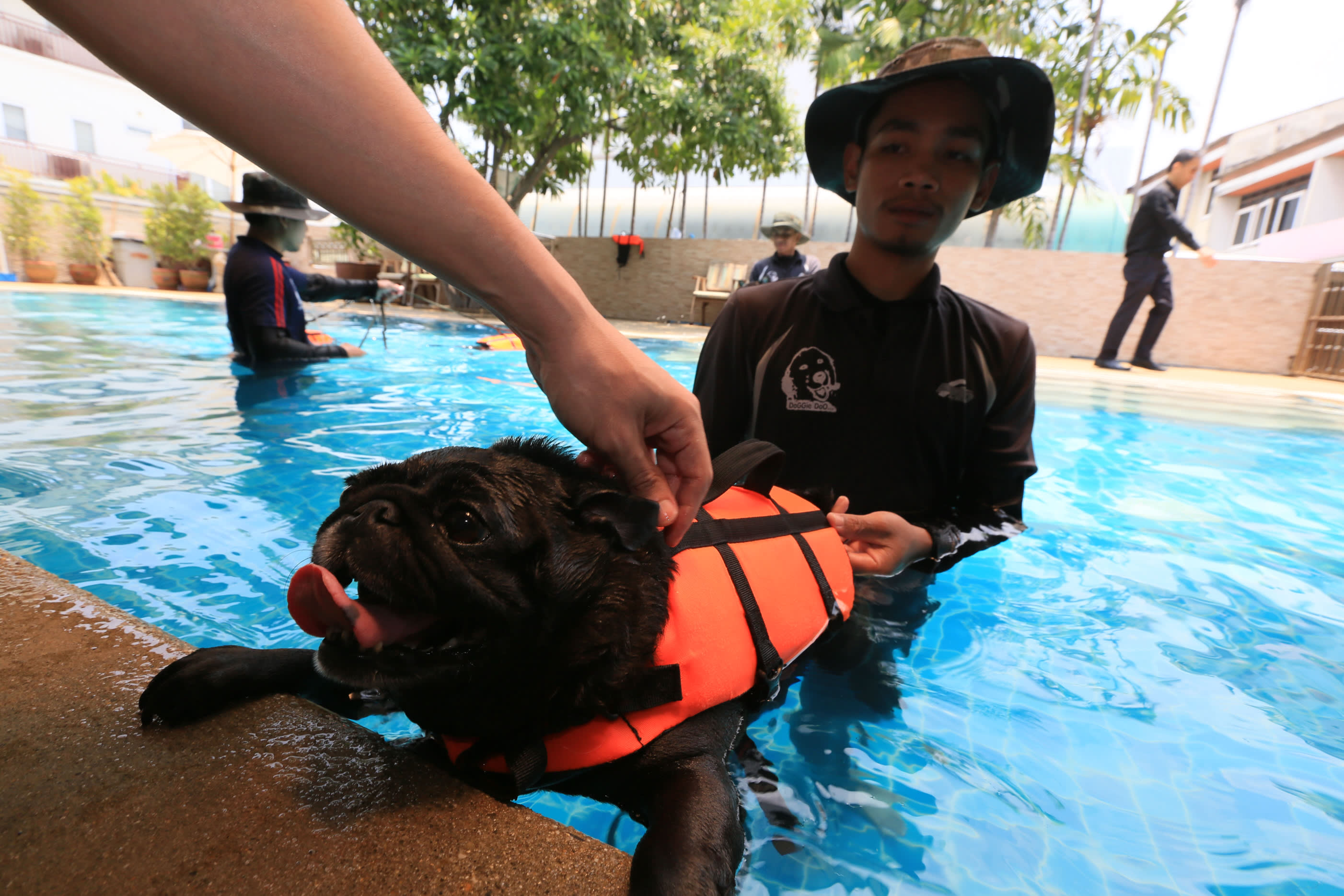 BANGKOK -- Leading food producers in Thailand are rushing to cash in on the growing pet food market, serving up premium offerings to the dogs and cats beloved by the country's expanding middle class.

Thai Union Group, the world leader in canned-tuna products, expanded production facilities for high-end pet foods in the latter half of 2016. An 80-gram can of pet food sells for around 45 baht ($1.32) -- higher than canned tuna for humans. Revenues are on the rise due to "owners' preference for healthy, nutritious food for their pets," said Paul English, head of pet food operations, who called this trend a "global" phenomenon.

Sales at the pet food business, excluding foreign exchange impacts, climbed 14% last year to around 9 billion baht ($264 million). This growth helped propel the company forward even as a strong baht ate into sales of canned tuna.

Food producer Betagro Group has put around 1.2 billion baht into a plant in central Thailand that can turn out up to 11,200 tons of pet food per month. The company has invested heavily in cold-chain management "to ensure the quality of meat, which is the main ingredient in our products," President Vasit Taepaisitphongse said. "Our production relies on the most advanced machine tools and technology" in the Association of Southeast Asian Nations, he said.

Betagro previously made pet food primarily for export. But the company has since taken note of the growing market for such products at home. More high-end, nutritionally rich options have been added to the lineup, and sales from the food are seen climbing 60% in 2017.

Greatest Pet Care, a specialty pet food maker, plans to invest an additional 1 billion baht over the next three years in a plant in central Thailand's Ayutthaya Province, bolstering capacity and enhancing research and development. The company looks to create a distinct brand for premium dog and cat foods.

Thailand's pet food market was worth around $700 million in 2016, according to market research firm Euromonitor International. This is more than triple the decade-earlier level and accounts for more than half of the Southeast Asian market overall. Thailand is now Asia's third-largest pet food consumer, behind Japan and China, with per-capita spending 13 times that in China.

Until recently, it was common practice to feed pets the same food their owners ate, according to Megumi Matsunaga, a research analyst at Euromonitor. But food specifically for pets has caught on in recent years, she said.

"I use pet food in the morning if I'm short on time," said one woman at a supermarket here, can in hand.

Manufacturers staking out positions at the upper end of the pet food market are encroaching on the territory of European and American competitors. Led by U.S. concern Mars, with its Pedigree brand, Western companies control more than half of Thailand's pet food market. American peer Colgate-Palmolive, Switzerland's Nestle and Germany's Hunter Group are also here.

Native Thai companies' advantage is in procurement. Betagro, which farms chicken and pork, can easily get its hands on high-quality ingredients, a representative said, and Thai Union has the upper hand in sourcing seafood.

Other sectors have started catering to pets as well. Thonburi Healthcare Group, a major private hospital operator, will ensure homes in a high-end residential development it plans to open at the end of 2018 are pet-friendly. And private dog runs are cropping up in central Bangkok, where animals are typically banned from public parks. Doggie Doo, one such facility, offers popular swimming lessons.

"I come here every weekend," said Fluke Paphawinn, a man in his 30s. Swimming, he hopes, will help his pug Loakprun slim down. "She cannot swim by herself, but she really likes to come here and meet others," he said.

These businesses thrive in large part on a booming pet population, which took off in the early 2000s. "As the population ages and the nuclear family grows more common, people increasingly turn to pets as important partners," according to Taku Morikami, chief brand strategist at advertising agency Dentsu One Bangkok.

Thailand, alongside Singapore, is among the fastest-aging nations in Southeast Asia. People aged 65 or older will account for 19% of Thailand's population in 2030, up from 10% in 2015, the United Nations estimates.

Thailand's growing middle class, and the disposable wealth they possess, also play into rising pet ownership. By 2020, around 70% of the population will pull in between $5,000 and $35,000 in disposable income annually, according to Euromonitor.

More than twice as many Thai households keep dogs as do cats, thanks in no small part to Thailand's beloved, departed King Bhumibol Adulyadej, who in 2002 published a book about his own dog, adopted as a stray. The country's large devout Buddhist population, moreover, makes kindness to animals a central part of Thai culture: There are no facilities in the country that euthanize stray dogs.