The 32-year old behind Ping An's shopping spree in Japan

From Tsumura's medicines to Ascot's condos, Kui knows the Chinese will buy The strategy is a direct one -- pick out companies in Japan looking to boost value and growth potential and tap Ping An's extensive customer base at home.

Kui, the managing director at Hong Kong-based China Ping An Insurance Overseas (Holdings), has teamed up with Takeshi Nakabayashi, CEO and chief investment officer of Japanese unit Ping An Japan Investment, to seek out lucrative opportunities in the country.

On Sept. 22, Ping An decided to buy a 10% stake in Japanese traditional medicine and herbal drugmaker Tsumura. for about 27 billion yen ($240 million), becoming the largest shareholder. This followed the acquisition of stocks of Tokyo-based real estate developer Ascot. 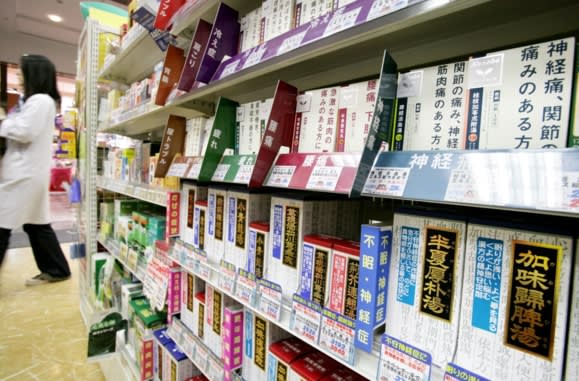 Japan's herbal medicine, including those that help reduce pain and fatigue, are popular among Chinese tourists.

"The technologies and services of Japanese companies deserve high praise, but Japan's domestic market is shrinking due to a declining population. China's huge market holds a lot of potential for them," he said.

Last winter, through the introduction by an acquaintance, Kui met with senior management at Tsumura where he pitched the idea of putting Tsumura's herbal drugs on the Chinese market.

"China's market is massive. Tsumura's Chinese medicine will definitely sell," he convinced them.

China is a major producer of herbal medicines, but counterfeit and low-quality drugs are rife -- one reason Chinese tourists are so keen to stock up on Tsumura products while in Japan. In July, the Chinese government was forced to bring in legislation governing the sector. ZhongAn benefits from the 'Ma effect'

The two companies have set up a joint venture in China to market Tsumura products by capitalizing on Ping An's more than 1.1 million insurance sales personnel and its online medical consultation service.

There are also plans to set up a quality control base and a research and development center in the country to guarantee a supply of high-quality medicines.

The government in Beijing has loosened long-standing regulations on insurers taking their money overseas, allowing them to invest up to 15% of their total assets abroad.

Kui, who had studied in Japan, was made responsible for investing in the country after pitching the idea to Ping An Chairman Ma Mingzhe.

The first foray involved buying shares in Ascot, 72.8% of which is now held by Ping An. "Ascot will develop high-end real estate in Japan. Ping An will introduce these projects to our clients, who could be potential buyers," Kui said. The Tsumura deal aims at bringing the Japanese product to China. The Ascot deal, on the other hand, aims to bring the affluent Chinese customer to Japan.

Many Chinese companies investing abroad have been the subject of international criticism.

Kui is well aware of this, and had in fact wanted to invest more in Tsumura, but was put off by the possibility of arousing suspicion in Japan -- hence there are no plans to increase the stake, he said.

The Chinese government, which has otherwise supported overseas investment, has also hardened its position and demanded banks report the financial conditions of companies buying assets abroad.

Anbang Insurance Group, which bought the Waldorf Astoria New York, fell afoul of the authorities in Beijing and the head of the company was arrested.

Yet Kui seems unconcerned, insisting the government is only trying to regulate investment in physical property, so his company ought to be spared. He also believes the regulations are only temporary and the trend of investing overseas will not change in the mid- to long term.

Ping An, which has interests in banking in addition to investment and insurance, has about 6 trillion yuan ($910 billion) worth of assets.

Three sectors have been earmarked for future investment: cosmetics, daily necessities and other consumer goods and services; health care, including both pharmaceuticals and nursing care; and food, including restaurants.

Unsurprisingly, these are all areas in which Japanese companies enjoy a high reputation in China.

The size of China's herbal drug market amounts to around $90 billion.

With some 130 million clients -- not far off the entire population of Japan -- achieving a 1% market share is a highly achievable target.

The concept seems simple enough -- pairing high-end companies in a shrinking market with a huge client base hungry for quality in another. If Kui plays his cards right, everyone could emerge a winner.