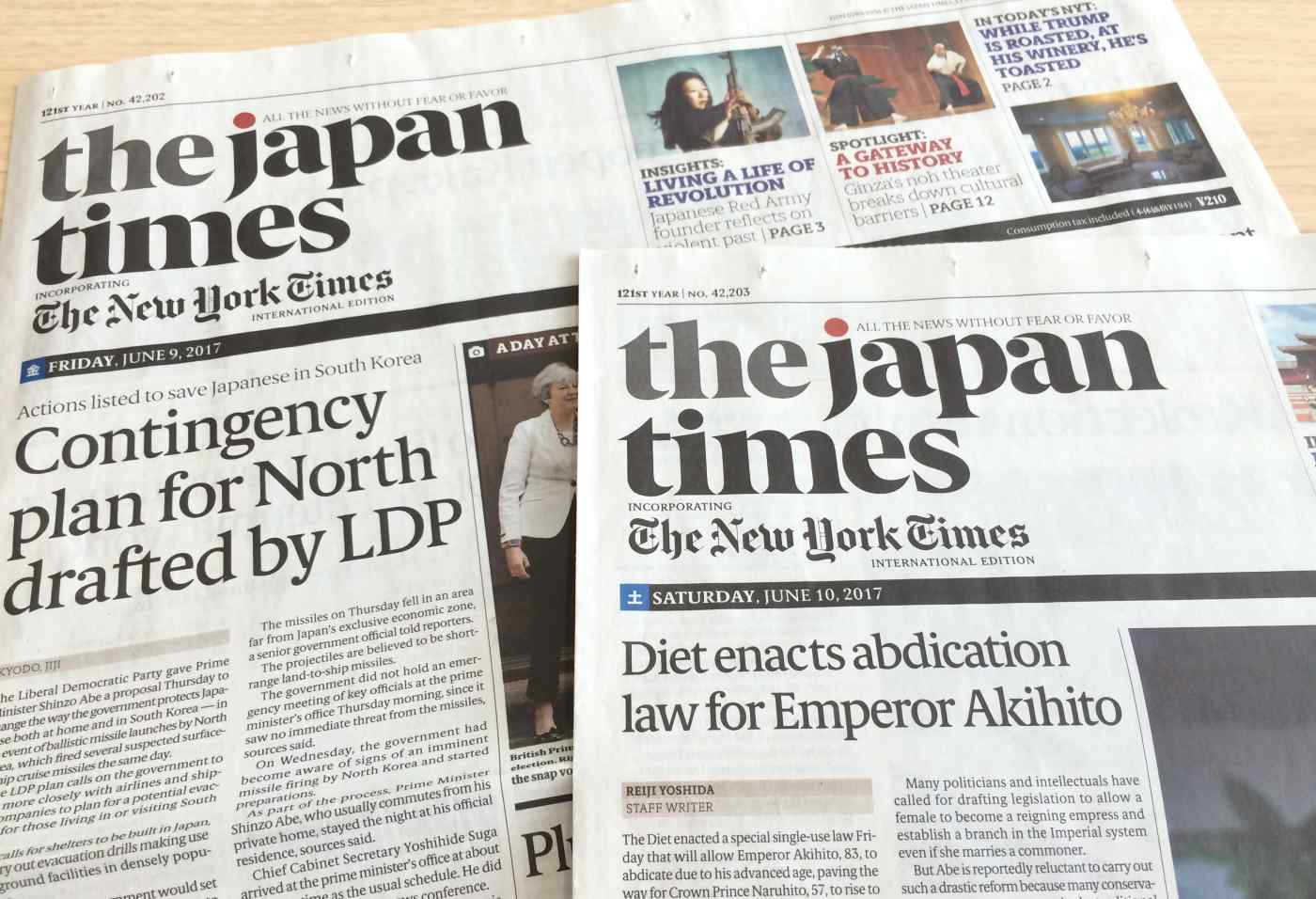 TOKYO -- Japanese autoparts maker Nifco has decided to sell The Japan Times, an English-language daily newspaper, to Tokyo-based public relations company News2u Holdings for an undisclosed amount at the end of June.

Nifco purchased the paper in 1996 because its U.S.-educated founder and president at the time, Toshiaki Ogasawara, wanted to bring news from Japan to the world. But following Ogasawara's death last year, the company decided the time was right to sell The Japan Times.