The 'driverless' car and internet orders 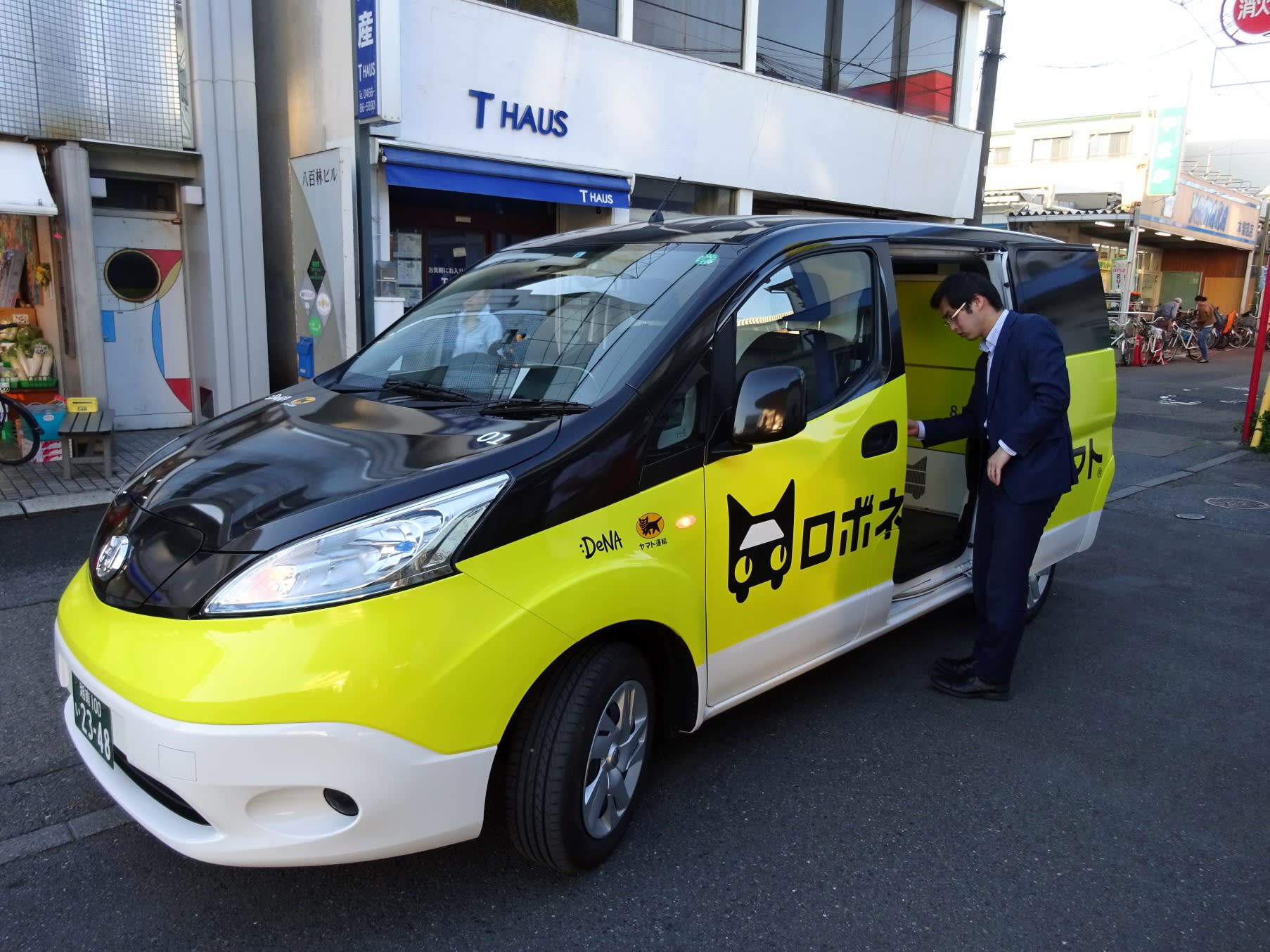 TOKYO -- Yamato Transport, one of Japan's biggest parcel delivery companies, is covering "the last mile" -- the one to the customer's door -- with three self-driving vehicles.

So no more worrying about deliveries being attempted while you're at work or otherwise away from home -- at least if you live in the test zone, which covers parts of Fujisawa, Kanagawa Prefecture, southwest of Tokyo.

The driverless cars use technology from DeNA and can rendezvous with you at your convenience. (They are test cars, so they do have "drivers.")

The trial runs through next March.

Yamato covers the neighborhoods with 10 delivery vehicles on weekdays, but "the area has many double-income households, and the "redelivery" rate is higher than other areas' 20%," said Kazuo Hatakeyama, manager of Yamato Transport's network business development division.

The Roboneko delivery service enables those awaiting deliveries to receive parcels near stations or along the sides of roads. Users can pick delivery times in 10-minute increments.

The service is available from 8 a.m. to 9 p.m. -- Yamato's regular delivery hours. It is expected to reduce the number of "redeliveries" -- when drivers have to try second or third times to hand over parcels.

The Roboneko, or robot cat, service could end up helping to solve the Japanese logistics industry's labor shortage.

Yamato is running a second trial in the same area -- Roboneko Store -- that makes use of the same vehicles. The service delivers online orders from supermarkets, grocery stores and confectionery shops to designated places at certain times.

The vehicles are specially equipped with eight storage lockers, two of which are refrigerated.

I decided to give the service a try. I ordered tiramisu from a local bakery, Pourquoi. I asked for it to be delivered at the foot of a bridge that faces a beach.

I was enjoying the early evening ocean view when I got a call on my smartphone from an unknown number. I pressed the call button to hear a recorded announcement that the Roboneko van would arrive shortly. Soon enough, a yellow and black Roboneko Yamato vehicle pulled up in front of me.

When I opened a door on the side of the van, I found a touch screen. The No. 7 box opened automatically when I chose "receive" and flashed the QR code on my smartphone. I took out my chilled tiramisu from a refrigerated box and closed the door. The "driver" had watched me pick up my order, then went back to the driver's seat. The car drove off.

On the day I received my treat, the same van delivered orders to four or five women in their 30s to 50s.

The plan is to make the vehicles completely driverless.

I can see the services catching on.