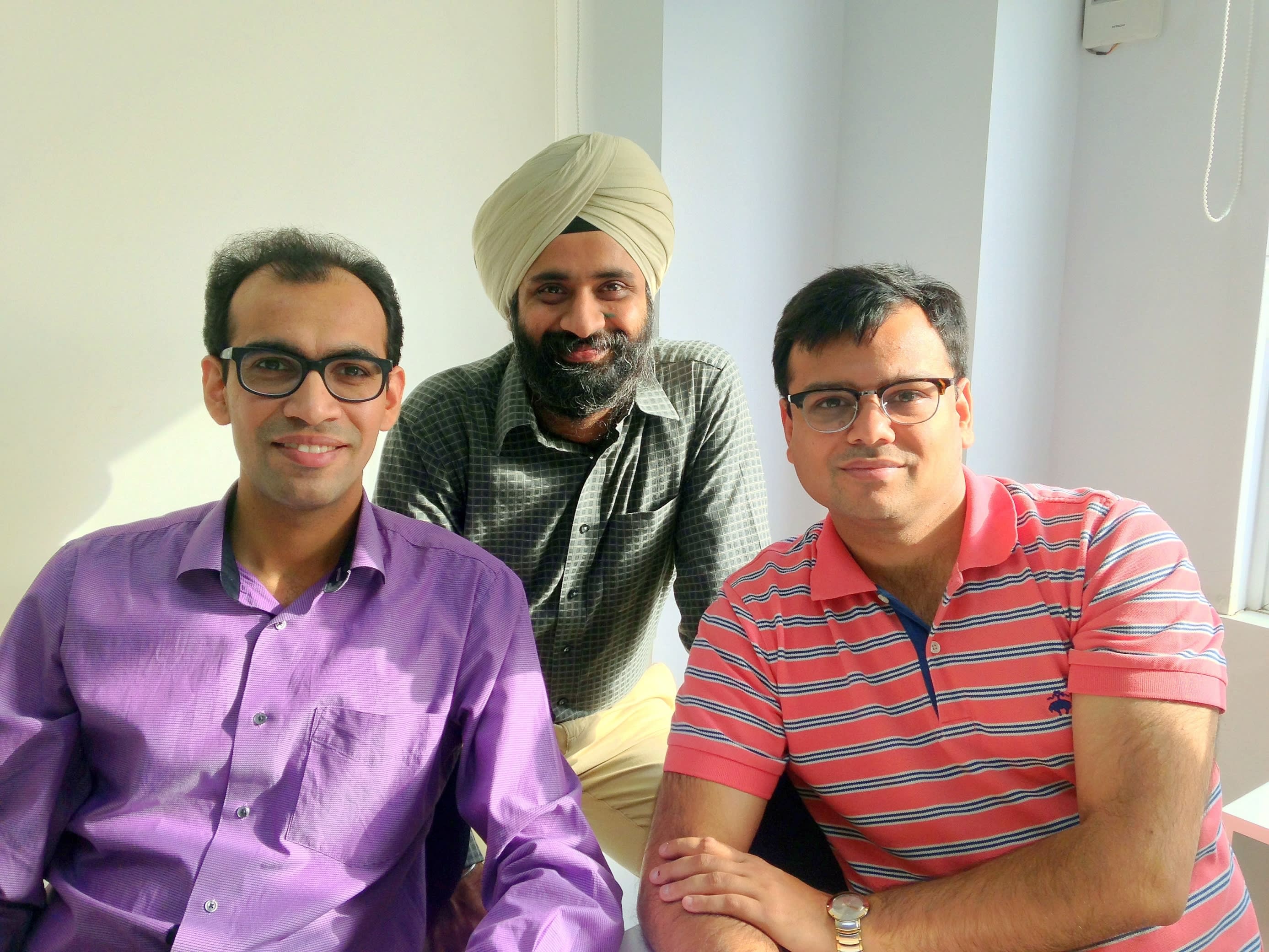 NEW DELHI   India is fast becoming a hotbed for technology-driven startups, many of which are led by entrepreneurs from a group called the Agarwals, often with engineering degrees from the country's top technology institute. 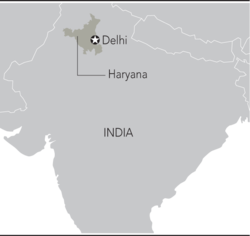 Newer companies, including NoBroker, an online real estate startup, and Droom, a portal for used cars, are also headed by members of the community.

ENTREPRENEURIAL SPIRIT   Agarwals, especially the men, have been engaged in businesses big and small -- clothing retailers, restaurants and grocery stores -- for ages and are known for being good with numbers. "Early exposure to the business environment, accompanied by a strong emphasis on boys' education, plays a decisive role in developing a sharp business acumen among men of the community," said Duru Arun Kumar, an associate professor of sociology at the New Delhi-based Netaji Subhas Institute of Technology.

Bangalore-based Flipkart, India's largest online retailer, valued at $15 billion, was founded in 2007 by 34-year-old Sachin Bansal and Binny Bansal, 33. In 2014, they acquired fashion portal Myntra, which was also co-founded by a member of the Agarwal community, Mukesh Bansal, 40.

The three Bansals are not related. But apart from their surnames they have something else in common: They are the alumni of the prestigious Indian Institute of Technology, which has turned out such members of the elite as Reserve Bank of India Gov. Raghuram Rajan, Infosys co-founder Nandan Nilekani, SoftBank Group President Nikesh Arora and Google CEO Sundar Pichai.

Before the entrepreneurship bug bit the Flipkart duo, they worked for Amazon.com in Bangalore -- Sachin for a year and a half and Binny for less than a year. The two decided to quit their software engineering jobs to launch their own e-commerce venture.

Another well-known Agarwal in the online retail sector is Snapdeal's chief operating officer, Rohit Bansal, who co-founded the company in 2010 with school friend Kunal Bahl. The 32-year-olds are also engineering graduates from IIT. Gurgaon-based Snapdeal is valued at $6.5 billion.

Kunal said Snapdeal owes its existence to a roadblock in his career. He had gone to the U.S. to continue his studies. Later he got a job offer from Microsoft in Seattle, but his work visa was rejected. "When I came back to India I didn't want to work for anyone," Kunal said, "so I called up my best friend from school Rohit and we said, 'Let's just start something,' so we started something."

Bhavish Aggarwal, 29, of Ola Cabs, a company founded in Mumbai and now based in Bangalore, is another famous member of the community. Bhavish worked for Microsoft Research India for two years before co-founding Ola in 2010 with Ankit Bhati. The company claims to control 80% of the online taxi market in India. The co-founders are also both IIT alumni.

IN THE BLOOD   "There's something in the blood of the Agarwal community that they find it not so difficult to start a business," said Vishal Bansal, 35, co-founder of Gurgaon-based energy data analytics company Zenatix, which he set up with IIT classmates Amarjeet Singh and Rahul Bhalla in 2013.

But he is quick to add the Agarwal factor could be a coincidence. "It wouldn't be fair to say that some people did well because they belong to a particular community. I would rather give credit to their hard work," Bansal said, pointing out that mobile payments and e-commerce company Paytm's founder Vijay Shekhar Sharma and Snapdeal's Bahl are successful entrepreneurs from other communities. He also notes that more and more IIT alumni are taking the plunge into entrepreneurship now, compared with a decade ago. "When I graduated from IIT in 2002, all people cared about was going to the U.S. and taking up a good job. We didn't have any role models in the startup mode then. There was no environment of funding or external support."

But then Flipkart and Snapdeal happened and an increasing number of IIT graduates came to believe they could create their own success stories. A culture of entrepreneurship started growing. "Things changed drastically after 2007-2008, when the foreign funds started investing in startups in India," said Vishal.

EXCEPTIONS TO THE RULE   There are, of course, Agarwals who have made a mark without an IIT degree. Ritesh Agarwal is one. The 22-year-old is founder and CEO of India's largest budget hotel aggregator, OYO Rooms. He is India's first recipient of the Thiel Fellowship, a program started by PayPal founder Peter Thiel for college dropouts. In January, he made Forbes' annual list of high achievers under the age 30.

The Gurgaon-based OYO -- short for "on your own," was born in 2013. It is now present in 160 cities and has about 4,500 partner hotels. In his teenage years, Ritesh said, he was drawn toward doing innovative things, and had already started selling consumer products and mobile SIM cards. "Since I was a young child, I always had the inclination of creating an impact. ... In this process I realized that at some point of time in my life I [would] become an entrepreneur," he said.

Whether or not their education includes IIT, the Agarwals are making a name for themselves. Among the long-established entrepreneurs from the community are steel tycoon Lakshmi Mittal of ArcelorMittal, Subhash Chandra Goel of Zee Entertainment Enterprises, Naresh Goyal of Jet Airways, Anil Agarwal of Vedanta and Sunil Mittal of Bharti Airtel.

"The new generation of Agarwals has become bolder. Earlier, most of them would continue with their family businesses, but now they are taking difficult decisions, which has helped some of them to grow bigger," said Zenatix's Vishal.

While the community appears to dominate the offline and online business world, Vishal points out that the much bigger and highly successful Indian conglomerates, the Tata and Godrej groups, are run by the Parsi or Zoroastrian communities.

Navneet Tayal, a New Delhi-based chartered accountant who is also an Agarwal, says people from his community were traditionally traders, "so naturally entrepreneurship is in our DNA for thousands of years now. However, in modern times you also see an increasing number of Agarwals taking up professional jobs and not sticking to business only."

HAPPENING PLACE   According to a study by Nasscom, an Indian software industry trade group, and consultancy Zinnov, India has become the world's third-largest center for technology startups, after the U.S. and the U.K., with over 4,200 of these companies created in 2015, an increase of 40% in just one year.

The total funding of Indian startups was estimated at nearly $5 billion last year, an increase of 125% compared with 2014.

The report also says 66% of startups are concentrated in Bangalore, the New Delhi region including Gurgaon and Noida, and Mumbai. Global funds and companies such as Tiger Global Management, Sequoia Capital, Warburg Pincus, Alibaba Group Holding, SoftBank Group and Hon Hai Precision Industry, better known as Foxconn, are betting big on the Indian market. India is also the youngest startup nation in the world, with 72% of the founders under 35 years old, according to the report.