SEOUL "Gangnam Style" catapulted the upscale district in the South Korean capital to global prominence, but Gangnam had an international reputation long before pop star Psy's catchy tune and distinctive dance became an internet phenomenon. Every year, the district's hundreds of cosmetic surgery clinics attract hundreds of thousands of patients, both from overseas and at home. 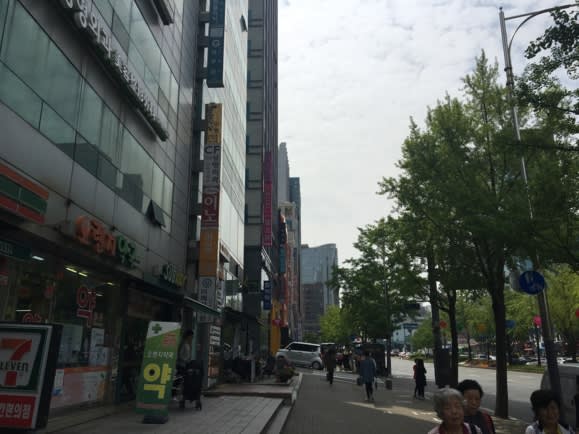 These prospective patients include people from China, Japan and Southeast Asia, all flocking to the nation's most affluent district in search of first-class treatments using state-of-the-art technology.

THE SOUND OF CHANGE Surgeon Kim Hyung-tae has pioneered a technique and technology for changing a patient's voice.

"He changes the voices of transgender people, as well as those of singers and other people," South Korea's Deputy Health Minister Kim Gang-lip said. "His surgery skills have become the global standard and are drawing many patients from all over the world."

Yeson Voice Center, which Dr. Kim runs, offers a procedure called vocal-fold shortening and retrodisplacement of the anterior commissure, or VFSRAC. This procedure modifies the folds in male vocal chords to resemble those of female vocal chords. Using the latest surgical techniques allows doctors to remove a third of a patient's vocal-fold membrane and internal tissue without making an incision in the skin. According to Yeson, Kim mastered the skills through years of experiments on animals. "It is the safest and most effective way of feminizing one's voice," a representative of the clinic said.

Another game-changer is stem-cell treatments, which have the potential to significantly improve a patient's skin. They are already being used in anti-aging procedures, as they can reproduce cells.

According to the health ministry, 300,000 foreign patients visited South Korea for medical treatment in 2015, up from 267,000 a year before. Cosmetic surgery patients accounted for the second largest portion of that number, behind only those for internal medicine. 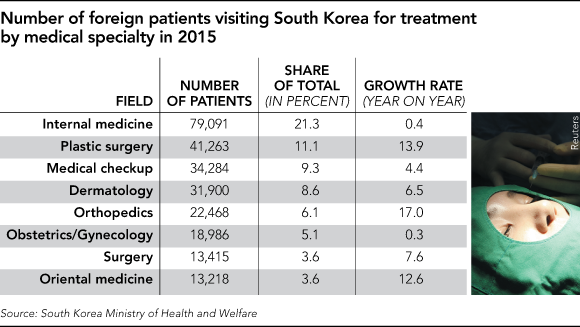 ROOM TO IMPROVE How have South Korean cosmetic surgeons been able to build up such a strong reputation? Kim Byung-gun, founder and director of BK Plastic Surgery Hospital, said the reason is similar to why South Korean female golfers have been so successful internationally.

"Many female Korean golfers are succeeding in the LPGA because they already survived tough competition in the Korean league," Kim said, speaking at his 15-floor clinic in Gangnam. "Korean cosmetic surgeons have to compete fiercely to survive and prosper here. That enables us to build competitive skills and experience in surgery and treatments."

Kim, a 53-year-old veteran of cosmetic surgery, said medical technology has developed rapidly over the last decade, with lasers and other devices boosting the effectiveness of treatments while reducing their risks and side effects. He cited high-intensity focused ultrasound, which is used in anti-aging skin lifts, as an example.

"With the HIFU machine, we can treat under the skin without cutting or chiseling, because each beam passes through tissue with little effect except at the focal point where the beams converge," Kim said.

He also pointed to South Korean patients' demands as another factor spurring advances in the sector. These patients, Kim said, often want drastic changes to their appearance, and this challenges doctors to develop their skills to ever greater degrees. Kim Gang-lip, the deputy minister, said South Korea's breast reconstruction surgery is also among the best in the world. "The core of this segment is reconstructing the breasts of breast cancer patients. Our general hospitals have the best doctors in the field." 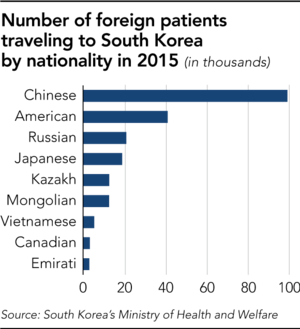 Still, the country lags behind the U.S. in terms of medical technology, Kim said, and the government is considering investing in research and development in the field.

HOMEGROWN TECHNOLOGY "We are considering supporting home-grown developers in medical machinery. We know that AI will lead innovation in the next generation."

KT is one of South Korea's leaders in medical technology, the health ministry said. The company established the KT Institute of Convergence Technology, which has made strides in the bioinformatics business. It is also developing a tele-treatment business in cooperation with general hospitals.

The Samsung group is also investing in the biopharmaceutical business. It set up Samsung BioLogics and Samsung Bioepis to develop biosimilar drugs for the global market. Bioepis was licensed in the U.S. in April to sell a biosimilar medication.

A biosimilar is a biological medical product that is an almost identical copy of a product originally manufactured by another drug company, usually a global leading player. They can be produced when the original products' patents expire. 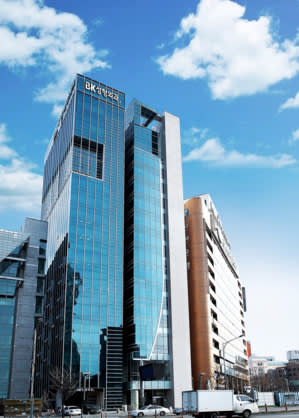 South Korea's Celltrion leads the global market for biosimilars. The company's auto-immune biosimilar Remsima accounts for 40% of the market in Europe, having replaced Janssen's original drug Remicade. This month Celltrion also won sales approval for Truxima, another biosimilar, in Europe, paving the way for an even stronger presence in the world's second-largest market, behind only the U.S.

Botox and its biosimilars help erase wrinkles, usually on the face, by freezing nerves.