The market kicks in as the driving force in Vietnam's economy 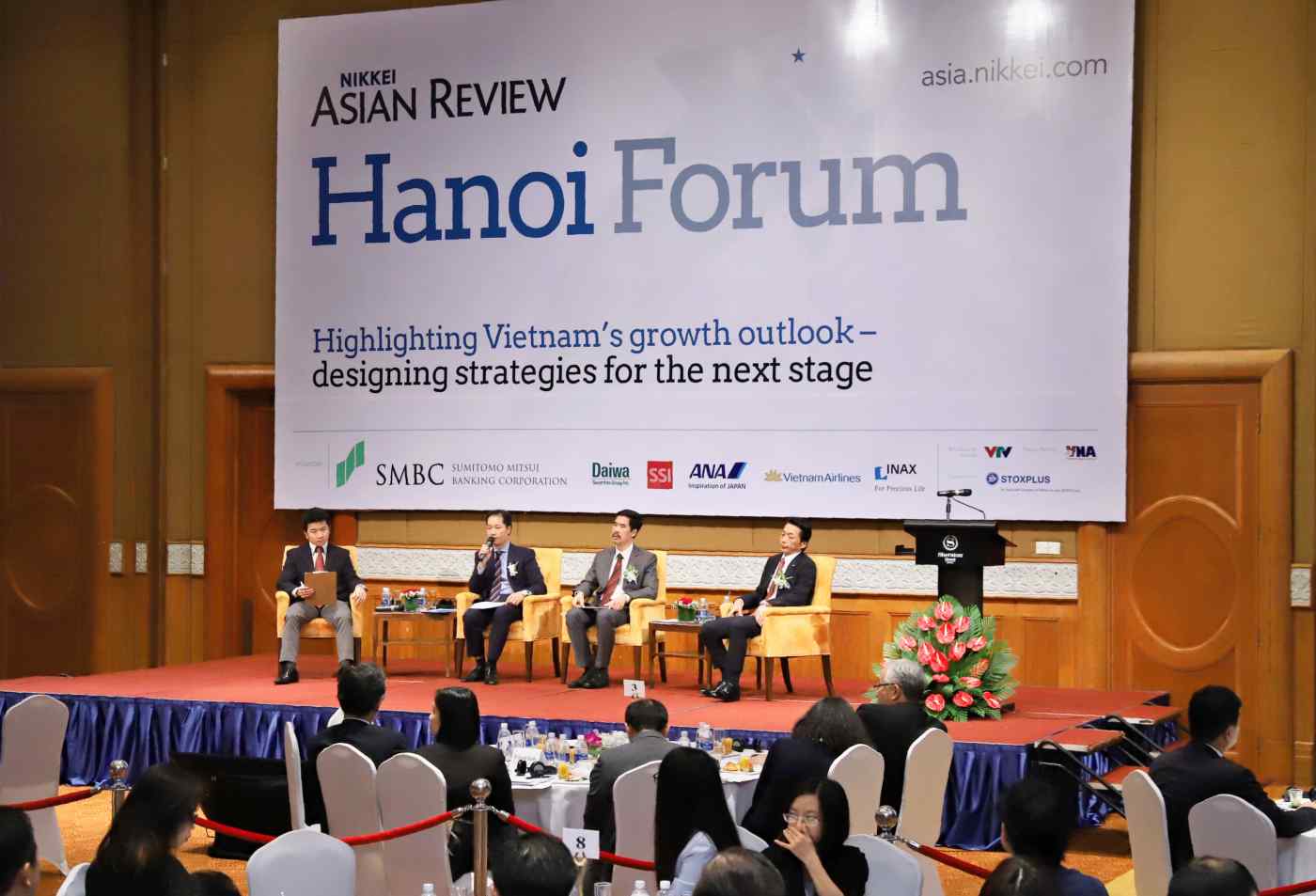 HANOI Next year is expected to bring a flurry of stock listings by Vietnam's state-owned enterprises -- a development executives say symbolizes the country's shift from a government-led economy to one powered by market principles.

The "new driving force of Vietnam is the acknowledgment that the state will not mobilize or distribute or regulate resources, but direct [companies] via policies," Nguyen Duy Hung, chairman and chief executive of Saigon Securities, said on Nov. 15 at the Nikkei Asian Review Forum in Hanoi.

Already, the government's changing approach is encouraging companies to be more proactive about expanding their businesses, spurring positive changes in the economy that will "promote a better environment for both local and foreign investors," Hung said.

While the government has moved to allow greater foreign ownership and is pushing its approximately 700 SOEs to list, the pace of initial public offerings has been slow so far.

Progress is expected to pick up in 2018, however, as the government is warning there will be consequences for those in charge of state companies that miss the deadline for restructuring and equitization.

Shosuke Mori, deputy head of international banking at Sumitomo Mitsui Banking Corp., noted that the SOE sector has seen slower growth than the private sector and foreign-owned companies in Vietnam. "I think SOE reform will be the key in driving the evolution of the Vietnam economy," Mori said.

Nguyen Quoc Khanh, executive director of research and development at Vietnam Dairy Products (Vinamilk), said the company will "improve itself in every field" to attract investors. Vinamilk was the first in the country to completely remove limitations on foreign ownership, paving the way for international investors to hold more than 58% at present. Large shareholders include Singapore-based peer Fraser and Neave.

In the background of all this is the Trans-Pacific Partnership trade agreement, to which Vietnam is a party. Saigon Securities' Hung said the TPP negotiations have prompted domestic companies to adhere to international business standards, further improving the environment for investors from abroad.

BRANCHING OUT Meanwhile, Pham Hong Son, vice chairman of the State Securities Commission of Vietnam, said his organization is planning to launch bond futures at the local stock exchange.

"Besides covered warrants products to be launched later this year, we are planning to launch government bond futures next year," said Son during his opening speech at the forum. This follows the opening of the derivatives market at the Hanoi Stock Exchange in August this year.