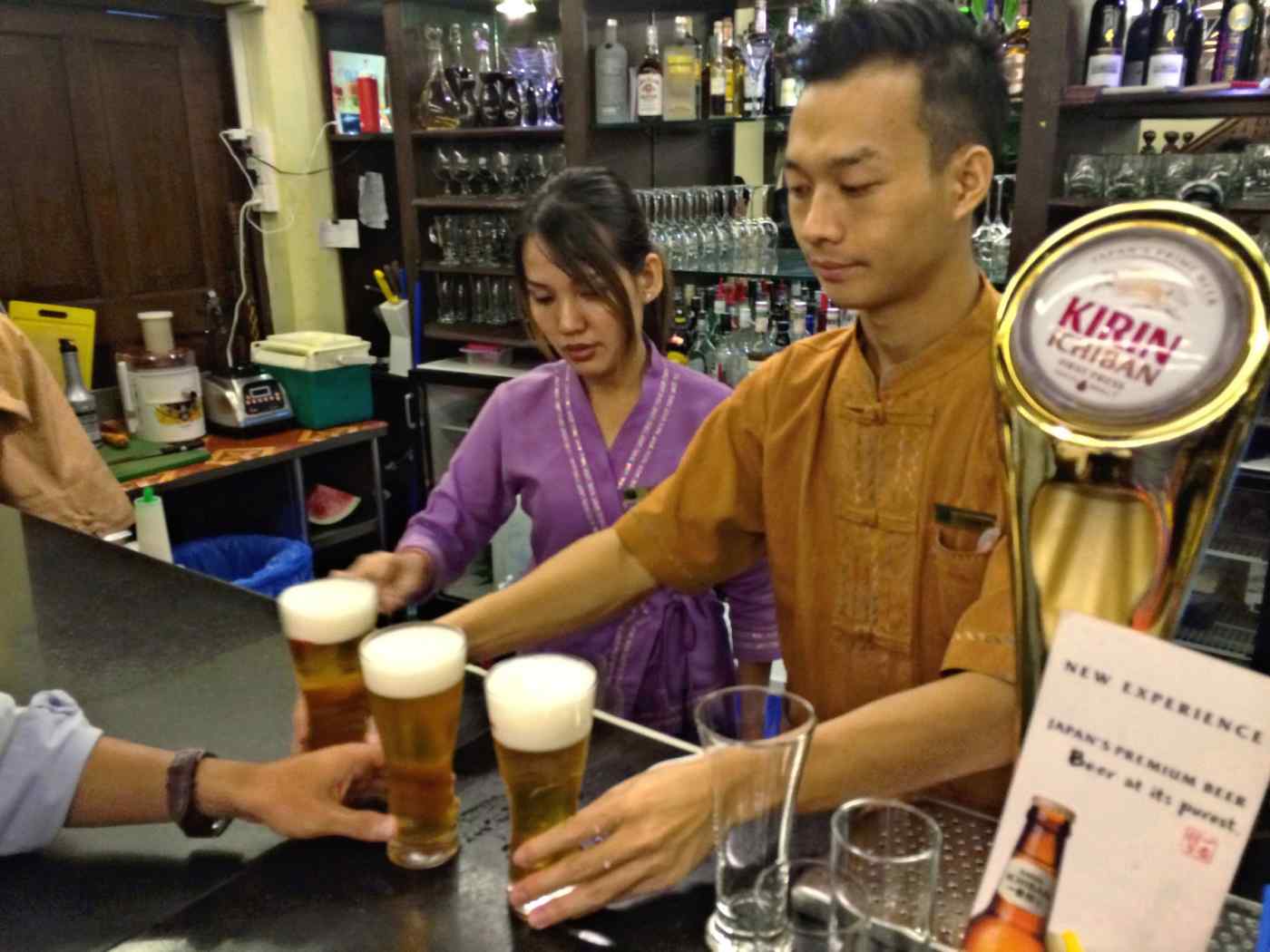 YANGON/TOKYO -- Although Buddhist temperance and decades of economic stagnation had curbed beer demand in Myanmar, the booming Southeast Asian country is attracting a slew of foreign breweries with its exceptional growth prospects.

Japan's Kirin Holdings and Dutch company Heineken are among those flocking to the market, which was opened after the democratization process began in 2011.