This year's Singles Day is a clash of titans: Alibaba vs Tencent 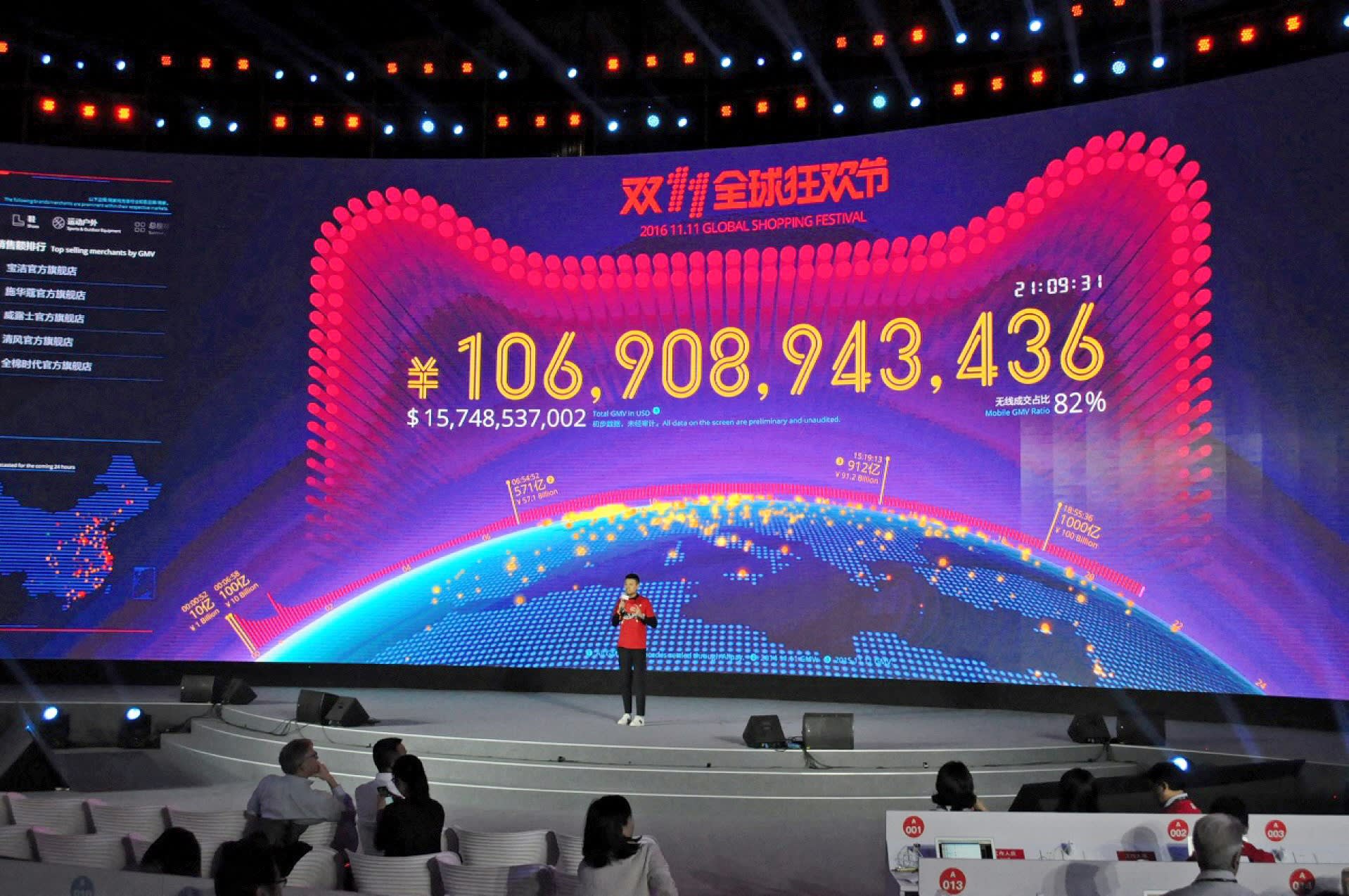 HONG KONG -- Singles Day, China's biggest online shopping day, is next week. Alibaba Group Holding accounted for 71% of Singles Day-related gross merchandise volume last year but could be on the defensive this time around as rival JD.com is enlisting teammates, including the formidable Tencent Holdings, to take a bigger slice of the pie.

China's e-commerce giants are also looking to expand their reach beyond China, including Southeast Asia.

Market participants believe Alibaba's 24-hour gross merchandise volume -- the total value of goods sold at a particular marketplace during a certain time frame -- will hit 150 billion yuan ($22 billion) on this year's Singles Day, up 24% from the previous year. More than 140,000 companies and brands are participating this year, up some 40%. The number of foreign e-tailers will also see a significant jump to 60,000.

The collaboration involves Tencent's instant messaging and payment app WeChat, which has more than 900 million users. WeChat data will be used for online sales promotions. As for Walmart, its 400 stores in China will help to fulfill customer orders.

Some investors and analysts worry that "competition with JD.com may push down Alibaba's profit margin," a representative of Maybank Kim Eng Securities said.

Alibaba-affiliated delivery service Cainiao Network and other Chinese logistics companies said they will deploy a combined 3 million delivery men and women for the occasion.

To encourage more consumers to shop online, Alibaba is holding See Now Buy Now, a fashion show that will bring together international brands such as Ralph Lauren, Estee Lauder and Furla. Consumers can watch the show on their smartphones and easily tap away to place orders for items they fancy.

JD.com is offering free deliveries to Hong Kong, Macau and Taiwan from Nov.1 to Nov. 14. Alibaba, meanwhile, is making more than 100 Chinese brands available to overseas consumers for the first time.

Lazada Group, a Southeast Asian subsidiary of Alibaba, will hold a sale from Nov. 11 to Dec. 12, expecting demand from the region's large Chinese immigrant population.

Alibaba's New York-listed shares have soared some 90% this year, while those of JD.com have risen nearly 50%.