Thousands of ATMs in Indonesia halted by Telkom's satellite disruption

Eleven banks affected in archipelago which relies on space communications 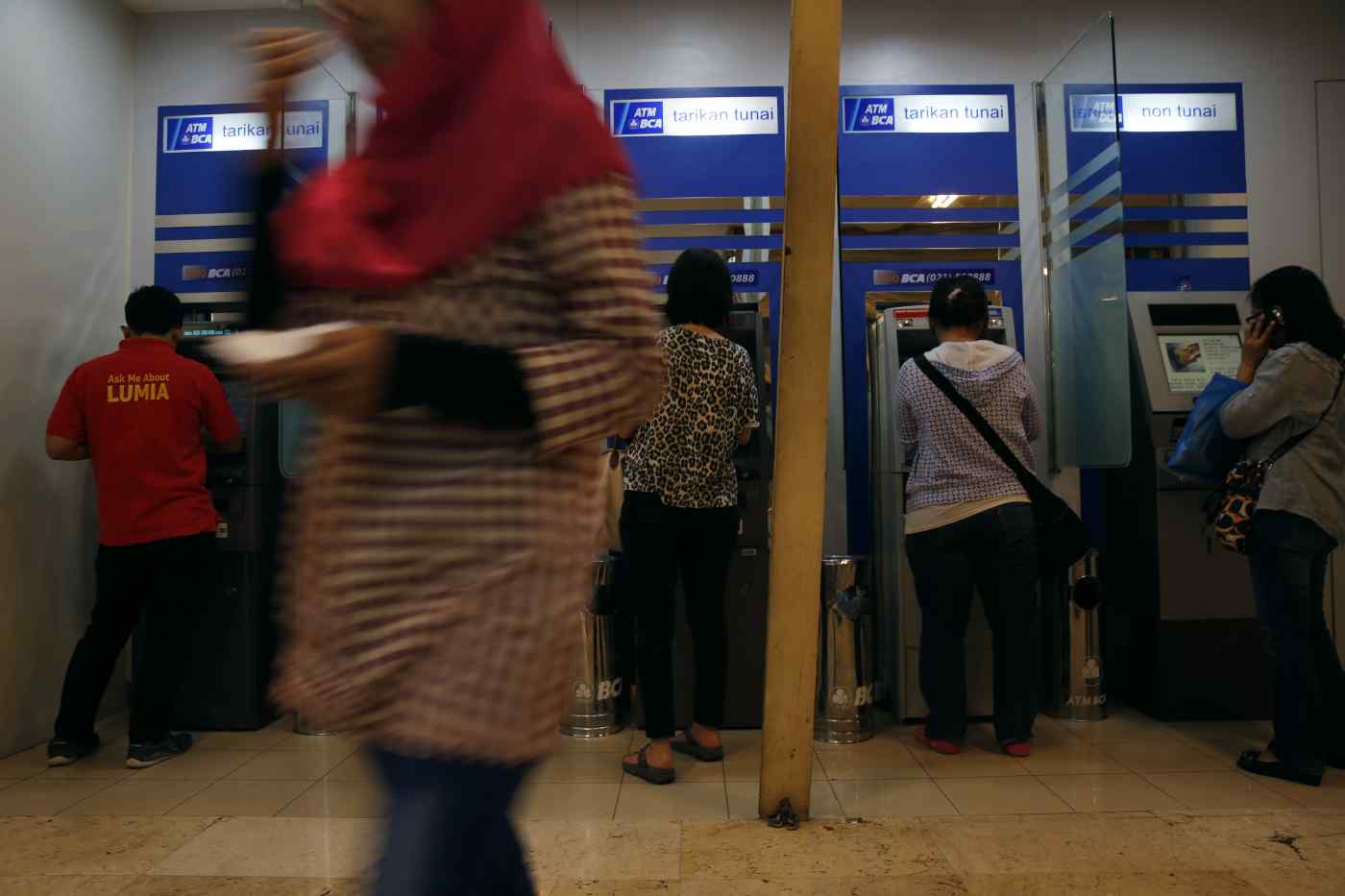 About 30% of Bank Central Asia's ATMs were affected over the weekend due to a technical issue with a satellite.   © Reuters
WATARU SUZUKI, Nikkei staff writerAugust 28, 2017 23:42 JST | Indonesia
CopyCopied

JAKARTA -- Thousands of ATMs in Indonesia have stopped working due to technical issues at a satellite operated by the state-owned telecommunications company.

Telekomunikasi Indonesia, known as Telkom, on Monday said there had been "technical disruptions" on its Telkom-1 satellite since Aug. 25, and it has been unable to restore its connectivity. The company is migrating customers, which include banks, companies and government agencies, to other satellites.

"There could be a possibility that Telkom-1 cannot operate anymore," it said. Telkom-1 was launched in 1999, and was expected to operate until at least 2019.

Over the weekend, shoppers in Jakarta began complaining on social media platforms about being unable to use ATMs and electronic payment machines. Banks in Indonesia, an archipelago of some 17,000 islands, still rely on satellite communication technology to operate their ATM and branch networks.

Some 5,700 ATMs run by Bank Central Asia, the country's largest private lender, are still inoperable, its President Jahja Setiaatmadja told reporters on Monday. It will take up to three weeks to restore them to their normal condition, he added.

Around 2,000 ATMs run by Bank Mandiri, the largest state-owned bank, were also affected. But a spokesperson said most of them were already operating normally again.

A Bank Indonesia official told local media that a total of 11 banks were affected by the disruption. Agus Martowardojo, governor of the central bank, called on banks to set up call centers and have a backup satellite provider.

Cash still dominates payments in Indonesia, but the growth of digital banking has led to a rise in demand for satellites in recent years. Telkom launched its ninth satellite in February, and plans to launch another one next year. Bank Rakyat Indonesia, a state-owned bank that targets small businesses, launched its own satellite last year to deal with rising satellite leasing costs.

Shares of Telkom, the country's largest publicly-listed company by market capitalization, fell 0.4% on Monday. The company said the impact to its financials were minimal, with the satellite leasing business representing only 0.6% of total revenue. Shares of Bank Central Asia and Mandiri were mostly unchanged.