To conquer Asia, Netflix will have to do it one market at a time 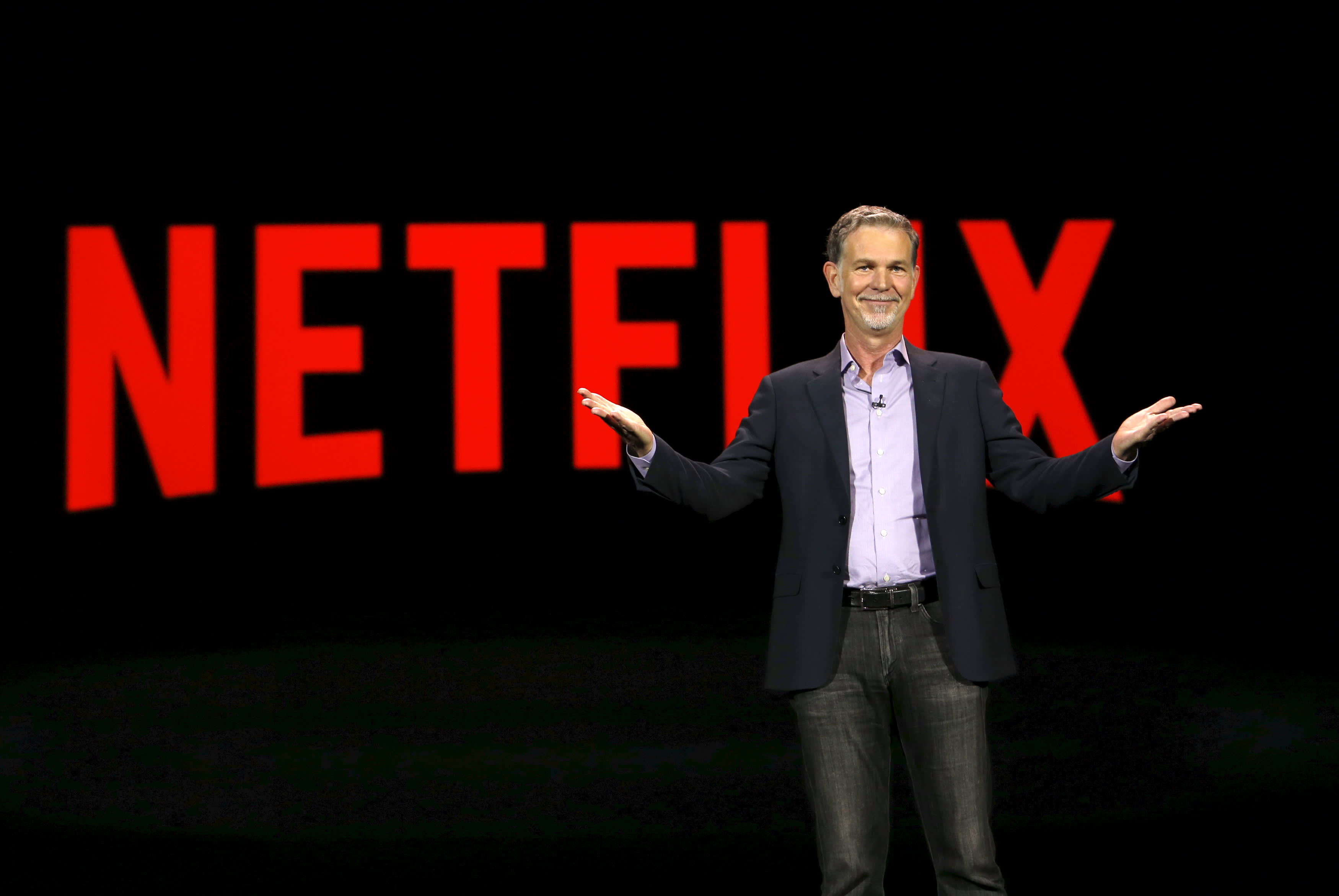 Living in a country with notoriously strict media censorship, many Singaporeans routinely turn to foreign websites to satisfy their appetites for information and entertainment. As Netflix made a global name for itself with original shows and movies, the U.S. online video streaming service proved a hit with Singapore's media-savvy populace.

Though Netflix officially limits the availability of its U.S. service to users in America, Singaporeans were able to get around that restriction by using virtual private networks, or VPNs, to make it look as if they were accessing Netflix from within the U.S.

But then Netflix massively expanded the scope of its operations, rolling out official services in 130 new markets on Jan. 6. At the same time, it upgraded its technology to detect -- and thoroughly block -- VPNs and proxies that hide the physical location of viewers.

The response to its Singapore version has been lukewarm. Users have been disappointed with its lineup, which differs greatly from that of the U.S. version and lacks programs popular among Singaporeans, such as South Korean TV shows, kung fu movies and Japanese anime. Together with the crackdown on VPN access, the limited content of the official version seems to have dampened Singapore's earlier enthusiasm for Netflix.

UNMET EXPECTATIONS   When Netflix announced its global launch, many immediately wondered how much of its U.S. catalogue would be made available around the globe. The answer? It varies, as the company has determined to localize its offerings for each market and strictly follow the licensing terms set by each title's rights holders. This is to ensure that Netflix is in compliance with all local laws and regulations, such as censorship and age restrictions, even if its servers are not physically located in that specific country or region.

This stance has come as a disappointment to those who were expecting a global brand to provide a globally common service.

In Hong Kong, some people have threatened to cancel their subscriptions to Netflix's official local service after learning that world-famous TV shows, such as "House of Cards," will not be available in their market anytime soon due to licensing restrictions. "We look forward to offering all of our content everywhere," said David Fullagar, vice president of content delivery architecture at Netflix in his company blog in mid-January. But he also admitted they have "a ways to go" before they will be able to do that.

In the opposite direction, Netflix Indonesia is facing criticism that its localization has not gone far enough. State-owned telecommunications giant Telekomunikasi Indonesia, or Telkom, started blocking access to Netflix on its Internet connection service on Jan. 27. Telkom said Netflix has not met Indonesia's regulatory requirements, including obtaining an operating license. The carrier also claims that many of the videos on Netflix contain violence and sexually explicit content that is banned in the country.

Given that Netflix is available through other Internet service providers, the real reason Telkom has blocked Netflix might also have to do with revenue. The U.S. service poses a threat to Telkom's own paid TV and movie streaming businesses.

In a response to inquiries by the Nikkei Asian Review, a spokesperson for Indonesia's Ministry of Communications said it is still reviewing the company's regulatory status and content. But the spokesperson made it clear that it will request Netflix to establish a business entity in Indonesia.

Confusing practices and mixed messages underscore the lack of clarity and consistency in Indonesia's regulations, including its censorship rules on online content. The lesson for Netflix is that it will have to overcome sometimes irrational local hurdles if it hopes to succeed in new markets.

In India, only half of its 900 million adult population have a bank account, and only a fraction of those actually use their accounts. But a Netflix subscription requires payment by credit card. Furthermore, a typical Indian cable TV service offers around 200 channels for less than 300 rupees ($4.39) a month. Netflix subscriptions are priced at 500-800 rupees, depending on image quality and the number of screens users wish to stream on.

NOT ALONE   Netflix reported that it had 75 million subscribers worldwide as of December, of which about 45 million, or 60%, were in the U.S. "In any territory, we spend the first year just trying to make it better. We don't set ourselves a target," said Jonathan Friedland, Netflix's chief communications officer. It is believed, however, that the company expects to add about 6 million subscribers in the first quarter of 2016.

That is no easy task, as new contenders around Asia rapidly expand into the online streaming space.

Malaysia-based video streaming startup iflix began operating in Malaysia, the Philippines and Thailand in 2015. Now it plans to launch in other Asian markets, including Indonesia, Vietnam and Myanmar, and some countries in Africa, the Middle East, Latin America and Eastern Europe.

Iflix was founded by Singapore-born Australian entrepreneur Patrick Grove, and its shareholders include MGM and Evolution Media Capital of the U.S. Its catalogue includes both Hollywood hits and local content in Malay, Chinese and other regional languages. It has already secured more than 1 million subscribers since starting services in May 2015, according to its group chief operating officer, Azran Osman-Rani. Subscription rates start at 8 ringgit ($1.93) per month in Malaysia. Netflix subscriptions start at 33 ringgit ($7.95).

HOOQ, another video streamer, also made its debut in 2015. A joint venture between Singapore Telecommunications, Sony Pictures and Warner Bros., HOOQ has launched in the Philippines, India and Thailand, and it is partnering with local studios to offer more localized content. Subscriptions start at 149 pesos ($3.13) in the Philippines and 199 rupees ($2.91) in India.

Soon after Netflix's India launch, Tata Sky, a multichannel satellite TV operator, made its app-based streaming service, Everywhere TV, free for its subscribers. Tata Sky is a joint venture between Tata Group of India and 21st Century Fox of the U.S. Other players offering streaming services in India include Hotstar, a video streamer owned by Star India, a subsidiary of 21st Century Fox, and Box TV, a video streamer owned by The Times Group, India's largest media conglomerate.

Hong Kong-based Viu TV, an offshoot of telecom company PCCW, has started to stream popular South Korean programs through its app to subscribers in Hong Kong, Malaysia and Singapore. It is expected to offer many Chinese programs later this year. Le TV of China is paying the hefty sum of $400 million for the rights to broadcast Premier League soccer matches in Hong Kong. Le TV also boasts a rich library of both English- and Chinese-language content for its Internet and smart TV users in the region.

Mainland China is notably absent from the list of 190 countries and regions where Netflix is now available. Like other U.S. Internet giants, such as Google and Facebook, the company has made little headway in cracking the Chinese market. Foreign streaming companies have to play by Beijing's rules and work with a local partner if they wish to operate in the country. Netflix has been in talks with potential partners for more than a year. Meanwhile, U.K.-based MUBI, a streaming company that focuses on independent films, beat the U.S. company to the punch, launching services in China in January after forming a joint venture with Huanxi Media Group.

Asked about Netflix's plan in China, Friedland said: "China is a place you have to work very hard to understand the market and requirement of the authorities." He added: "As our CEO [Reed Hastings] said recently, it could happen soon, or it could happen quite a while from now."

PARTNER POWER   One of Netflix's key strategies for tackling local markets has been to find partners in each one.

It teamed up with Fuji TV, a major national terrestrial TV network in Japan, to jointly produce original TV shows when it launched the first service in Asia there in September 2015. Greg Peters, president of Netflix's Japanese subsidiary, told The Nikkei that it is inviting other TV networks, movie studios, anime studios and the like to jointly produce original Japanese content.

In Singapore, Netflix has partnered with dominant local telecom players Singtel and StarHub, which provide Netflix's TV shows on their pay TV services.