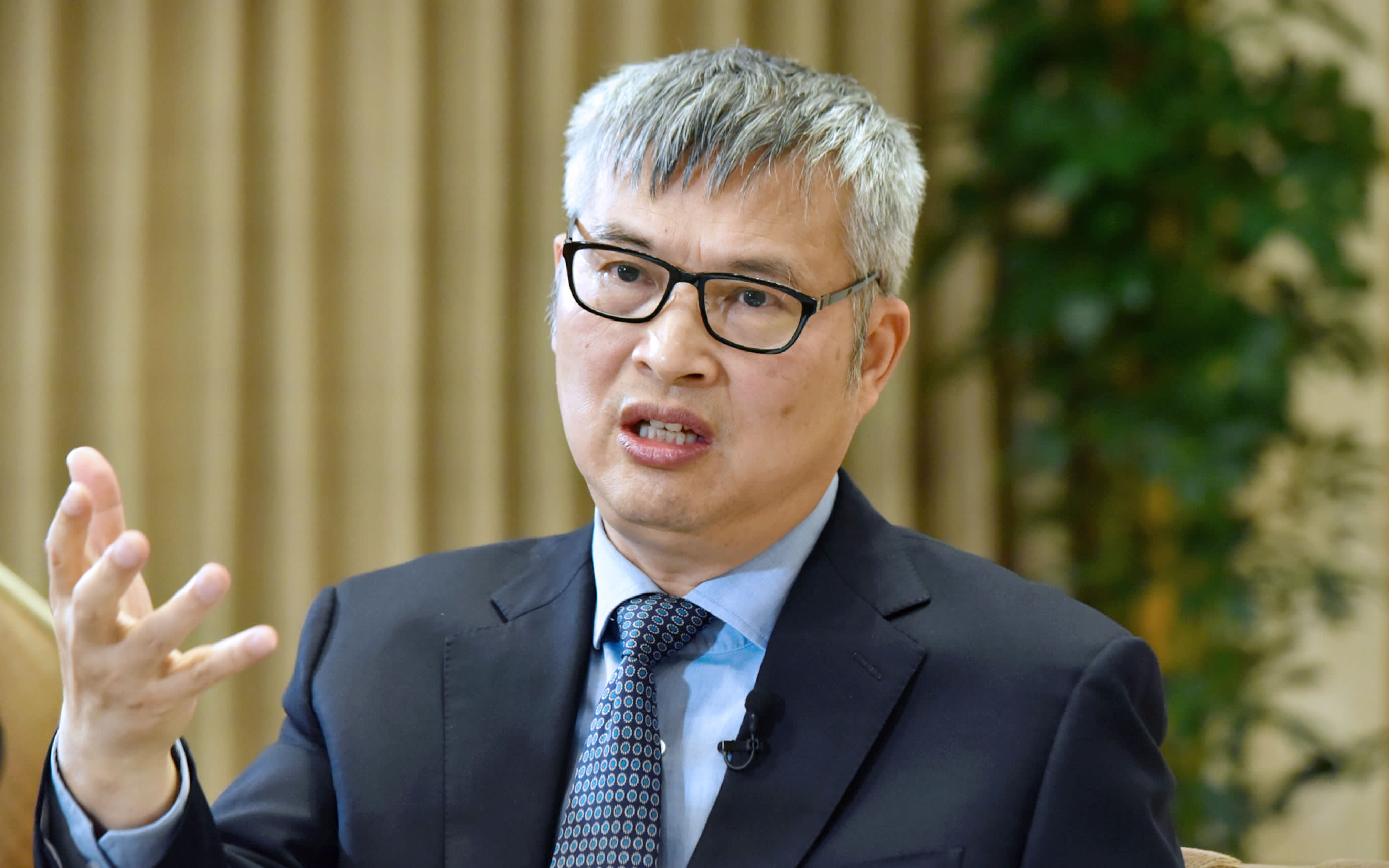 Wang's comments came against the backdrop of repeated threats by U.S. President Donald Trump to slap stiff tariffs on Chinese imports and speculation that state-controlled BOE, backed by the Beijing city government, could be interested in investing in embattled Japanese display tech companies including Japan Display Inc. and JOLED.

"For now we don't have such plans," Wang said when asked if he had plans to proceed with overseas manufacturing or investments.

He did not provide a direct answer when asked whether BOE may be interested in investing in or acquiring JDI or JOLED. "As long as there is an opportunity to achieve a win-win situation, we are open to possibilities," Wang said.

On whether the U.S. will be able to build a display industry amid efforts by key iPhone assembler Hon Hai Precision Industry to set up a liquid crystal display panel facility in Wisconsin, Wang said that it would depend on whether companies could turn profits making panels in America.

"The economic principle will fit here. Building an ecosystem in the U.S. to get closer to the market would be the right way to go if it turns out to be a good deal in terms of comparative advantage and economic benefit. If it is not a good deal, then it may not be the right way," Wang said.

He struck an optimistic note when asked whether he was concerned that U.S. President Donald Trump might make good on his vow to raise tariffs on Chinese imports.

"If the policies are not reasonable, no one will benefit. Cooperation and achieving win-win will bring America benefits. [U.S. officials] will think about what is in America's best interest and they will have rational policies," he said.

BOE is a leading global LCD panel maker accounting for 25% of global LCD panel shipments in the third quarter of 2017, according to IHS Markit. But Wang said his company would focus on the development of OLED, which will become the dominant display technology, in the future while also continuing to enhance its LCD offerings.

Apple adopted OLED panels for the first time in its iPhones this year, taking the technology mainstream. The new iPhone Xs have flexible OLED panel that offers an edge-to-edge display and sharper color contrast than LCD.

iPhone X's flexible OLED panels are exclusively provided by South Korea's Samsung Electronics as no other company can quite make the component in enough quantities to the high standard required by Apple.

The BOE chief said in a separate speech at the Nikkei Global Management Forum, before this interview, that his company began churning out flexible OLED panels for smartphones and other small- and medium-sized display last month.

BOE has been investing heavily in advanced OLED technology with the aim of providing Apple with smartphone panels.

"We will continue to accelerate our pace," Wang said when asked whether BOE could begin providing Apple with OLED panels in 2019.

While BOE was not on Apple's latest supplier list published in early 2017, Eric Chiou, an analyst with Taipei-based research firm WitsView, said that BOE has been providing Apple with panels for entry-level MacBooks and iPads.

Chiou said it remained to be seen whether BOE could deliver OLED panels for iPhones soon. Market watchers generally agree that LG Display is likely to become a second OLED supplier later on for Apple before BOE.

"LG is still struggling to perfect its flexible OLED panels [for smartphones] at the moment, so it is likely to take long while for BOE to perfect its offering too," Chiou said.

BOE has had a good year. The Chinese panel-maker's revenue is expected to hit $15 billion this year, according to Wang, compared with about $10.5 billion last year. Its net profit for the first three quarters of this year surged more than 45 times from a year-ago period to 6.48 billion yuan ($976 million).