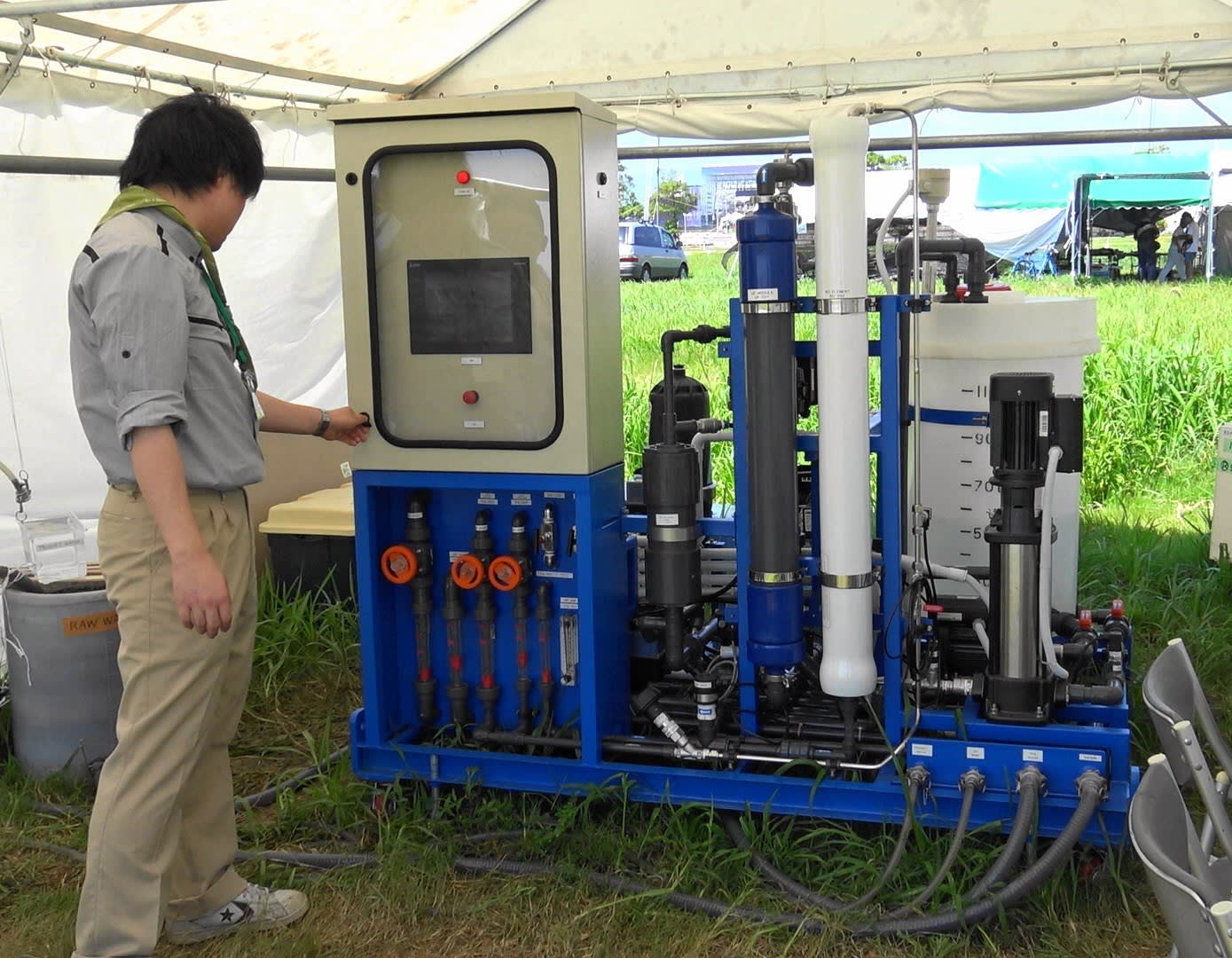 NEC's purification system is portable and can be transported by truck.
November 15, 2015 22:25 JST | Japan
CopyCopied

TOKYO -- Toray Industries and NEC are gearing up to sell water purification systems tailored to the needs of Southeast Asia and the Middle East, sensing opportunity in expected water shortages.

Toray and water treatment subsidiary Suido Kiko Kaisha will begin production in Vietnam as early as spring for that country and the rest of Southeast Asia. At around 2 million yen ($16,183), the systems will cost roughly half as much as ones offered in Japan.

A Toray ceramic membrane filter will remove chlorine and heavy metals. Powered by gasoline or diesel fuel, the systems will be able to filter seawater and river water into enough drinking water for about 4,000 people a day.

Filters will be procured from Japan. But other parts, including tanks, will be sourced locally. Assembly will be contracted out to a manufacturer in Vietnam to cut costs. The products will initially be sold there, then in all of Southeast Asia via Toray's sales network.

Toray will tout the product to governments and businesses, aiming to move at least 100 units a year. The company may also import the system into Japan as a low-cost alternative.

NEC Facilities will release by year-end a system with a self-cleaning filter -- a civilian revamp of products supplied by parent NEC to Japan's Ground Self-Defense Force.

The feature spares users the cost and trouble of replacing filters. A high-performance model to produce drinking water for 30,000 people a day will sell for 90 million yen. The low-maintenance systems will also be easy to use in emerging countries, according to the company.

The products will be marketed mainly in the Middle East and Southeast Asia, with a cumulative sales target of 1 billion yen or more over five years.

The United Nations projects that 4 billion people, or more than 40% of the world population, could face water shortages in 2050 due to population growth as well as increased droughts and desertification from global warming.

The two Japanese companies seek to cultivate demand for their unique offerings in markets where water supply systems are underdeveloped and in times of emergency.