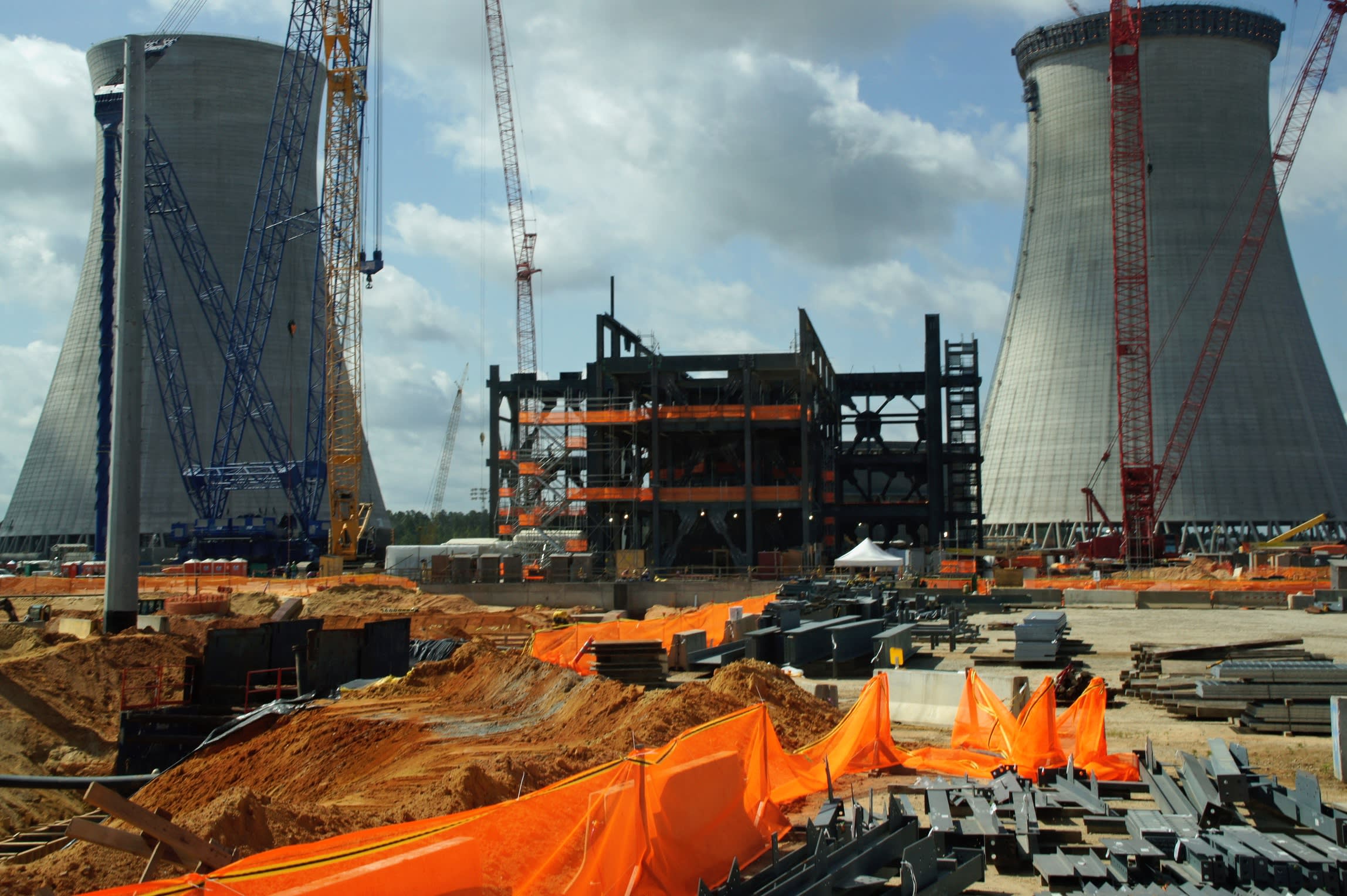 New reactors are being built by Westinghouse at Plant Vogtle in Georgia.
Business

Westinghouse has apparently also begun discussing the Plant Vogtle project in Georgia with operator Southern. The two reactors under construction are currently slated to go online in June 2019 and June 2020.

Toshiba has agreed to guarantee any financial obligations related to the American projects that Westinghouse cannot cover. Since it could face massive compensation claims if the projects are not finished, it hopes to work out a more realistic schedule to minimize this risk.

Toshiba said Tuesday that the two projects already cost $6.1 billion more than it originally estimated. The conglomerate also announced a package of reforms for its nuclear business, including refraining from taking on new overseas construction projects. The two U.S. projects, as well as others underway in China, will continue under stricter cost management.

The 2015 acquisition of American nuclear services company CB&I Stone & Webster, the main cause of Toshiba's recent massive write-down, was intended to let Westinghouse "focus on project completion by resolving current and possible claims against the projects," Toshiba said.