NAGOYA/TOKYO -- The auto industry is undergoing a period of unprecedented change.

Not only are connectivity, electrification, autonomous vehicles and ride sharing changing how people move, they are causing a seismic shift in how automakers make money. 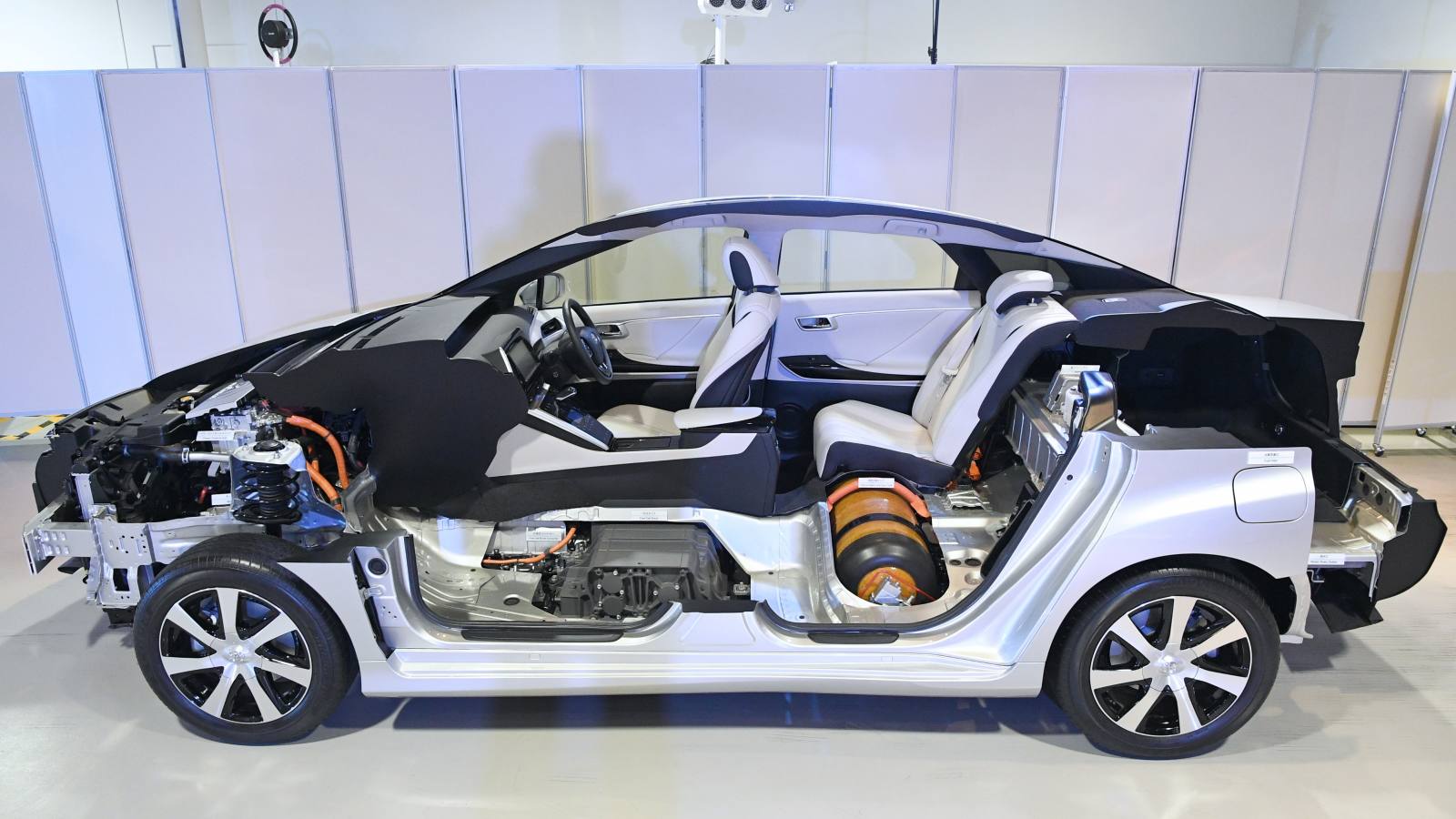 This will be "our future weapon," said Toyota Motor President Akio Toyoda of the JPN Taxi, a new connected vehicle unveiled in October and a pivotal product in how the company plans to lead a changing industry.

According to consulting firm PwC Strategy&, 41% of the profits generated in the industry in 2015 came from vehicle sales, as opposed to services like insurance or financing.

That figure is projected to drop to 29% in 2030 as new areas such as digital services take center stage and profits from existing businesses fall below 50% of the industry total.

Having sensed the changing landscape, the company has scrambled to get as many connected cars on the road as possible in a bid to build up a bank of data.

All this information "comes from taxis that are running right now," said Shigeki Tomoyama, the senior managing officer responsible for Toyota's connected vehicles division, at the launch event for the JPN Taxi.

The map projected behind him showed the locations of 500 taxis in the Japanese capital, whose speed, revolutions per minute and even front-view images were being recorded.

The system gathers data from drive recorders installed in the vehicles and has been undergoing verification tests since February.

The information paints an up-to-the-minute picture of road conditions, revealing everything from accidents to vacant parking spaces.

Toyota will start analyzing the petabyte of data it has amassed -- that is 1,000 trillion bytes, in case you were wondering -- using artificial intelligence in spring 2018 and begin providing traffic information on a trial basis.

It also plans to develop a new ride-hailing app for taxis that can dispatch cabs by predicting where demand hot spots will form.

By 2020, Toyota will equip almost all its ordinary car models in the U.S. and Japan with the data communication module as standard.

Ahead of the curve

The development of electrified and autonomous cars, as well as the growth of ride-sharing services may lead to what business analysts call a "smiling curve," where profitability is high for the upstream and downstream processes and low in the midstream.

The likes of Toyota have enjoyed life at one end of the curve, with new car sales as their core business, but that is now set to change.

Yusuke Shimizu, manager of Deloitte Tohmatsu Consulting, described the negative impact on earnings from vehicle electrification due to issues like the high cost of batteries as "non-negligible."

Tomoyama has unveiled a blueprint mapping out how Toyota aims to become a provider of mobility service platforms to other businesses.

This is being treated with a sense of urgency by the company -- failure to do so would force it into the middle of the curve.

The transformation of the auto sector, however, also opens up new opportunities for companies from outside, and Toyota is looking to position itself as the gateway to the industry.

For potential partners, the appeal is clear -- in Japan alone there are more than 18 million Toyota passenger cars on the road which can be turned into a gold mine of data. More than 500 entities applied for the Toyota Next project, through which the company solicits bids for partnership ideas. Five were chosen.

One of which was Tokyo-based Nightley, a company that maps popular areas by logging tourists' social media posts and provides the data to other businesses.

Combining Nightley's analysis technology and Toyota's mobility data, the two companies aim to develop a service that can assist with targeted marketing for specific areas.

"If we can draw on vehicle data, that would expand new possibilities in local economic revitalization and other areas," said Nightley President Yutaka Ishikawa.

"I want to change the experience of traveling by car," said Mutsumi Ota, president of online gift-voucher company Giftee, another partner.

Japanese automakers like Toyota have focused on the development of connected vehicles.

Since Honda Motor introduced Internavi in 1997, makers have been able to offer on-demand traffic information and route finder services that are based on data amassed from the companies' vehicles.

According to a Honda sales manager, the company's connected car technology has been positioned as "a means to enhance the convenience and joy of driving our cars."

So far, none have figured out how to profit from the technology. Toyota's connected strategy could, however, be the game changer.