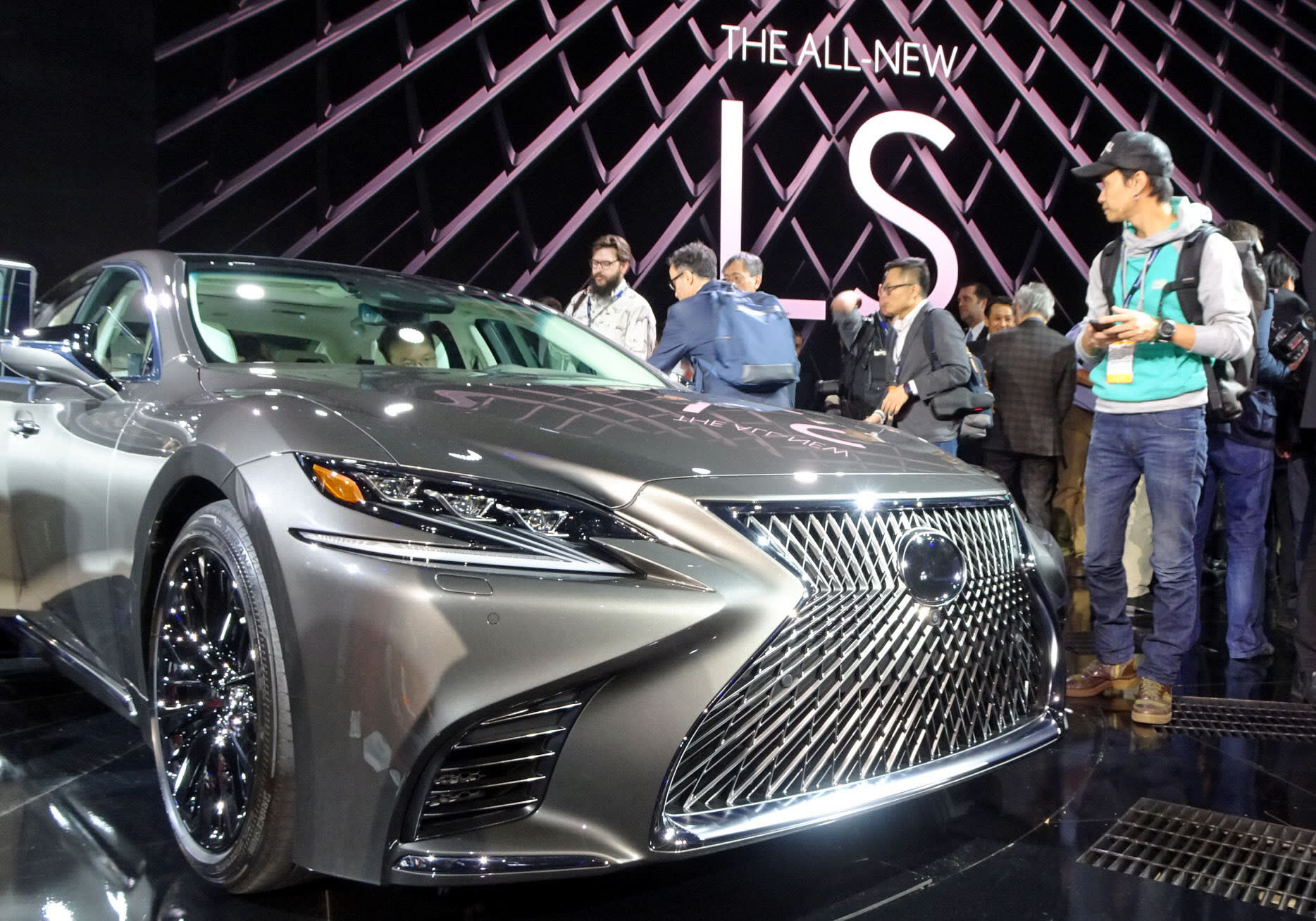 Toyota plans to roll out the new Lexus LS sedan in the U.S. at the end of the year.
Business

Toyota looks to invest $10bn in US

DETROIT, U.S. -- Toyota Motor is set to invest $10 billion in the U.S. over the next five years amid demands by President-elect Donald Trump to keep manufacturing jobs in the country.

Toyota President Akio Toyoda will discuss the details at the ongoing North American International Auto Show here. The automaker plans to start building the new Camry sedans in Kentucky by the end of the year. The new investment will be used for the production of new car models, including the Camry, as well as to boost productivity at plants.

Trump slammed Toyota on Twitter last week over its new factory under construction in Mexico. "The plant will not impact jobs in the U.S., and we will carry on with the plan," a Toyota executive said. The investment package is apparently aimed at highlighting the company's commitment to the U.S. and thus appeasing Trump.

Similarly, Fiat Chrysler Automobiles said Sunday it will spend $1 billion to expand plants in Michigan and Ohio, adding about 2,000 new jobs. The move mainly will lift output capacity for Jeep brand vehicles. It also will let the Michigan plant start producing Ram pickup trucks, which are currently made in Mexico.

FCA has said since the summer of 2016 that it would halt small-car production in the U.S. at the start of 2017 due to shrinking demand, but the company had announced no specific measures to offset the reduction in jobs.

Ford Motor said at the Detroit auto show that it will start producing midsize sport utility vehicles in Michigan in 2020. The U.S. automaker did not reveal how many, or how much the company was investing to make this happen.

The president-elect is calling on American and other automakers to boost employment in the country and cut back on production elsewhere. FCA chief executive Sergio Marchionne told reporters in Detroit that the industry must adapt to changing policies. The latest decisions by Toyota and FCA suggest that the industry is responding to Trump's arm-twisting.