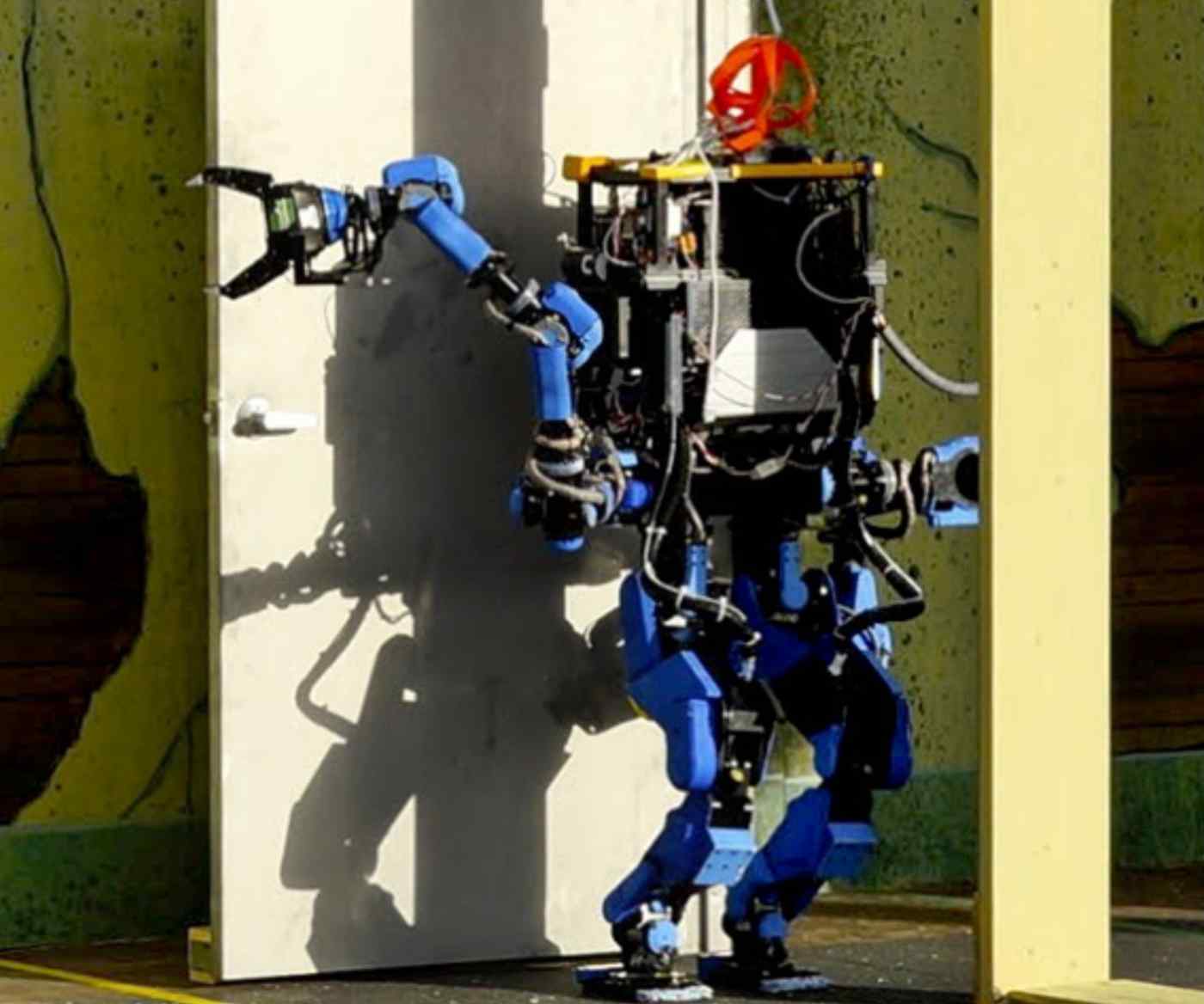 TOKYO -- Competition for skilled software developers has been intensifying among automakers as they move further into the realms of artificial intelligence, autonomous driving and driver assistance technology.

Toyota Motor is close to a deal to acquire two robot makers from Google's parent company Alphabet, sources said on Wednesday. The two companies are Boston Dynamics of the U.S. and Schaft, a venture set up by a graduate of the University of Tokyo. The Japanese automaker plans to make the purchase through Toyota Research Institute, a unit established in Silicon Valley in January to develop artificial intelligence. Toyota is expected to use part of TRI's $1 billion five-year research and development budget to finance the acquisition.

Boston Dynamics has been developing advanced biped and quadruped robots with financial help from the Defense Advanced Research Projects Agency, or DARPA, under the U.S. Department of Defense. Regarding Schaft, a software analyst said its strength lies in developing software for controlling two-legged robots.

Toyota is expected to welcome some 300 employees from the two companies, hoping they can help the carmaker develop robots for use in everyday life. Toyota sees these types of robots as a key driver of its future growth. It also intends to adopt the robot makers' engineering successes to improve its autonomous driving technology.

"Objectively speaking, Google is ahead [of us] in artificial intelligence," a Toyota representative said. "We need to work faster and harder in order to be competitive."

Toyota has welcomed Gill Pratt, a former DARPA member to lead TRI. It hopes the research unit, nestled in the world's premier cluster of software engineers, helps it revamp its robotics unit.

TRI has been actively luring engineers from American information technology companies, including Google, and from research institutes. It is also rapidly buying up companies primarily to acquire talent rather than assets or product lines.

This kind of acquiring is also heating up in Japan. A software analyst at a public university in Greater Tokyo has been contacted by Tesla Motors, an American electric vehicle startup, and Toyota. 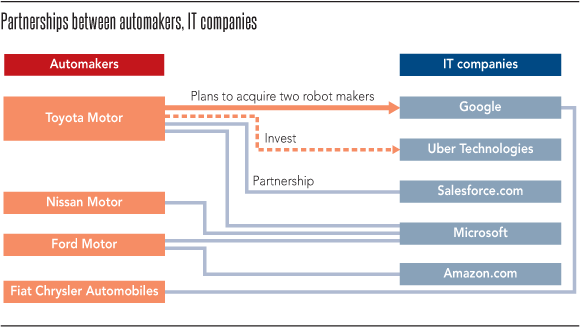 There are problems -- like retaining easily poachable talent. "People in this field tend to put job satisfaction before pay," an engineer said. Companies may attract engineers by offering handsome pay but could easily lose them to rivals once they lose interest.

Last month, Fiat Chrysler Automobiles launched a joint project with Google to develop experimental vehicles. The first tie-up between an automaker and Google for car-making, though only a pilot program, worries rivals. "This is an era in which carmakers could lose their leadership to IT companies in the development of self-driving cars," a representative of a Japanese automaker said.

The key to making artificial intelligence more useful is deep learning, or active machine learning. The auto industry has been working on image recognition and machine control systems, but it largely lacks deep learning researchers. "Unlike conventional auto-making, the field of research and its characteristics are different," said Yutaka Matsuo, project associate professor at the University of Tokyo. "Advances in cars and robots will depend on acquiring good talent."