Toyota's Mirai gives a glimpse to the future 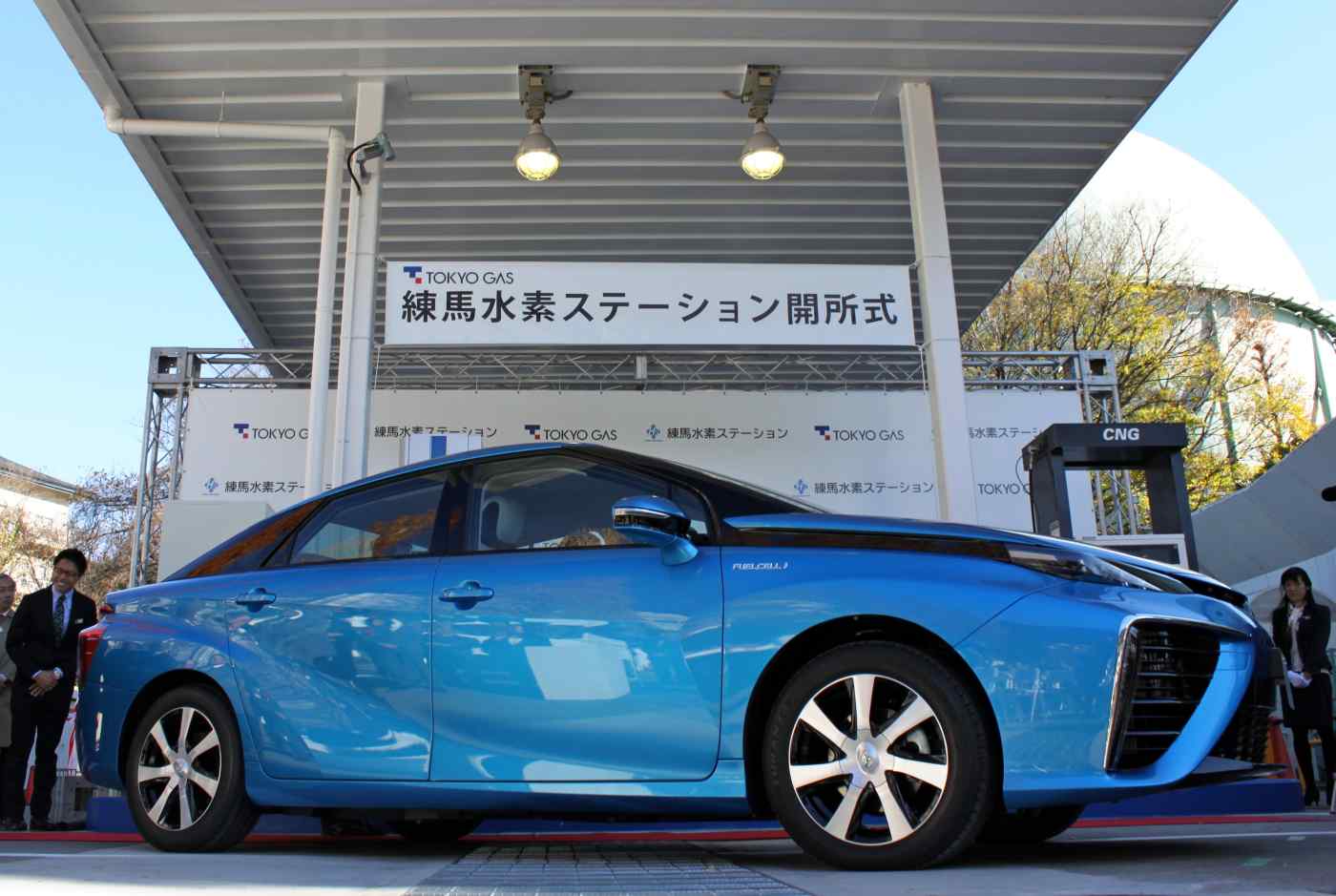 TOKYO -- Toyota Motor recently unveiled the world's first commercial fuel cell vehicle. Now comes the big wait -- for other companies to come up with some new technology of their own and for the necessary infrastructure to be put in place.

At the end of the wait, Toyota hopes, the hydrogen society will bloom.

The Mirai debuted in mid-December. The name means future in Japanese. The car runs on electricity generated by a chemical reaction between hydrogen and oxygen. It emits no carbon dioxide, though it drips some water.

Shortly before the car's official release, a man in his 30s gave one a test drive. "They were saying it would cost 100 million yen ($851,500) to buy a fuel cell vehicle until just a few years ago," the driver said. "So I thought [a fuel cell car] would be way beyond my reach."

The Mirai does not cost 100 million yen. After a government subsidy, the price is around 5.2 million yen.

"Things don't move forward if we just sit around and wait for a long time," said Mitsuhisa Kato, executive vice president of Toyota. That is why Toyota went ahead with the Mirai's release despite the lack of hydrogen filling stations. It is also why the carmaker is offering to license its fuel cell-related patents for free. It wants its rivals and other industries to join the hydrogen party.

Honda Motor plans to launch a fuel cell vehicle in fiscal 2015, which begins in less than three months.

For consumers, this will mean another choice. For businesses, it will mean new opportunities to develop hydrogen-related parts, materials and equipment -- and start new undertakings.

What kind of materials? Consider that the Mirai uses carbon paper hundreds of microns thick. It is the electrode's base material. The electrode is part of the power generator, or in the Mirai's case, the fuel cell stack. The material helps increase power generation efficiency.

Meanwhile, Toyota Boshoku has used its high-precision stamping technology to produce a sheet-shaped part made from titanium. The part, the separator, is also used in the fuel cell stack. As you can see, these stacks are prompting companies to improve their technologies.

Tokyo Gas in December opened Japan's first commercial hydrogen station, in Tokyo's Nerima Ward. Also in Tokyo, JX Nippon Oil & Energy is opening a hydrogen station in Hachioji this month and another in Suginami Ward next month. The Tokyo Metropolitan government aims to set up hydrogen stations at 80 locations by partnering with the private sector.

Suppose these stations were set up more or less equidistant from one another. If this were the case, drivers of fuel cell vehicles would be able to find a filling station in about 10 minutes.

Research company Fuji Keizai estimates that Japan's hydrogen market for fuel cell vehicles will be worth nearly 100 billion yen in fiscal 2025. In fiscal 2015, the market is seen at about 400 million yen.