Toyota's days on easy street are over

Carmaker knows it must move fast to fend off the likes of Google, Apple 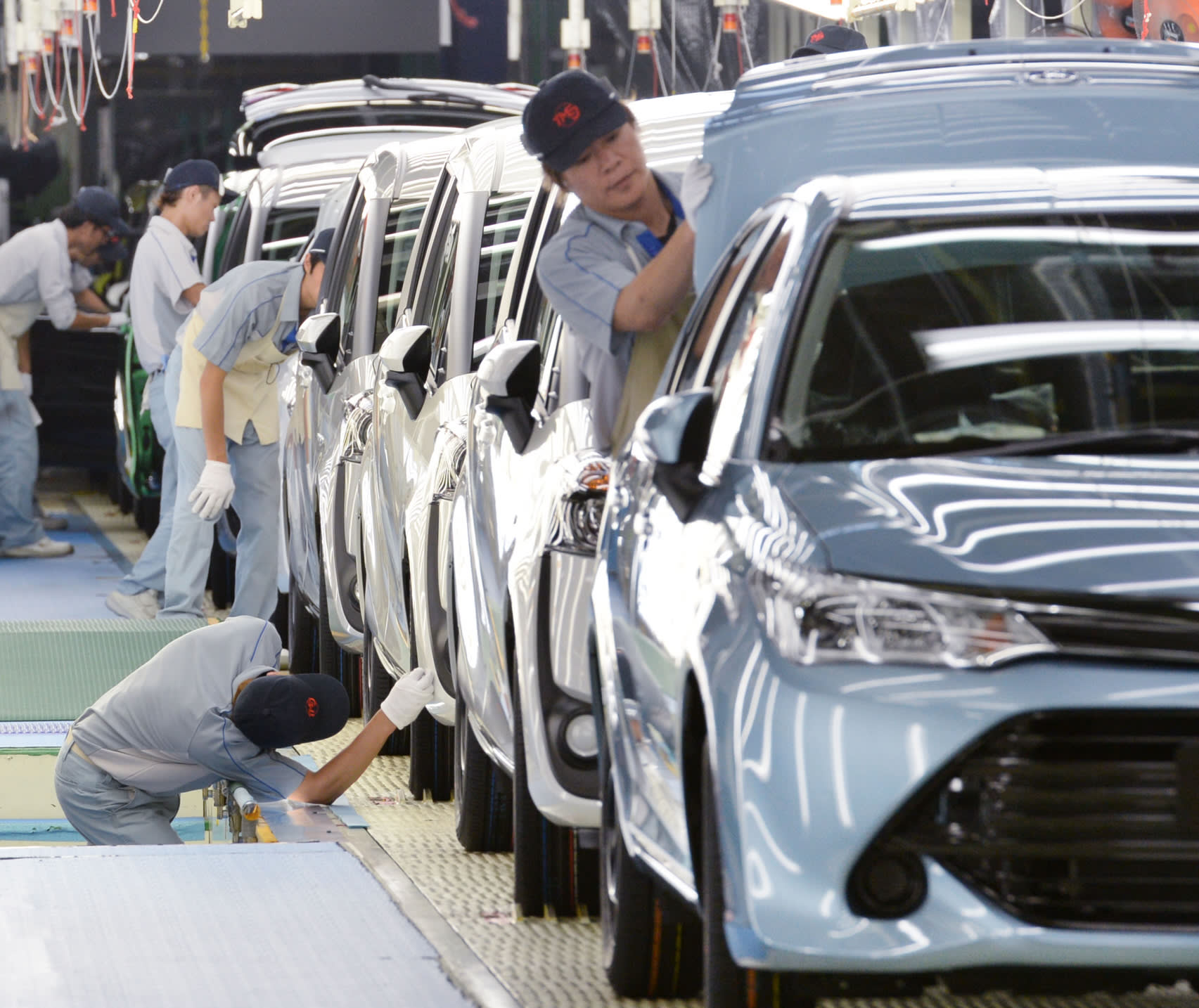 NAGOYA, Japan -- The auto industry is hurtling into a new era, and no one is immune to the changes. For Toyota Motor, the burning question is how to adapt to the emergence of connected cars, self-driving technology, electric vehicles and ride-sharing services.

"Formidable companies like Google and Apple have made inroads into the auto industry," one said. "I want Toyota to work harder."

Another asked: "You expect both sales and profit to drop for the second straight financial year. How are you going to turn this around?"

Indeed, Toyota has sold more than 10 million vehicles for four straight years, but it is bracing for sales and net profit declines again in the fiscal year through next March. President Akio Toyoda recognizes the gravity of the situation.

"We are now at a major turning point," he told the crowd, stressing Toyota would consider "all options," including mergers and acquisitions. In other words, shareholders need to understand that the company is going to have to spend to change with the times.

Toyota's reform plan includes the introduction of an in-house company system -- an effort to create smaller, nimbler organizational units -- along with a new design and development method dubbed Toyota New Global Architecture. It is also investing in artificial intelligence.

But the business environment grows ever more challenging.

This fiscal year, Toyota expects its consolidated sales to shrink slightly on the year, to 27.5 trillion yen ($250 billion). It is also bracing for a 20% decline in operating profit, to 1.6 trillion yen. For 18 years, Toyota has not seen operating profit fall twice in a row.

In terms of sales volume, Toyota expects to move 10.25 million vehicles in the current fiscal year -- virtually flat from last year. While sales in Southeast Asia are expected to grow, U.S. demand has passed its peak.

In January, inventories of unsold vehicles in the U.S. swelled above 4 million units for the first time since 2005. A price war is adding to the pressure, with rivals such as General Motors offering customers incentives equivalent to more than 400,000 yen per vehicle.

Yet, Toyota shareholders are more concerned about the longer term. "What kind of society do you envision in 10 or 15 years' time?" one asked at Wednesday's meeting.

Toyota is a mammoth organization with just over 360,000 group employees worldwide -- almost 100 times more than the 4,000 it employed in its early years. Investors are wondering whether it has the flexibility to ride out the biggest transportation transformation in a century.

The Ford Model T hit the market 110 years ago. At the time, there were an estimated 16 million horses in the U.S., but Americans gravitated toward the now-legendary mass-produced car.

Last year, 93.85 million new cars were sold globally -- up 40% in a decade. Volkswagen, Toyota and GM round out the top three manufacturers, with each of them selling 10 million units or more per year. To this point, their competition has centered on safety, performance and fuel efficiency.

The rapid advance of communications technology and AI, however, is pitting the Big Three against the likes of Google and Apple.

This new race is all about connected cars and self-driving technology. And while Google and Apple are newcomers to the auto industry, they have enormous financial resources at their disposal. Both of the U.S. tech players have market capitalizations four times larger than Toyota, and both spend more on research and development.

Uber Technologies, the U.S.-based ride-sharing company, is also emerging as a threat despite a recent spate of scandals. Only eight years after its inception, Uber counts 1 million daily customers in 500 cities worldwide.

Then there is an up-and-coming automaker that looks a lot more like a tech company: Tesla.

Toyota formed a capital alliance with Tesla in 2010, only to divest its entire stake in the U.S. electric vehicle venture by the end of last year.

Tesla continues to bleed red ink due to prior investments, but its market cap reached $51 billion in April, surpassing that of GM -- a company that sells 100 times more vehicles.

One Toyota executive warned Tesla could be an industry game changer. "Teslas may look like cars, but the business model is rather like the iPhone," he said. "Teslas are running computers. They are changing the auto industry's existing business model."

So Toyota finds itself trying to learn new tricks at the age of 80. It was in 1937 that the Toyota group spun off its auto division and established Toyota Motor Co., now Toyota Motor Corp. The group recognized the auto industry was destined to flourish, and used the profits from its original automatic loom business to crack the market.

The beginning was bumpy. When the company plunged into a financial crisis, founder Kiichiro Toyoda was even forced to resign. But the automaker committed itself to making more user-friendly cars at less cost -- a formula that allowed it to conquer the world.

While its new rivals have plenty of cash, Toyota is not exactly impoverished. After years of racking up profits, it has more than 7 trillion yen in cash, excluding interest-bearing debt. It also has ample, cutting-edge research infrastructure in place.

The livelihoods of those 360,000 global employees depend on the company finding a new formula for continued success. That is to say nothing of the 30,000 small and midsize business partners that rely on Toyota in Japan alone; they employ more than 1.4 million people.

For all its strengths, today's Toyota has a reputation for lacking the venture spirit. This may be the biggest risk -- a point Toyoda alluded to at the shareholders meeting.

"We are now facing unpredictable times," the president said. "The businesses our company has strengthened over the past 80 years are defensive in nature. We also need to go on the offensive."