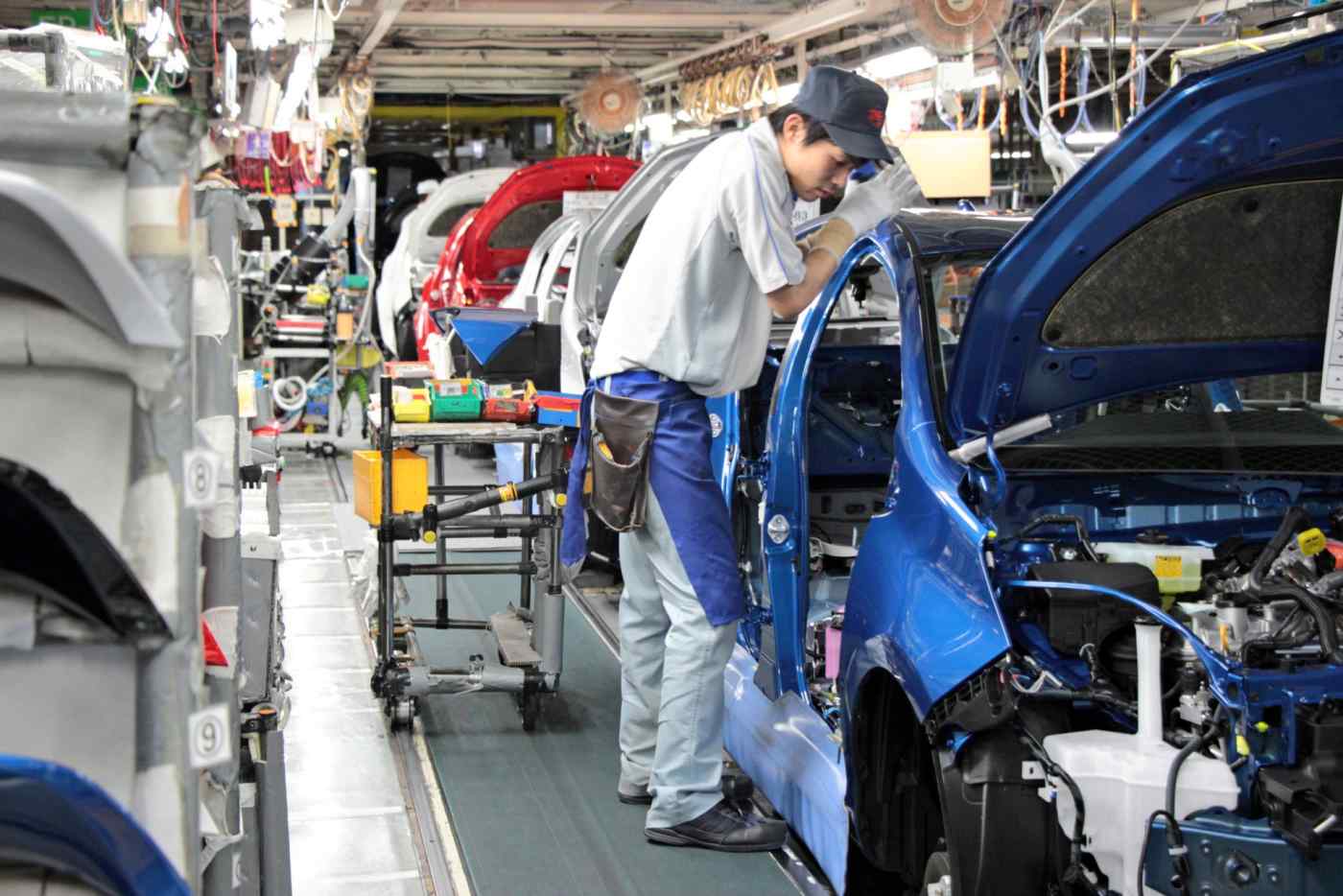 Under the new method, the sequence of which vehicles to produce when, by color and model, is determined about four days before the start of the assembly process, and suppliers make and deliver the necessary materials accordingly.

Under the old method, sequences were set also a few days prior, but the final process was locked in only about two hours before production to accommodate changes like repainting a vehicle that failed quality inspection, for instance. Nearby suppliers would deliver materials as needed.

The new method eliminates the need for suppliers to hold extra inventory, and does away with a process at Toyota factories to rearrange materials in sequence. With the trial in Iwate, suppliers were able to cut inventory space for some parts by 90%. Staging space for parts at the vehicle assembly plant was reduced by around 60%.

Around 10 suppliers in Iwate Prefecture were capable of handling the new production method. Toyota hopes to expand the pool of qualified suppliers for both the Iwate and Miyagi plants.

Toyota also will lower its production costs in France, where it makes the Yaris compact, known in Japan as the Vitz. The company has sent managers from northeast Japan to France, and will dispatch front-line specialists to help improve operations.

Toyota is gearing up to fully deploy its Toyota New Global Architecture design scheme to the Yaris. The company now builds the Yaris in its home prefecture of Aichi, but all compact production may be concentrated in northeast Japan down the road.

Toyota merged three production subsidiaries in 2012 to create Toyota Motor East Japan, which became its mainstay for compact production. Facilities in Miyagi and Iwate have produced such vehicles as the Aqua hybrid and C-HR.

The new sequence management method is rare, even for Toyota. But the company has a special advantage in northeastern Japan because it is the only Japanese automaker that operates assembly plants in the region. Many local suppliers serve only Toyota, making it easy to work in sync with the giant automaker. "The unique strength of Tohoku is manifesting," said the president of Toyota Motor East Japan, Takeshi Shirane.