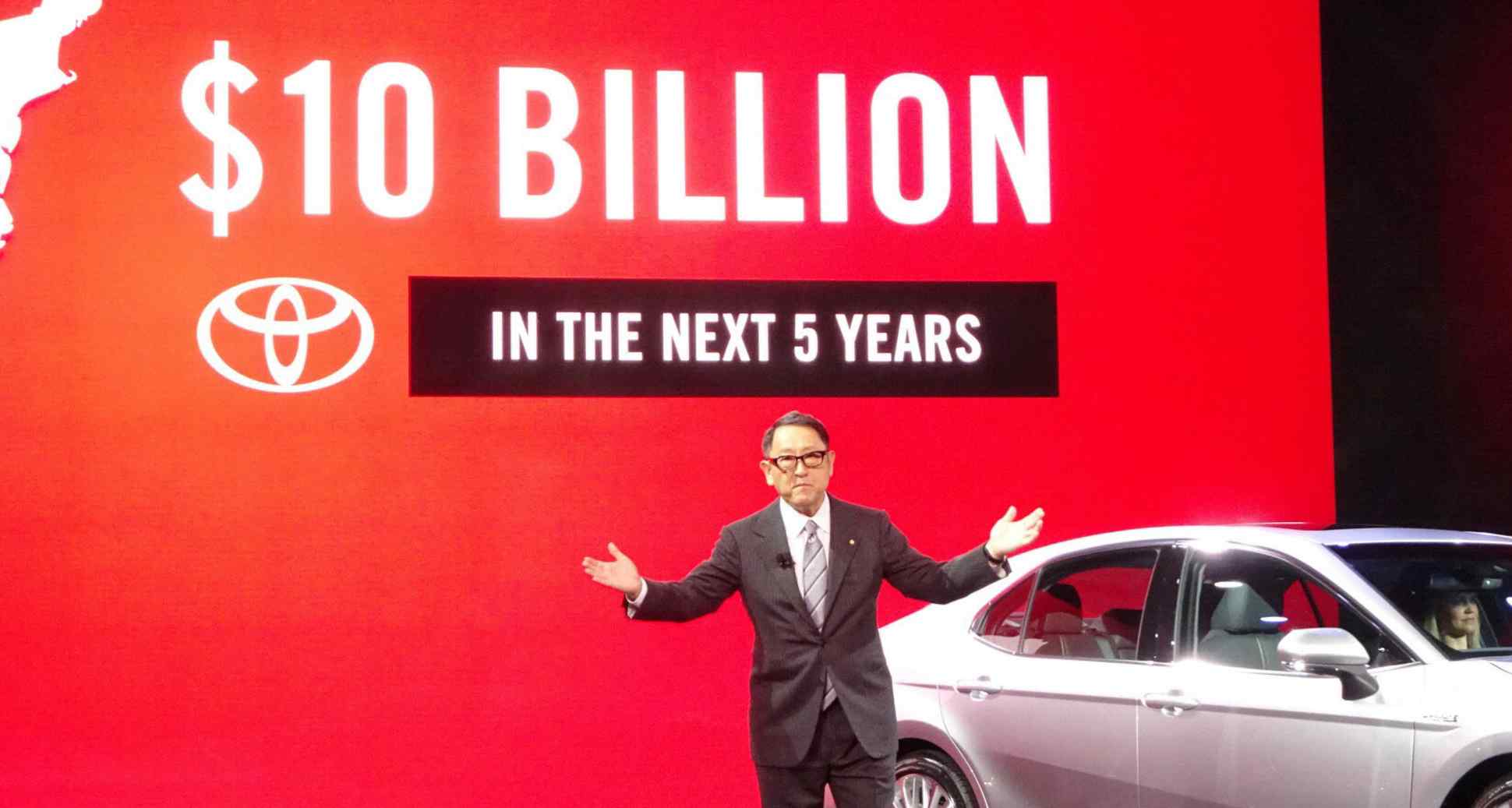 Toyota will invest $10 billion in the U.S. over the next five years, President Akio Toyoda announced in Detroit on Jan. 9.
Business

Toyota to add 400 jobs with US plant expansion

NEW YORK -- Toyota Motor will expand capacity at a plant in the U.S. state of Indiana by 40,000 vehicles annually and add 400 new workers starting in the autumn of 2019 -- an upgrade in line with the Donald Trump administration's efforts to increase American manufacturing jobs.

The Japanese automaker announced the plan Tuesday at the factory, located in the city of Princeton. The plant is currently able to produce around 400,000 vehicles a year with a staff of about 5,000. The expansion will cost around $600 million and aims "to meet the strong and growing demand for the Highlander midsize" sport utility vehicle, according to Toyota. Such large autos are becoming more popular in the U.S. amid persistently low gasoline prices.