Toyota to go green in moving cars by sea 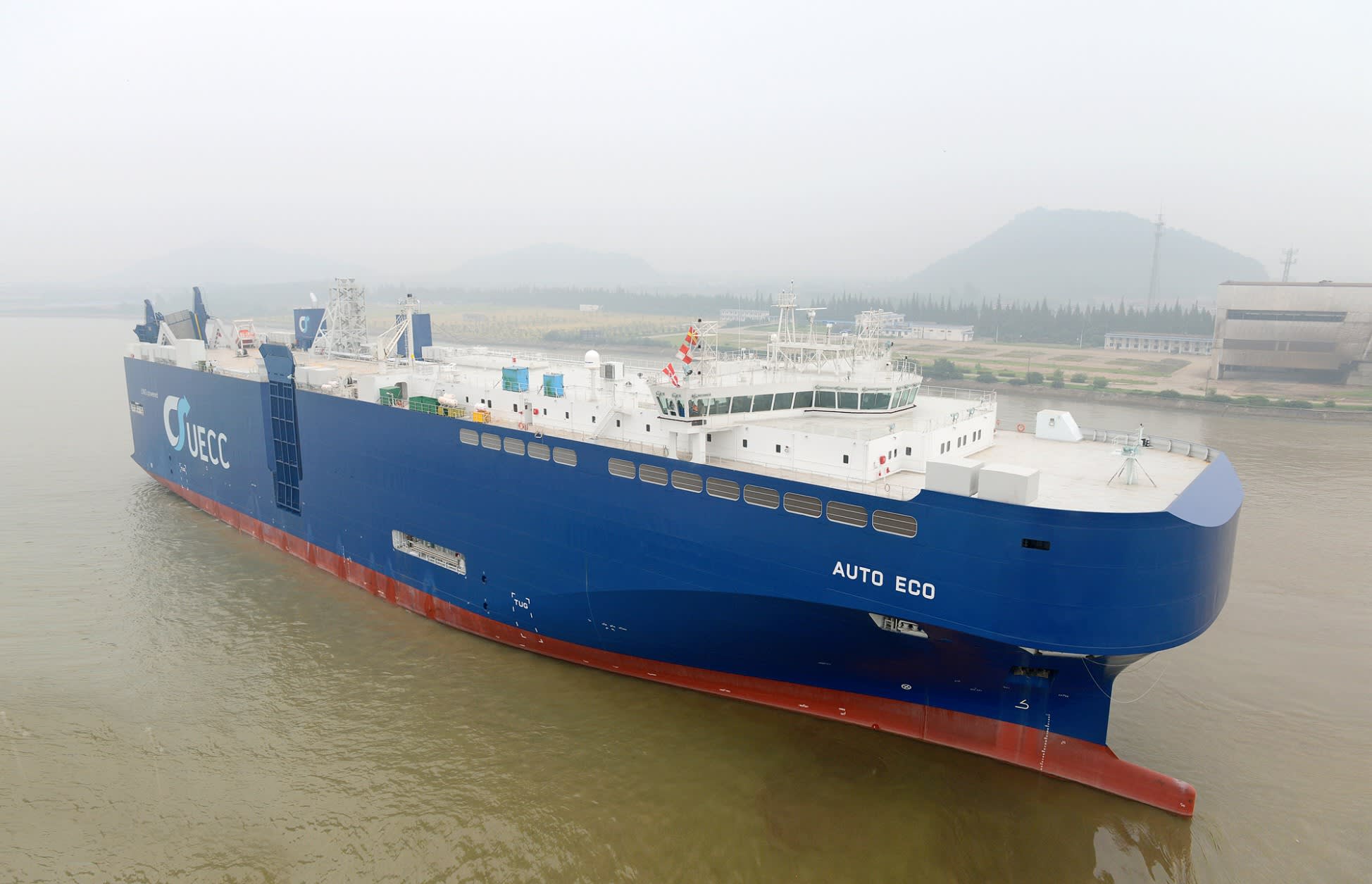 An LNG-powered car carrier, billed as the first of its kind, was constructed by Kawasaki Heavy Industries in 2016.
September 6, 2017 04:29 JST | Japan
CopyCopied

TOKYO -- Toyota Motor plans to use environmentally friendly ships fueled by liquefied natural gas to transport automobiles across the globe, responding to a tighter environmental rule taking effect in 2020.

The three maritime carriers owning vessels for its vehicles -- Nippon Yusen, Kawasaki Kisen and the Toyota group's Toyofuji Shipping -- are expected to order a little over 20 ships within several years, starting with three to six each. These are seen costing a total of roughly 200 billion yen ($1.83 billion).

Toyota now employs at least 60 ships a month to transport automobiles by sea. A little more than 20 able to carry some 7,000 vehicles each -- the type used mainly on North American routes -- will be replaced. Bunker C fuel oil that powers these vessels has high sulfur content.

Aiming to reduce sulfur oxide emissions, the International Maritime Organization decided last year to cap the sulfur content of ships' fuel oil at one-seventh of the current limit, starting in 2020. Toyota's preparations will likely spur other automakers to act.

Some 100 LNG-fueled ships currently operate around the world, mainly in Europe and North America. Yet they are limited to ferries and passenger ships for short-distance travel. Over 100,000 commercial ships with capacities exceeding 100 gross tons -- for transporting automobiles and other goods -- have yet to respond to the upcoming rule change.

LNG-fueled ships are more than 1 billion yen costlier to build than their conventional counterparts. They also require infrastructure investment for such related equipment as LNG storage tanks. The high costs have hindered a widespread switch to the next-generation vessels.

Nippon Steel & Sumitomo Metal plans to install emissions-cleaning systems on ships built from 2019 onward to transport steelmaking materials. But automakers other than Toyota have yet to announce what they will do regarding the new rule.

Meanwhile, the stricter regulations on marine shipping are propelling the development of an LNG supply network in Japan. The central government, the city of Yokohama, Nippon Yusen and others announced late last year plans to make the Port of Yokohama an international LNG bunkering station for ships traveling between Asia and North America. About 6 billion yen in investment is planned by around 2020.