TOKYO -- A family-owned ryokan hotel that has operated for more than a century in central Tokyo, offering guests traditional Japanese accomodation featuring individually designed straw-matted rooms with futons, sliding doors and communal baths, will host its last guests this month before demolition crews move in.

One of a steadily diminishing breed of traditional inns,  Choyokan Honke is a two-storey ryokan that resembles a large house, set on a generous plot in a residential area of the Hongo university district. Surrounded by newly built apartments, the ryokan appears frozen in time; it has stood on this spot since at least 1904, although there is no record of its exact age.

Guests walk up a stone-paved path to the entrance and open wooden-framed glass doors to enter, taking off their footwear as they do so. Shoes are neatly stored in boxes marked with the guest's name. None of the 45 classic tatami (woven straw) rooms has the same design and none has its own shower and toilet. The communal bathrooms hold 10 people at a time. The entrance area of the traditional inn

"It's a shame they are closing down. The decoration of the rooms is well-designed and the staff are very hospitable," said a Japanese guest in her thirties.

Helped by its convenient location, easy train access to major shopping districts and a 10-minute walk to the University of Tokyo and the Tokyo Dome, a stadium that hosts professional baseball games and concerts, Choyokan has been a popular choice for school groups on outings. "A few decades ago, we hosted school groups almost every day," Moritaka Taneda, 51, the fourth-generation owner of the ryokan, recalls. When he meets fellow ryokan owners, they fondly recall that "those days were the best."

But the business environment has changed. The number of Japanese school-age children has declined as the number of births has dropped, more travelers now book their hotels directly through the internet - not possible at Choyokan, which does not have its own website - and more visitors come from overseas. Nevertheless, Choyokan has maintained its traditions. "We did not promote ourselves actively, rather, we valued repeat guests," Taneda says. He has in the past turned down a group from China who inquired through an agency because he said he wanted to avoid any trouble. As a result, the number of guests has been declining over the years, meaning that the ryokan can only cover its costs by skimping on repairs and investment. 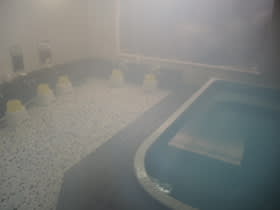 The inn's operation is also old-fashioned -- staff write out receipts by hand and there is no digitized guest data -- so Taneda doesn't know the exact room occupancy rate, which he guesses is below 50%. He makes most of the management decisions himself.

Although the ryokan has survived the devastation wrought by World War Two, numerous earthquakes and countless fires in Japan's capital city during the 20th century, it finds itself defenceless against 21st century economics.

Last year, Taneda, his father, who serves as chief executive of Choyokan, and his uncle, who owns a 500-square-meter parking lot next to the ryokan, decided to sell the ryokan building and the surrounding land to a real estate developer, who will replace the inn with a 14-storey building containing 90 apartments. Taneda's family will receive a number of the new apartments as payment and rent them out. He declined to specify the selling price or the expected income from his "new business" of renting out apartments, but said the latter is "higher than the profit from the ryokan business." One of the rooms has a uniquely designed ceiling.

Taneda told the Nikkei Asian Review that there were other factors behind his decision to quit the hotel trade. One is the steady deterioration of the ryokan's fabric. "The maintenance people have retired in the last two to three years. Only they can restore this old, sprawling cluster of buildings." Another is the difficulty of securing suitable employees. "Ryokan staff need to entertain each guest from check-in to check-out, which is totally different to budget hotel staff, who just follow a simplified manual," he says.

"When I took over the management more than 10 years ago, I didn't think we could continue this ryokan for long," he said. "Although we have lasted this long, we should not go on until we make a big loss." He appears relieved by the "exit" from the business he has long waited for.

No obstacles appear to lie in the family's way. Choyokan is not registered as an important heritage asset that requires preservation, and there are no local conservation rules blocking the redevelopment.

As the ryokan counts its final days, a local young architects group is trying to create a record of the historic inn for future generations. "Choyokan is a rare place where people can touch and experience well-designed decorations." Haruka Kuryu, 34, the group's leader says. The architects have already published photos of Choyokan in a local magazine, and they plan to measure and record the ryokan using three-dimensional graphics as well as holding a final viewing event after the inn finishes commercial operation. "Once it is dismantled and demolished, everyone will forget it was there," Kuryu explains. 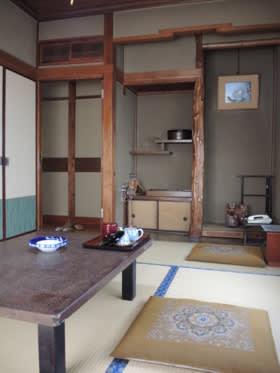 According to Tokyo's Metropolitan Government, there were 1,194 ryokans left in the city at the end of March 2015,  71 fewer than in 2010. Data from corporate credit researcher Teikoku Databank shows that five ryokans closed down and eight went bankrupt in 2015.

Despite a rising number of foreign tourists visiting Japan, the country's ryokans and the centuries-old tradition of hospitality they represent appear doomed to slow extinction -- unless inns such as Choyokan can learn the skills they need to actively promote themselves to a new, predominantly foreign, digital-savvy generation and to modernize their management.