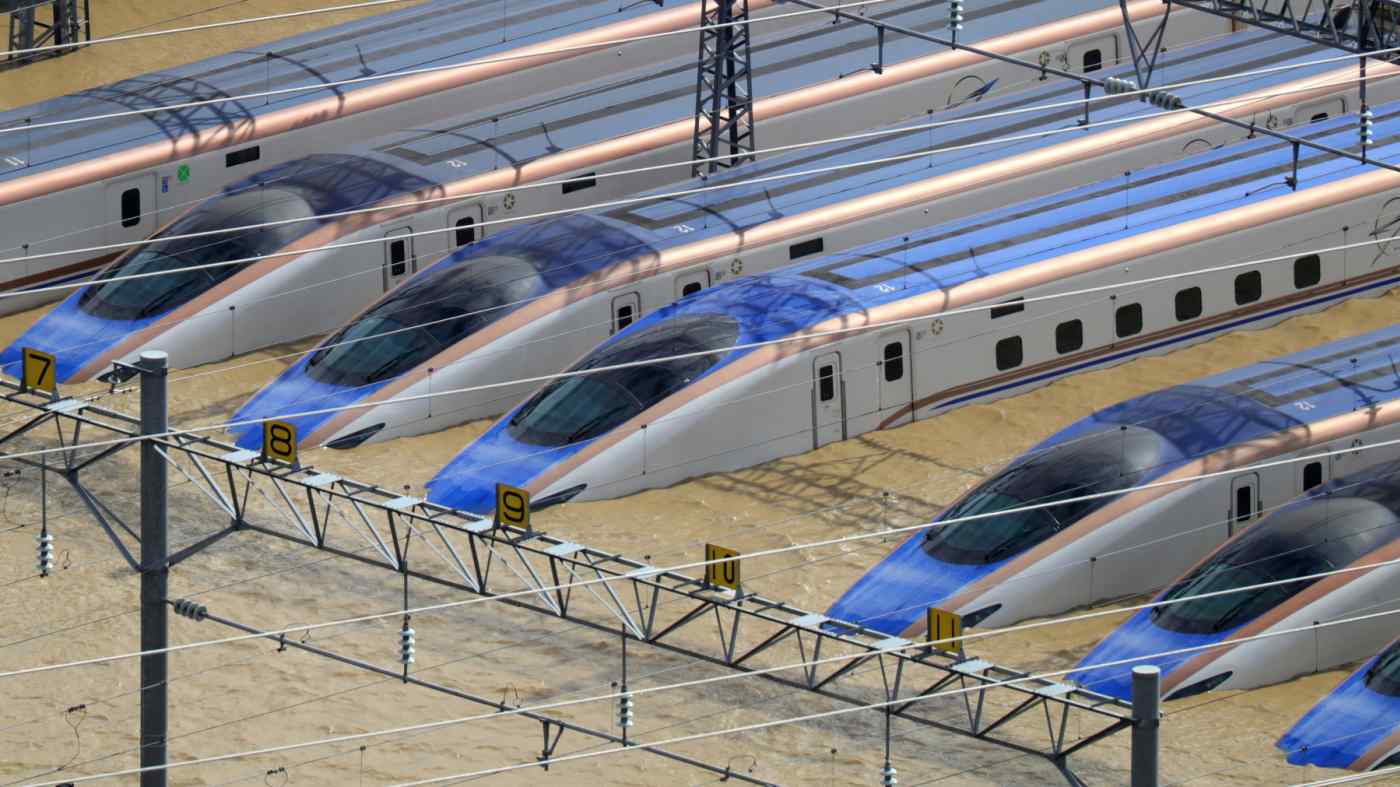 TOKYO -- East Japan Railway said Wednesday that it will scrap a third of the bullet trains that serve on a line that cuts across central Japan, following water damage from when Typhoon Hagibis hit last month.

JR East's Hokuriku Shinkansen line connects Tokyo to the city of Kanazawa on the Sea of Japan. It is operated jointly with West Japan Railway.