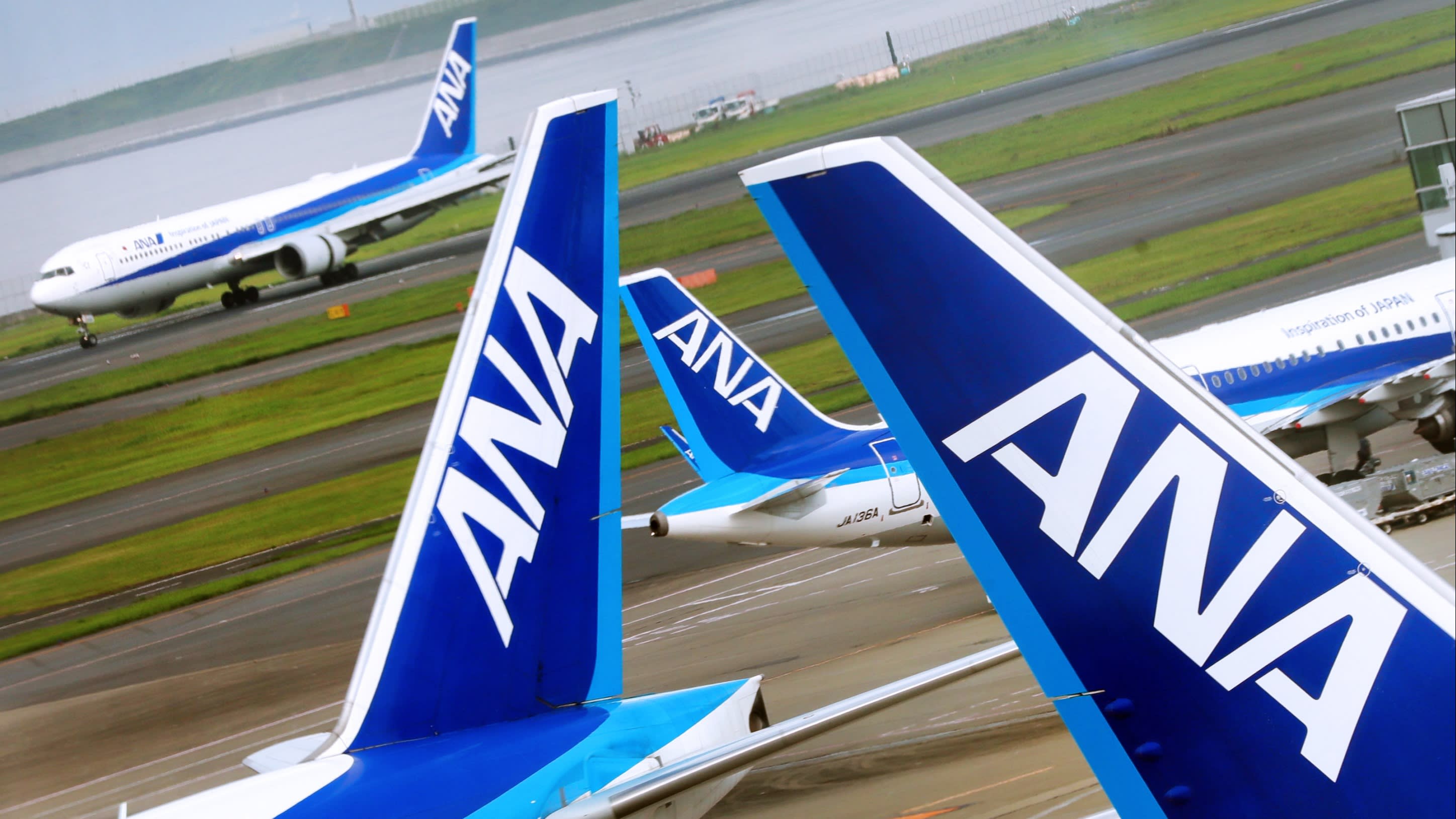 TOKYO -- The president and CEO of ANA Holdings, Shinya Katanozaka, attempted to reassure shareholders during the company's annual shareholders' meeting on Monday, saying the Japanese carrier has "no problems with financing for the time being" as it has "prepared a total of one trillion yen ($9.34 billion) in borrowings and credit lines."

ANA, which is the parent company of All Nippon Airways -- Japan's largest airline -- has seen a significant drop in demand as the coronavirus pandemic closed international borders, effectively grounding the industry globally.

Katanozaka said that the company has raised 535 billion yen in funding in the three months to June and also stressed that it has secured 500 billion yen in committed lines of credit.

Despite the executive's bid to comfort shareholders, they had numerous questions about ANA's cash flow.

One shareholder asked what long-term financing plans were being considered. The company's chief financial officer, Ichiro Fukuzawa, responded, "First, we will do our best to control our cash outflow." He added, "Following our own efforts, we would like to consult with financial institutions on how to ensure smooth financing." 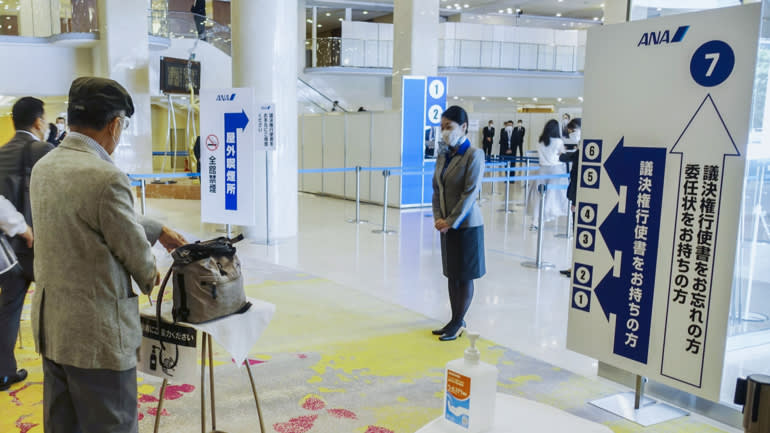 Investors in ANA had many questions about cash flow at its annual shareholders' meeting on June 29.   © Kyodo

One shareholder who attended the meeting, a 55-year-old man, told Nikkei, "I think management is trying their best, but I am worried about the company's financing because it is still unclear when the coronavirus will end."

The meeting lasted for about 90 minutes. A total of 585 shareholders attended, a huge drop from last year's 1,972, but ANA had encouraged low attendance due to the coronavirus. Shareholders who attended were asked to have their temperatures taken at the entrance.

Two proposals -- one for selecting the board of directors and the other on selection of corporate audit members -- were passed during the event.