ANA delays receipt of Hawaii-bound Airbus A380 for 6 months 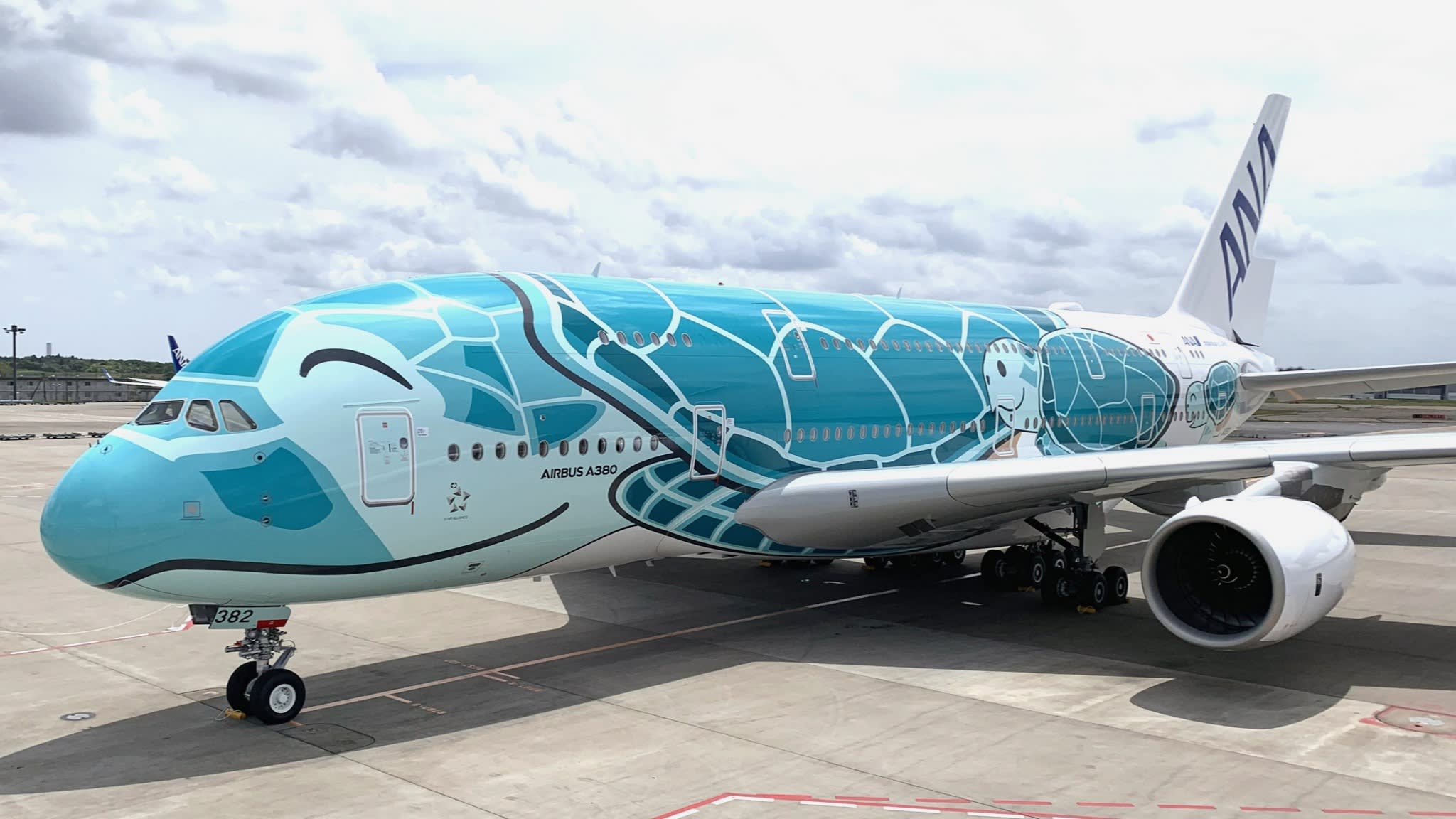 The Airbus A380 operated by ANA is painted as a sea turtle in homage to its Hawaii route. (Photo by Masashi Isawa)
MASASHI ISAWA, Nikkei staff writerApril 3, 2020 23:33 JST | Japan
CopyCopied

TOKYO -- All Nippon Airways postponed the receipt of an Airbus superjumbo jet for six months, it was learned Friday, after the Japanese carrier suspended service on the plane's intended Hawaii route due to the coronavirus pandemic.

ANA planned to receive the third A380 in April, with commercial flights due to begin in May. But the airline has suspended the connection to Hawaii, part of its decision to cut 85% of international flights in response to the COVID-19 outbreak.

"The Japanese airline industry as a whole could lose about 2 trillion yen ($18.6 billion) in revenue," an ANA executive said.

Likened to a flying hotel, the 520-seat A380 doubles the carrying capacity of ANA's existing jets. ANA aims to use the three double-decker planes to cut into rival Japan Airlines' high market share in flights to Hawaii.