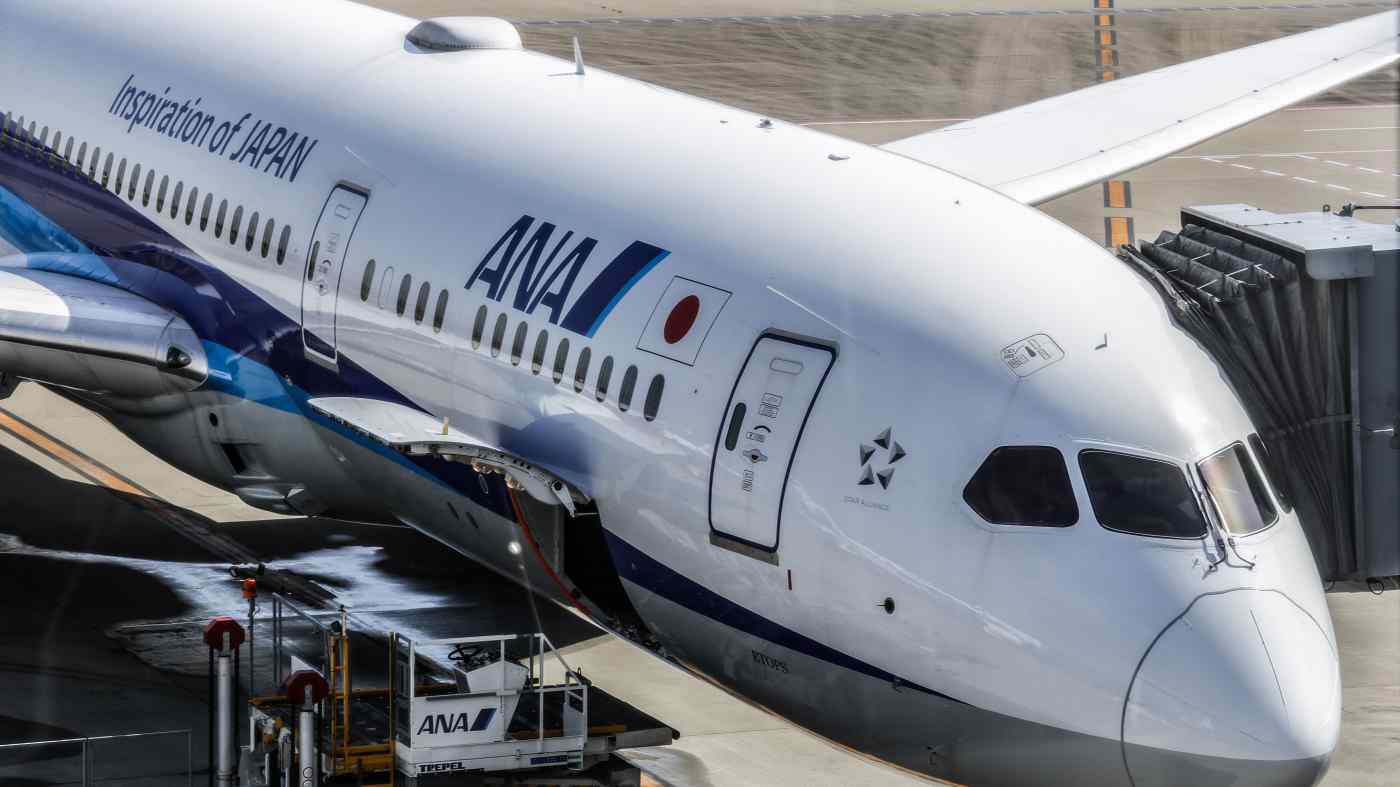 In common with all airlines, ANA has been massively affected by the loss of passengers during the COVID-19 pandemic. (Photo by Ken Kobayashi)
NANA SHIBATA, Nikkei staff writerApril 30, 2021 15:31 JSTUpdated on April 30, 2021 19:01 JST | Japan
CopyCopied

TOKYO -- ANA Holdings, the parent company of All Nippon Airways, announced on Friday a net profit forecast of 3.5 billion yen ($32 million) for the current fiscal year after it posted a consolidated net loss of 404.6 billion, its largest ever deficit, for the year that ended in March.