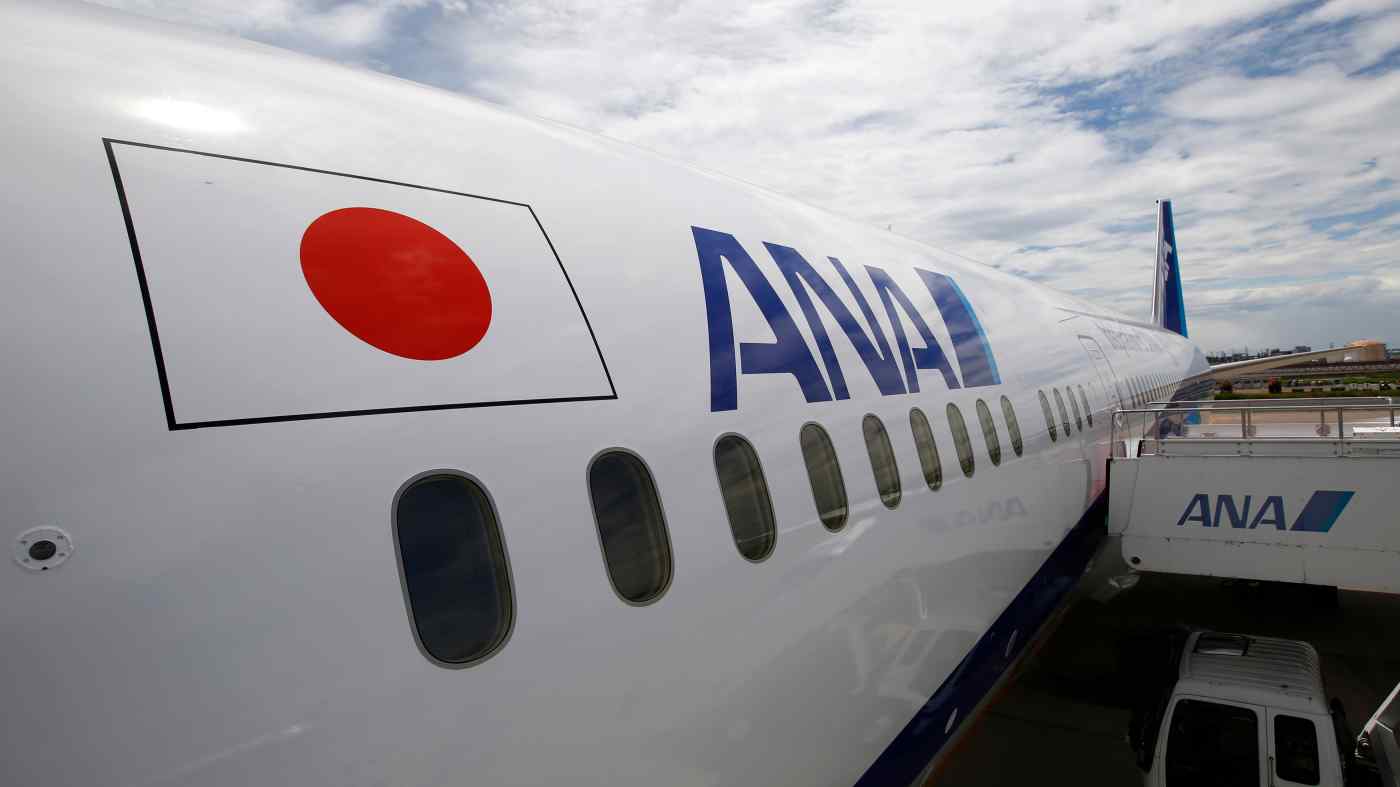 TOKYO -- Japan's ANA Holdings will request a government guarantee for part of the 1.3 trillion yen ($12 billion) in credit lines the carrier is asking from public- and private-sector lenders as its revenue plunges amid the coronavirus pandemic, Nikkei has learned.

A guarantee would let the All Nippon Airways parent borrow without having to put up collateral, with potential to leave the government on the hook if the carrier defaults. Such arrangements are used more commonly for expensive projects such as plant construction than for corporate bailouts.

Aid to the airline industry is among the issues being considered as the government hammers out an emergency coronavirus stimulus package due Tuesday. Providing guarantees to corporate loans could inform Japan's approach to support for other businesses as well.

Though ANA holds 300 billion yen in cash and equivalents, the carrier is losing 100 billion yen monthly amid fixed costs and severely reduced revenue as demand for air travel evaporates. The company has canceled nearly 90% of its international service, and ridership on domestic flights is steadily dwindling as well.

ANA is also requesting 300 billion yen in loans from a lending program run by the government-backed Development Bank of Japan.

The Scheduled Airlines Association of Japan, an industry group negotiating with the government on behalf of carriers, decided to ask for government-guaranteed unsecured loans after discussions with ANA and JAL, its two largest members. The group seeks a total of 2 trillion yen in aid, equivalent to its estimate of the revenue that would be lost industrywide from a yearlong drop in flights.