ANA to cut $3.8bn in costs in attempt at profitability next year 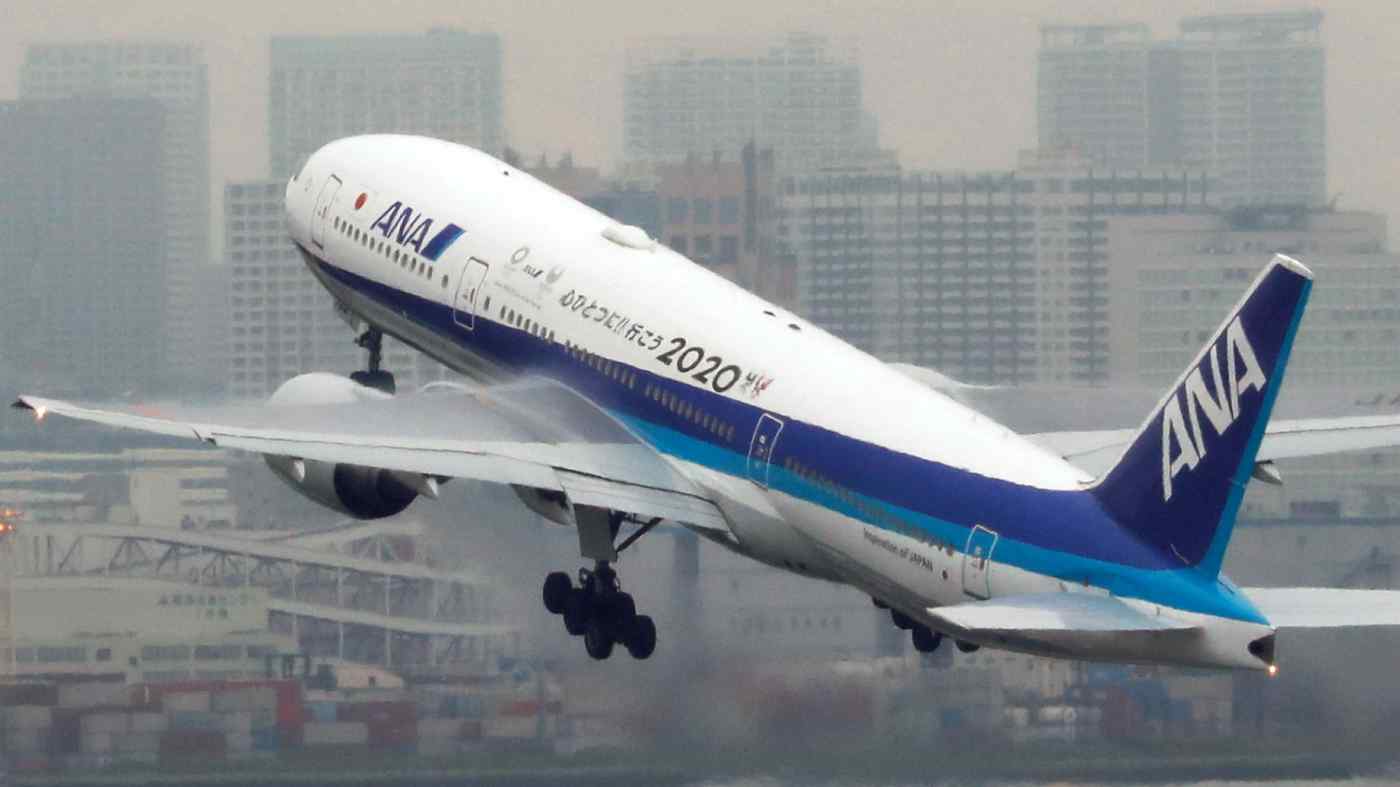 With demand for air travel in a trough, ANA Holdings plans to send some employees to one of Japan's largest big-box electronics retailers and others to a chain of high-end grocery stores.   © Reuters
ERI SUGIURA, Nikkei staff writerOctober 27, 2020 15:07 JSTUpdated on October 27, 2020 19:28 JST | Japan
CopyCopied

TOKYO -- ANA Holdings will reduce costs by 400 billion yen ($3.8 billion) through March 2022 by downsizing its fleet and sending employees to outside companies as the pandemic has it bracing for what would be its worst-ever net loss, 510 billion yen, for the fiscal year through March.

The restructuring plan, announced Tuesday, is intended to bring Japan's flagship carrier back into the black for the next fiscal year despite the virus continuing to dampen demand for international air travel.

"We will make every effort to achieve profitability next fiscal year," CEO Shinya Katanozaka said at a midterm earnings conference. "We want to be reborn as a strong ANA group. We will get through the pandemic by temporarily reducing the scale of our airline business."

ANA's passenger volume on domestic flights slid 80% during the first half of the fiscal year from the year-earlier level. Katanozaka said the drop in domestic flights hit bottom in May and that he now expects demand for domestic flights to recover to pre-COVID levels at the peak of the New Year holidays.

The number of passengers on ANA's international flights for the first half plummeted 96%, and the situation remains "severe," Katanozaka said. The International Air Transport Association said global air traffic will not return to pre-COVID levels until 2024. Much of the likely 510 billion in losses for this fiscal year stems from an impairment loss on aging and large aircraft, part of the restructuring the company will undertake to deal with its pandemic-caused woes.

The grim forecast is the largest expected net loss since 2003, when ANA switched to consolidated accounting. It is nearly 10 times greater than the hit the airline took in the wake of the global financial crisis during the fiscal year through March 2010.

The group's restructuring calls for the reduction of 35 aircraft from ANA's fleet this fiscal year, 28 more than originally planned and accounting for more than 10% of the airline's 269 aircraft that it had in March. The company will also delay introducing new jetliners already ordered, including one giant Airbus A380 with 520 seats.

The restructuring also includes a rearrangement of ANA's routes so that they complement those of Peach, the group's budget carrier. Flagship brand ANA will maintain its domestic routes with high demand, gearing up its international operations at Tokyo's Haneda Airport, then gradually open more international routes from Narita International Airport. Peach, meanwhile, will focus on domestic routes for the time being, catering to business and family users on top of its usual 20- and 30-something leisure customers.

"We will protect jobs," Katanozaka said.

The group will temporarily send over 400 employees to outside companies such as Nojima, an electronics retail chain, and Seijo Ishii, a supermarket operator. The reassignments will be in full effect by spring. ANA Holdings is also negotiating with its labor union to slash salaries.

The annual pay for general employees is expected to be cut by about 30%, sources have told Nikkei.

The airline company also plans to brandish some bold strategies over the next few years, including the establishment of a new airline brand that, using an existing airline, will be dedicated to serving mid- and long-haul routes across Asia. Operations are to begin in fiscal 2022.

A new lifestyle platform is also in the works that is to leverage the company's mileage data. Katanozaka said ANA intends to build the platform into a "superapp," the kind of term usually reserved for do-it-all smartphone apps like WeChat in China and Grab in Southeast Asia. The app is expected to cover sectors from shopping to finance.

Also on Tuesday, the airline operator reported a net loss of 188 billion yen for the April to September period. ANA, which has borrowed 535 billion yen from banks and has had a commitment line of 500 billion yen since April, announced it has an agreement for 400 billion yen in subordinated loans, which are considered similar to equity. Katanozaka said there is "no worry regarding funds on hand."

ANA had been actively expanding its business over the past decade, fueled by a global rise in travel demand. It increased the number of aircraft for the ANA brand by over 20% from fiscal 2009, and its number of employees was up 40% during the period. The airline expanded its own routes after partnering with overseas airlines in code sharing and other arrangements. Profits increased.

But the expansion strategy, with large fixed cost, exposed the airline to losses after the pandemic sapped demand.

Whether ANA can return to profitability next fiscal year "depends much on the coronavirus," said aviation analyst Kotaro Toriumi. "But ANA seeks to compensate for the loss of international flights by making money with its domestic flights."

Toriumi added that the operator will keep its smaller aircraft and use them on domestic routes.

As for turbulence ahead, the government's Go To Travel subsidy campaign, which is stimulating domestic air demand, is expected to end in January. And if the pandemic does not let up, it could cast doubt on the once-postponed Tokyo Olympics, now scheduled to take place in July. Said Toriumi, "Elements of concern remain for ANA's rebound."