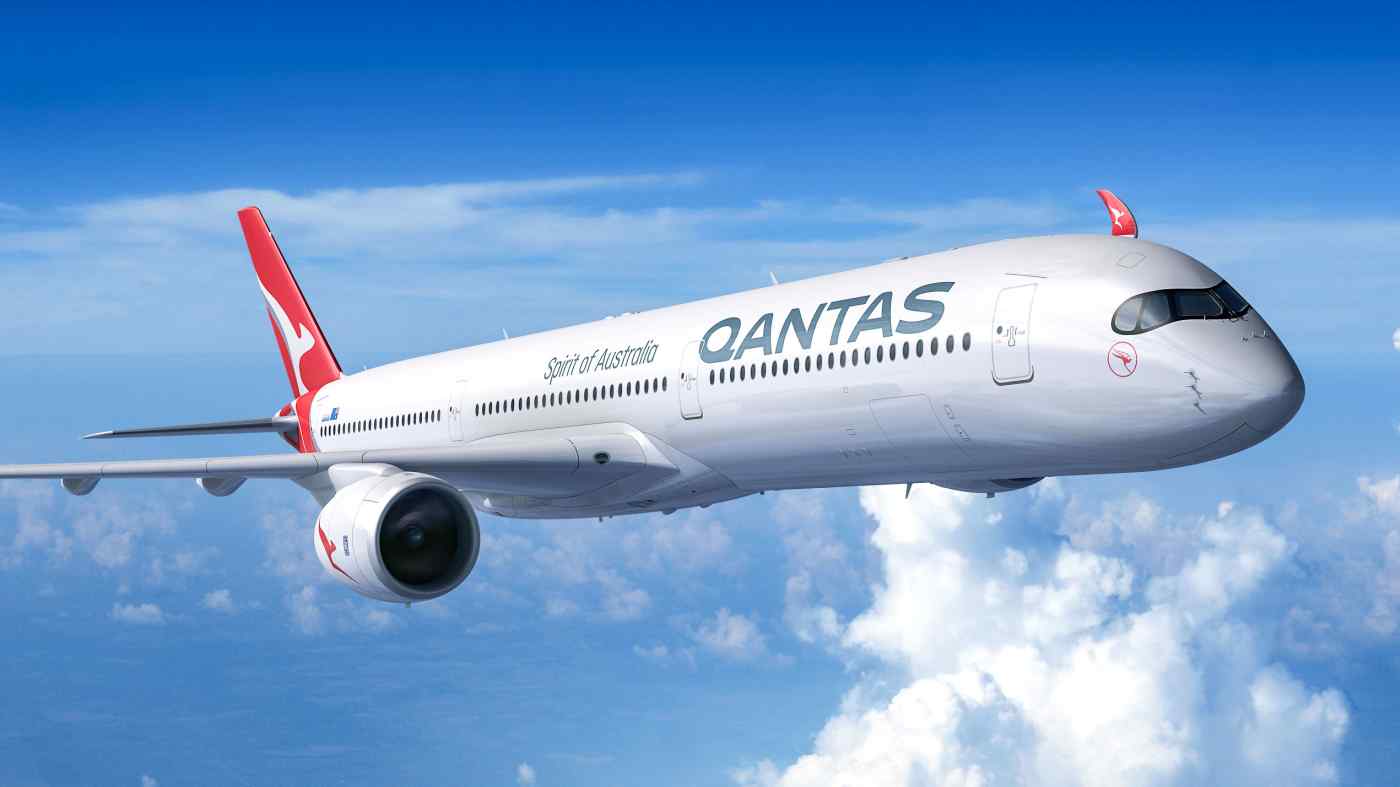 SYDNEY -- Australian airline Qantas announced on Monday it has ordered 12 Airbus A350-1000 jets that will allow it to launch nonstop services from Sydney to London and New York as global travel demand recovers from the effects of the coronavirus pandemic.

The ultra long-haul flights are expected to start from Australia's biggest city by the end of 2025, according to the airline.

Australia's national carrier had long envisioned direct 20-hour flights to London and New York -- known internally as Project Sunrise -- and had previously planned on commencing them in 2023, before the global health crisis flattened domestic and international travel.

Now, a faster-than-expected rebound in passenger traffic and improvement in market conditions are again raising hopes in the ailing airline sector.

"The board's decision to approve what is the largest aircraft order in Australian aviation is a clear vote of confidence in the future of the Qantas Group," Chief Executive Alan Joyce said in a statement.

The airline also confirmed an order for 40 Airbus A321XLR and A220 aircraft for its domestic fleet, with an option for 94 more jets over a decade.

Qantas did not disclose the value of the combined order, but said the A350 deliveries would begin in 2025 and be completed by 2028.

The number of nonstop long-distance flights has increased in recent years as technological improvements have allowed for longer ranges from more fuel-efficient and lower-capacity aircraft. These flights' popularity is accelerating as travelers deal with COVID risks by avoiding long stopovers at hubs like Dubai and Singapore. Ultra long-haul flights also help travelers skirt restrictions in third countries.

Excluding the current disruption in European skies due to the Russia-Ukraine conflict, Singapore Airlines operates the world's longest regular flight, between Singapore and New York, a route that covers 9,537 miles. Qantas also operates along the 9,010-mile Perth-London route.

But the airline's 10,000-mile-plus direct Sydney-London flight would easily eclipse those numbers.

"The A350 and Project Sunrise will make any city just one flight away from Australia," Joyce said. "It's the last frontier, and the final fix for the tyranny of distance."

Qantas said its A350s will be configured to carry about 238 passengers across four classes -- first, business, premium economy and economy. The planes will have an extra fuel tank fitted to extend their range.

The airline also confirmed its domestic fleet order for at least 40 narrow-body Airbus aircraft to replace its aging Boeing 737s and 717s, underscoring the sustained recovery in travel demand.

In a separate statement, Qantas said it is benefiting from improved domestic and international demand in the second half of the current fiscal year, although it still expects an underlying operating loss for the full year.

It said domestic travel demand in the March quarter had exceeded expectations, helped by a rebound in business air travel. International travel is experiencing a gradual recovery as various countries ease restrictions, the airline said, with bookings being particularly strong for London, Los Angeles, Johannesburg and Bali.