Australia's Rex gears up to take on Qantas 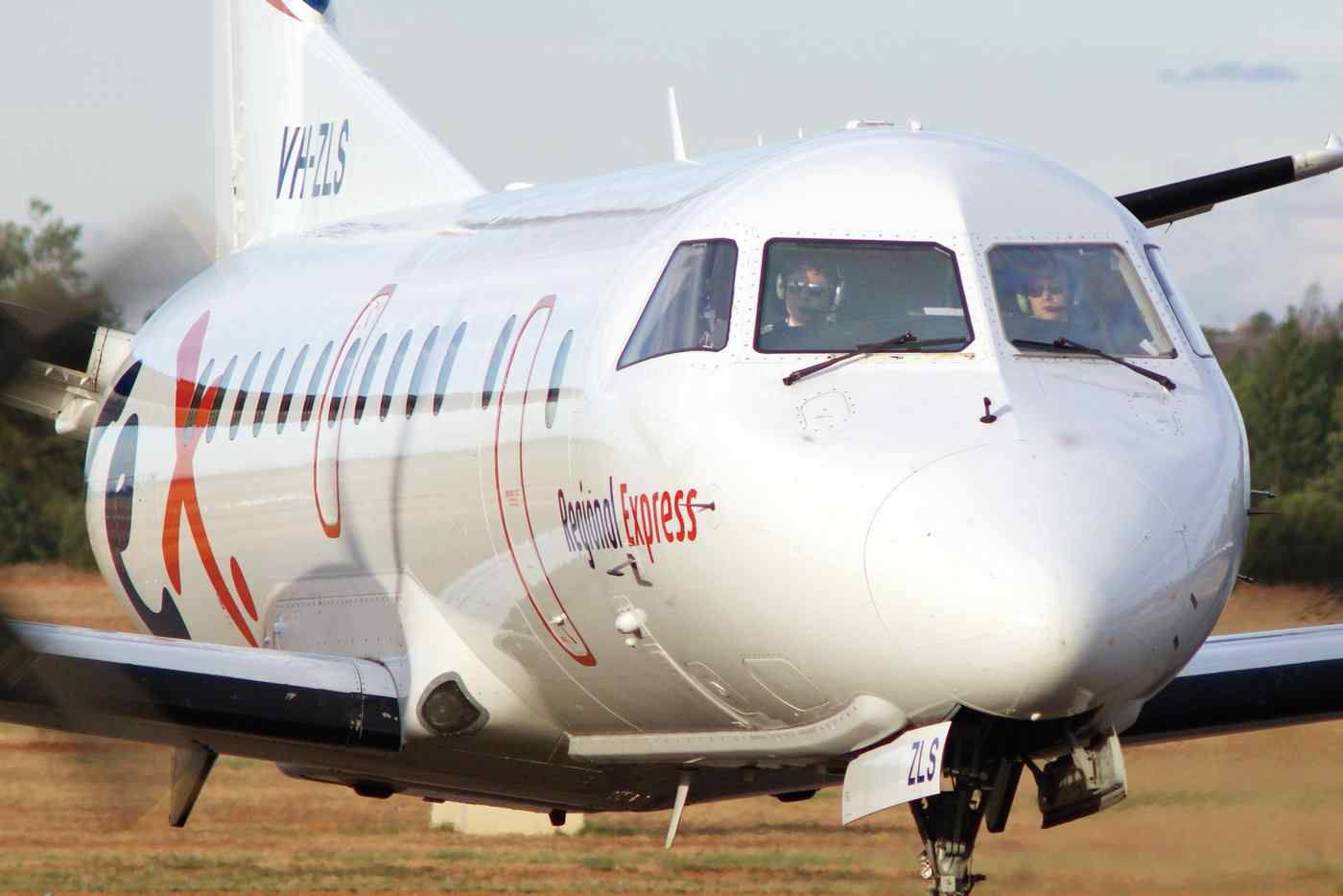 SYDNEY -- Global airlines are facing record losses, with most flights still grounded by the COVID-19 pandemic. Virgin Australia was among the sector's first casualties, putting itself under court administration in April.

Yet not all see gloom.

Regional Express Holdings, a carrier which operates small turboprop planes to outlying towns in Australia, on Friday took delivery of its first jet as it gears up to operate between the country's major cities in direct competition with Qantas Airways and Virgin, which itself is attempting a revival under new ownership.

"The thought of going into the [big city] domestic market has been bouncing around in our heads for a long time," Deputy Chairman John Sharp told Nikkei Asia in a recent interview. "The COVID pandemic, accompanied by the collapse of Virgin, created for us the perfect opportunity."

With Qantas and Virgin together cutting more than 11,000 jobs and grounding hundreds of flights, Regional Express, known as Rex, hopes to step into the gap.

"There are plenty of pilots, cabin crew, engineers and support staff that we could engage in the business," Sharp said. "Normally, we are desperately short of pilots. So [this has] presented a unique opportunity to acquire the people and the planes to commence a domestic service."

"Normally the airports are congested [and] slots are unavailable," he added. But now "there's oodles of space at airports, plenty of slots for landing and taking off."

The route was the world's fifth-busiest passenger route last year according to data provider OAG Aviation Worldwide. Other routes connecting state capitals would follow, along with up to four other planes by the end of 2021.

"Once Australians are back flying domestically, there could be an incredible demand for flights, since international [travel] is looking unlikely until end-2021," said Tom Youl, senior industry analyst at information company IBISWorld in Melbourne. "We will probably see over the next five years a real surge in demand once the coronavirus is contained."

Travel between Australia's six states has been restricted to contain the spread of COVID-19. As a result, domestic passenger traffic was down 88.7% in September from a year earlier, exceeding the global drop of 72.8%, according to International Air Transport Association data.

With the country now experiencing few COVID-19 cases, the border between Australia's two most populous states is set to open Nov. 23, opening the way for revival in Sydney-Melbourne traffic.

Investors are already on board. Rex shares have risen 60% on the Australian Stock Exchange since the company, whose top route now connects the South Australian capital of Adelaide with self-proclaimed "seafood capital" Port Lincoln, said in May that it was considering joining the jet set. They closed at AU$1.44 on Friday.

PAG's investment is to be made in the form of convertible notes that could be converted to stock based on a strike price of AU$1.50 a share. This would give PAG a 48% interest in the airline. PAG declined to comment on its investment.

Rex has long been under the control of Singapore-based investors led by Chairman Lim Kim-hai, a former engineer who also is chairman of Lynk Biotechnologies in the city-state.

While COVID-19 has pushed Rex into the red, the airline ended its fiscal year on June 30 with revenues up 1.3% to AU$213.16 million compared with the year before. With help from government pandemic aid, Rex kept its loss to AU$27.42 million.

Qantas, by comparison, recorded a loss for the year of AU$1.96 billion on AU$14.26 billion of revenue.

Given the uncertain look, some industry observers question Rex's plans, in part because the record of other Australia regional airlines who tried and failed to move onto key city routes.

"There might be opportunities for Rex but I think it is a really dangerous game that they are playing here," said Rico Merkert, a professor of transport at the University of Sydney Business School.

"The airlines, particularly Qantas, know what those routes are worth to them, and they will try everything they have to stop this becoming a success," he added, noting Qantas advantages such as a well-established frequent flyer program and airport lounge network. But Sharp, a pilot himself who previously served as the country's transport minister, said Rex will take a more gradual approach than previous challengers.

In his view, Rex's financial position gives it an advantage over Qantas and Virgin, which is now under the control of U.S. private equity group Bain Capital.

"We arrived at the pandemic without any debt. That is unique for all airlines around the world," Sharp said. "We own all our buildings. We have 60 aircraft, we don't owe money on them, we don't have to pay a bank interest on them. Just that alone is going to make us a lower cost operation."