Watchdog chief says benefits would not outweigh harm to competition 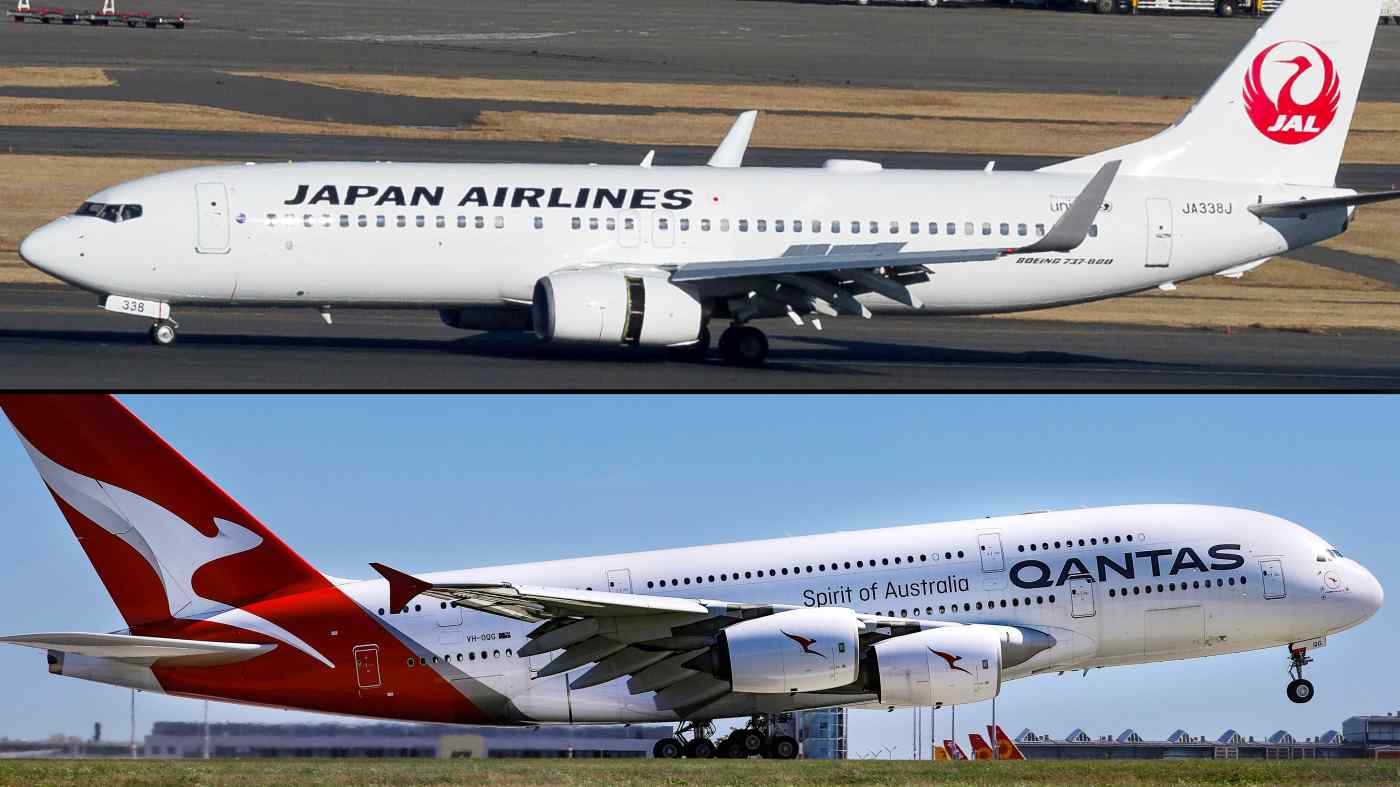 Though disappointed with the decision, the two airlines will continue their codeshare arrangements and Oneworld alliance partnership. (Source photos by AP)
September 13, 2021 12:19 JST | Australia
CopyCopied

Australian Competition and Consumer Commission (ACCC) Chairman Rod Sims said the regulator was not satisfied that the public benefits of the proposed joint business agreement would outweigh harm to competition.

"Preserving competition between airlines is the key to the long-term recovery of the aviation and tourism sectors, once international travel restrictions are eased," he said in a statement.

The agreement -- which would allow the airlines to coordinate fares and schedules -- would make it very difficult for other airlines to operate on routes between Australia and Japan, ACCC said.

Japan's ANA Holdings is the only other airline that flies non-stop between Japan and Australia.

"Virgin Australia told the ACCC that it would be more difficult to enter the Australia-Japan route if it is required to compete with Qantas and Japan Airlines acting jointly rather than as individual competing airlines, " the regulator said.

After a negative draft decision by the ACCC in May, Qantas had offered to commit to a new service between Cairns and Tokyo once demand thresholds were reached.

Qantas and JAL expressed disappointment with the ACCC decision in a joint statement on Monday, though they said they would continue their codeshare arrangements and oneworld alliance partnership.

Qantas domestic and international chief executive, Andrew David, said the decision was unfortunate for Cairns, because without the ability to coordinate with JAL, the planned Tokyo flights would not be commercially viable.

JAL senior vice president Ross Leggett said the joint venture with Qantas would have accelerated the recovery of leisure and business traffic between Japan and Australia.