EA's prototype boat cost $1 million to build, with the batteries and electric motor accounting for half the cost, making it over 60% pricier than a diesel-engine vessel. (Photo by Peter Janssen)
PETER JANSSEN, Contributing writerAugust 26, 2020 12:01 JST | Thailand
CopyCopied

BANGKOK -- A private company has launched a project to introduce electric passenger ferries on the Chao Phraya River, a Bangkok icon once called 'Venice of the East' with its numerous tributaries and hundreds of man-made waterways, as Thailand ramps up efforts to reduce pollution in its traffic-ravaged capital.

The new initiative is being undertaken by Energy Absolute, a listed Thai company that is taking advantage of tax breaks and other clean-energy incentives to manufacture lithium-ion batteries and install a network of charging stations for electric vehicles and boats in Bangkok.

The company plans to launch 22 air-conditioned passenger boats that can seat 200 on the river in the first quarter of 2021 at a cost of more than $32 million, CEO Somphote Ahunai said.

"I think our service can turn around the image of the Chao Phraya and make Thailand's tourism industry more environmentally friendly," Somphote told the Nikkei Asian Review. "If we can prove that it works, I think there is a huge market [for electric vessels], not only in Thailand but for export also."

So far, however, Bangkok's leading water-based mass transit operators -- Chao Phraya Express Boat Company, owned by the Supatra Group, and Family Transport Company, which has been servicing the city's Saen Saep canal since 1990 -- have rebuffed offers from EA to electrify their fleets. Both use diesel-engine boats, notorious for carbon emissions and noise. 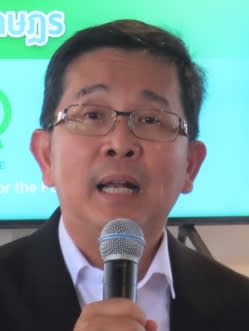 Proving that the electric service is commercially viable is likely to be a challenge. EA's prototype, which had a trial run on July 31, cost $1 million to build, with the batteries and electric motor accounting for half the cost. A similar-sized vessel using diesel engines would cost about $600,000.

"Diesel operators are always opposed to the introduction of EVs," said David Hunter, business development manager for Danfoss Thailand, a leading systems supplier for electric marine applications. "But the cost-saving on maintenance is huge, about 30%. There are no moving parts in this. It's just a motor spinning."

Somphote argues that EA also saves on technology costs by supplying the components and designs themselves. "If you do everything from scratch yourself, you collect all the small margins from each level of the supply chain, and that way you get a higher margin," he said.

EA needs to transport about 40,000 passengers a day to turn a profit. But that is a tall order. The company will be competing mainly with the privately held Supatra Group, which has been in the riverboat business for a hundred years.

Its 61-vessel Chao Phraya Express Boat service became profitable in the mid-1980s when it gained popularity after congestion soared on Bangkok's notoriously crowded roads. But CEO Supapan Pichaironarongsongkram is cautious about both electrification and expansion. "We are not pioneers and we can't afford mistakes," she said.

So far, only one electric boat service is operating on the eastern side of the river, where Khlong Padung Krung Kasem -- an arm of Krungthep Thanakom and owned by the Bangkok Metropolitan Authority -- introduced two electric vessels in July to complement its six diesel-powered boats that have been in service since 2018. 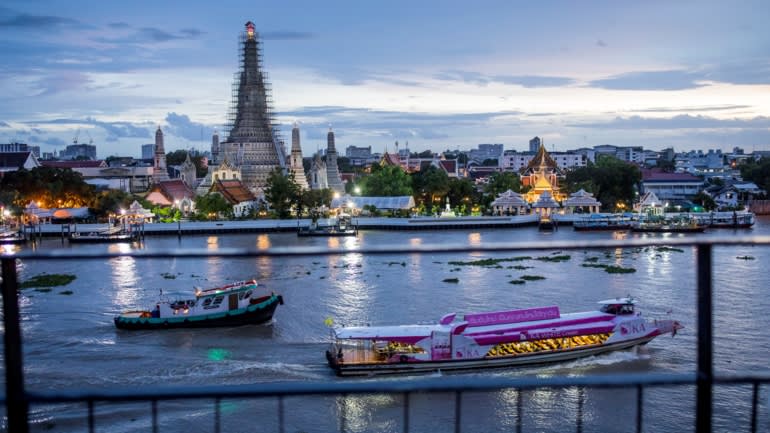 A highlight for visitors to Bangkok is a boat trip along the Chao Phraya River. The vessels, an important means of transportation for locals, are still diesel-powered.   © VWPics via AP Images

"The move to EV is to fight pollution in the city," said Thathatip Sommani, Krungthep Thanakom's development manager. "The policy is that in the future, everything must be EV for all mass transit, including boats and buses."

However, the city government's operations may serve largely to underline the higher costs and operating difficulties posed by electric services. Its boats use German-made motors costing $98,000, including a set of 12 batteries. This compares with $9,500 for a diesel engine.

The electric boats also need to be charged for two hours for every two hours of service and travel at about 10 kph -- a third as fast as diesel boats -- taking 30 minutes to transit the 5 km canal.

Family Transport Company said the speed problem was a prime reason for its current lack of interest in electrics.

Its diesel-powered express vessels on the Saen Saep canal travel at 30 kph, stopping at 27 piers. They are packed at peak travel times and handle about 60,000 passengers a day. "I'm still not convinced with EV boats," said CEO Chaovalit Metthayapraphat. "In my business, I'm selling time. Passengers use my service because it's fast."

Chaovalit will start switching to aluminum vessels next year, which could eventually lead to the use of electric engines, he noted.

These problems suggest that if Bangkok wants eco-friendly water traffic, the country may need to follow the lead of the European Union, which has set a deadline for reduced carbon dioxide emissions from cars and boats by 2030. Such a deadline would force operators to make the switch to electric power and remove the price advantage of diesel engines.

The city may also need to help operators maximize revenues by dropping its policy of keeping fares low for economically disadvantaged passengers, said Hunter at Danfoss Thailand. That would make it easier to recoup the higher investment costs of electric fleets.

So far, however, the prospects of a sympathetic government remain uncertain. "We are hoping to get government help," said Somphote. "However, we can't rely on something we can't control."