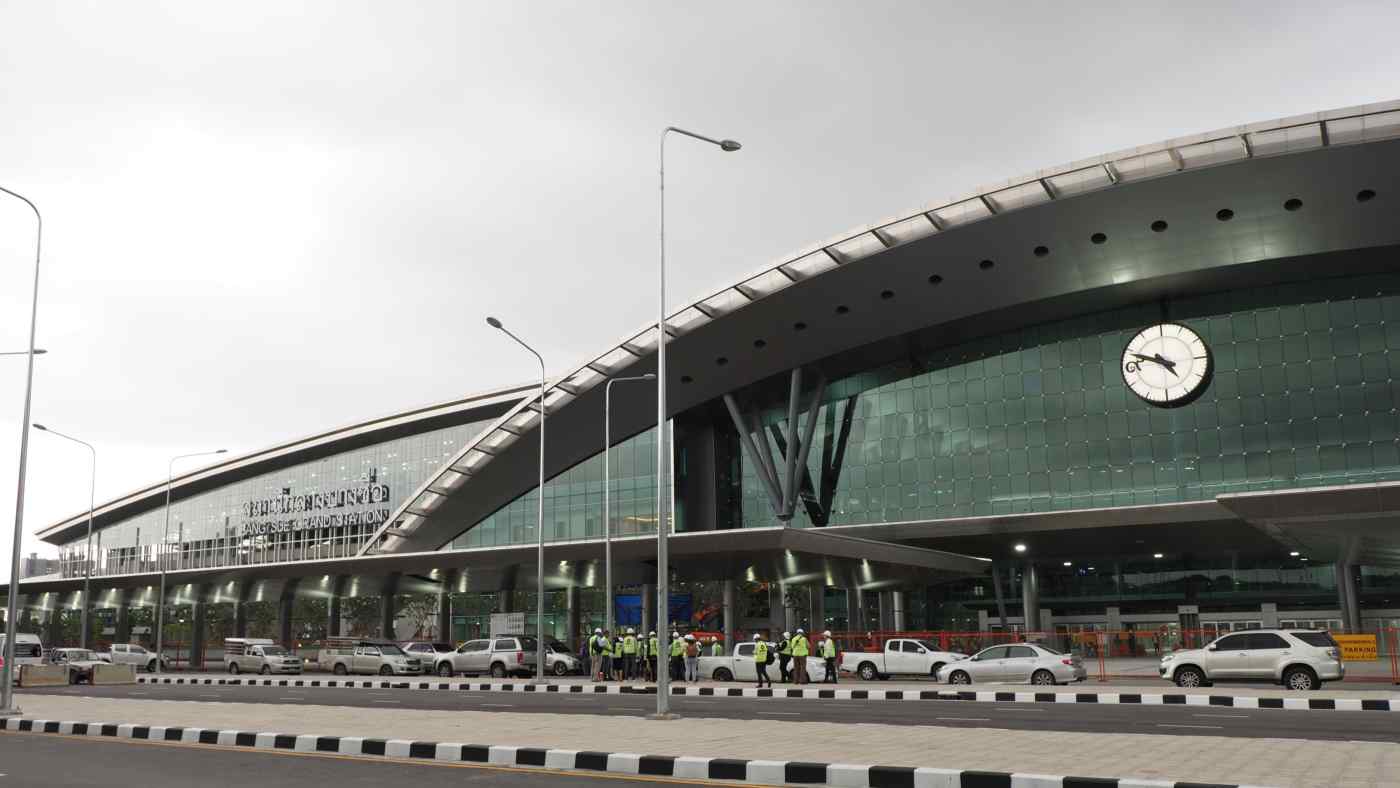 The opening of Bang Sue Grand Station has been pushed back to July 1, 2021, and along with it the new Red Line that promises to alleviate Bangkok's nightmarish traffic. (Photo by Masayuki Yuda)
MASAYUKI YUDA, Nikkei staff writerOctober 7, 2020 15:02 JST | Thailand
CopyCopied

BANGKOK -- The much-anticipated opening of Bangkok's central train station has been delayed, according to State Railway of Thailand.

Bang Sue Grand Station, originally scheduled to open at the start of the new year, will not begin service until July 1, 2021, despite past assurances that the project was on time.

Concurrent to the opening would have been the kick-off of the new Red Line commuter service, connecting central Bangkok with Rangsit in the northern outskirts of the capital. The line is expected to ease Bangkok's infamous traffic jams -- especially during rush hours -- but unspecified delays on the artery have pushed back the start of Bang Sue.

The new facility will replace century-old Hua Lamphong Station, the capital's main terminal. Bang Sue has been planned as a hub for medium- and long-distance trains as well as local commuter lines.

The central government has allocated 100 billion baht ($3.1 billion) for the new station and Red Line, but State Railway is asking for an additional 10 billion baht.

Another Thai construction company, Italian-Thai Development, built eight stations and the foundations for a 20-km stretch of track for 30 billion.

Japanese companies have also pitched in. Mitsubishi Heavy Industries, Hitachi and Sumitomo Corporation helped on design and construction, including installation of track, control systems and rolling stocks. As of Aug. 25, the three had completed about 87% of their assigned work. The new station and commuter line are just a few of the numerous railway projects Thailand has been pursuing in Southeast Asia's second-largest economy. A consortium led by Thailand's largest conglomerate Charoen Pokphand Group is constructing a high-speed rail line connecting three major airports: Don Mueang, Suvarnabhumi and U-Tapao. The 220-km route is expected to be operational in 2026 and includes Bang Sue along its route.

Another high-speed railway is planned to connect Bangkok and Nakhon Ratchasima, one of four major cities in northeastern Thailand. The railway will extend to the city of Nong Khai bordering Laos and will eventually connect to Singapore and the Chinese city of Kunming as part of Beijing's Belt and Road Initiative.

Despite official enthusiasm for the projects, economists and industry insiders remain doubtful about their profitability and sustainability. To hedge its bets, Charoen Pokphand is eyeing commercial and residential developments along the high-speed railway linking the three main airports.

In September, Worawut Mala, deputy governor of asset management at the Ministry of Transport, said second bids will be accepted for a development contract on a five-hectare plot adjacent to the station

Three bidders cast their lot during the first round from April 9 to May 7, but appear to have backed out before a July deadline after examining project details, prompting the ministry to hold a second round of bidding.