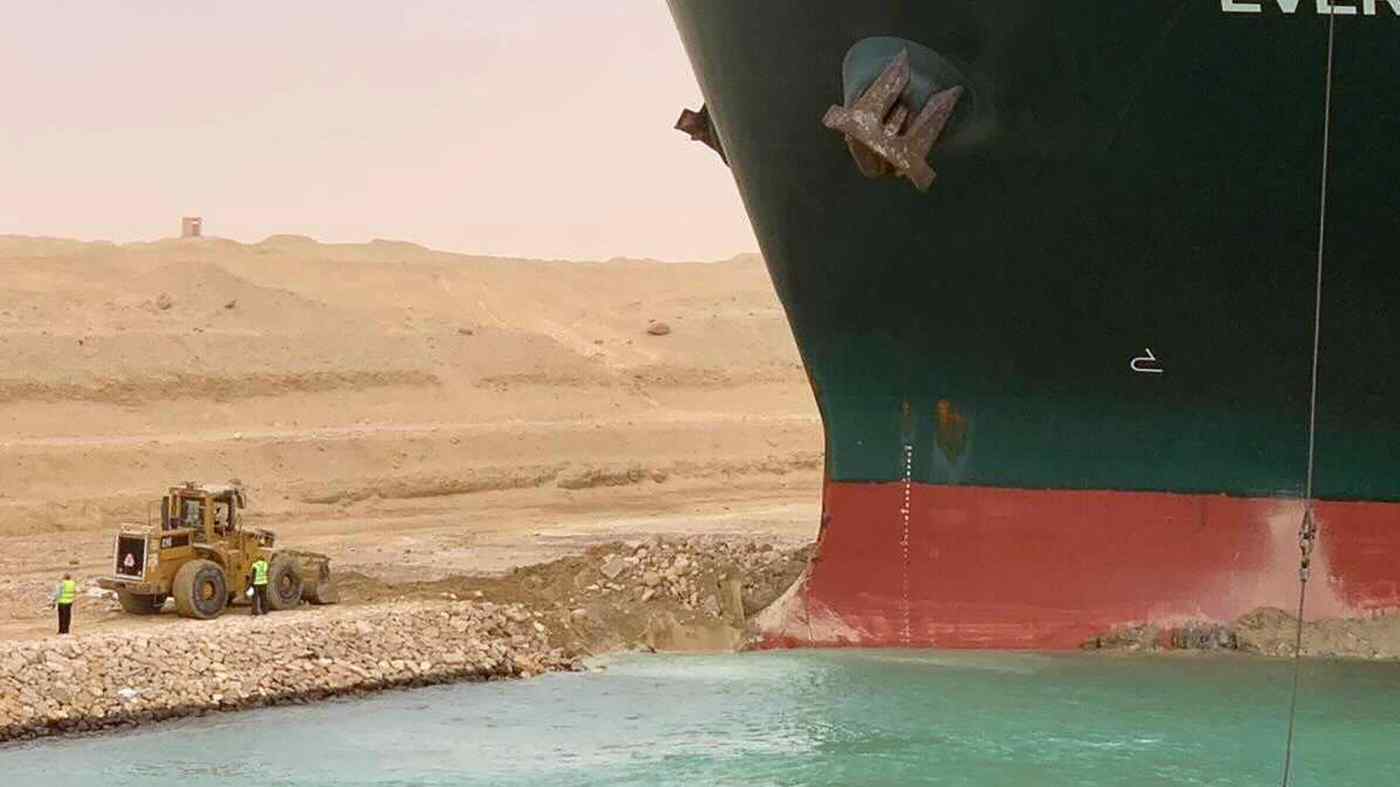 CAIRO -- The fallout from one of the world's largest container ships getting stuck in the Suez Canal has disturbed commodity markets and threatened to damage an already distressed global supply chain.

The Ever Given, the 400-meter container ship operated by Taiwan-based Evergreen Group, became stuck sideways Tuesday in one of the world's busiest shipping arteries, choking off the shortest shipping route from Asia to Europe. Egypt's Suez Canal Authority blamed the incident on low visibility from a sandstorm.