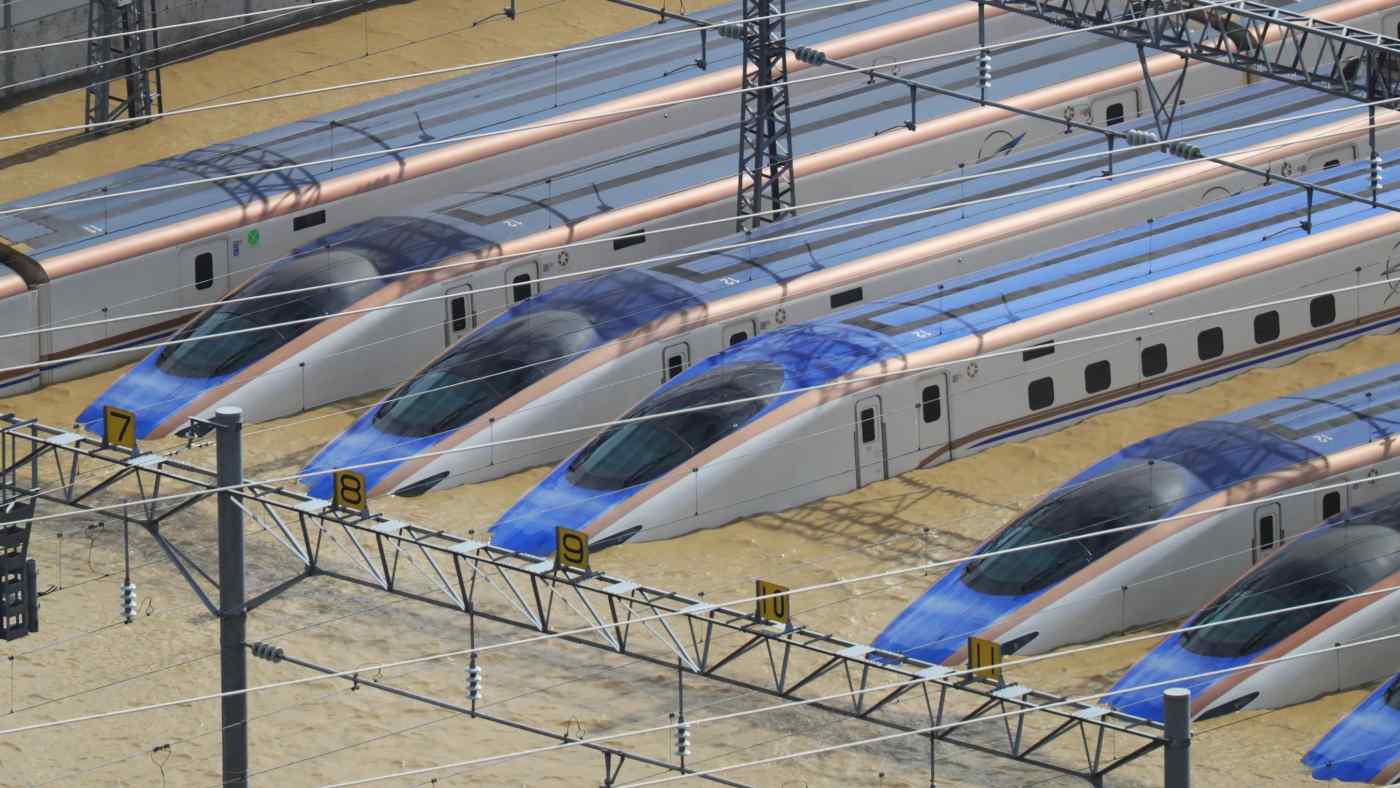 Floodwaters unleashed by Typhoon Hagibis forced JR East to shut down part of the Hokuriku shinkansen, which connects Tokyo and Kanazawa. Direct service between the two cities is expected to be restored Oct. 25, the company said Friday.