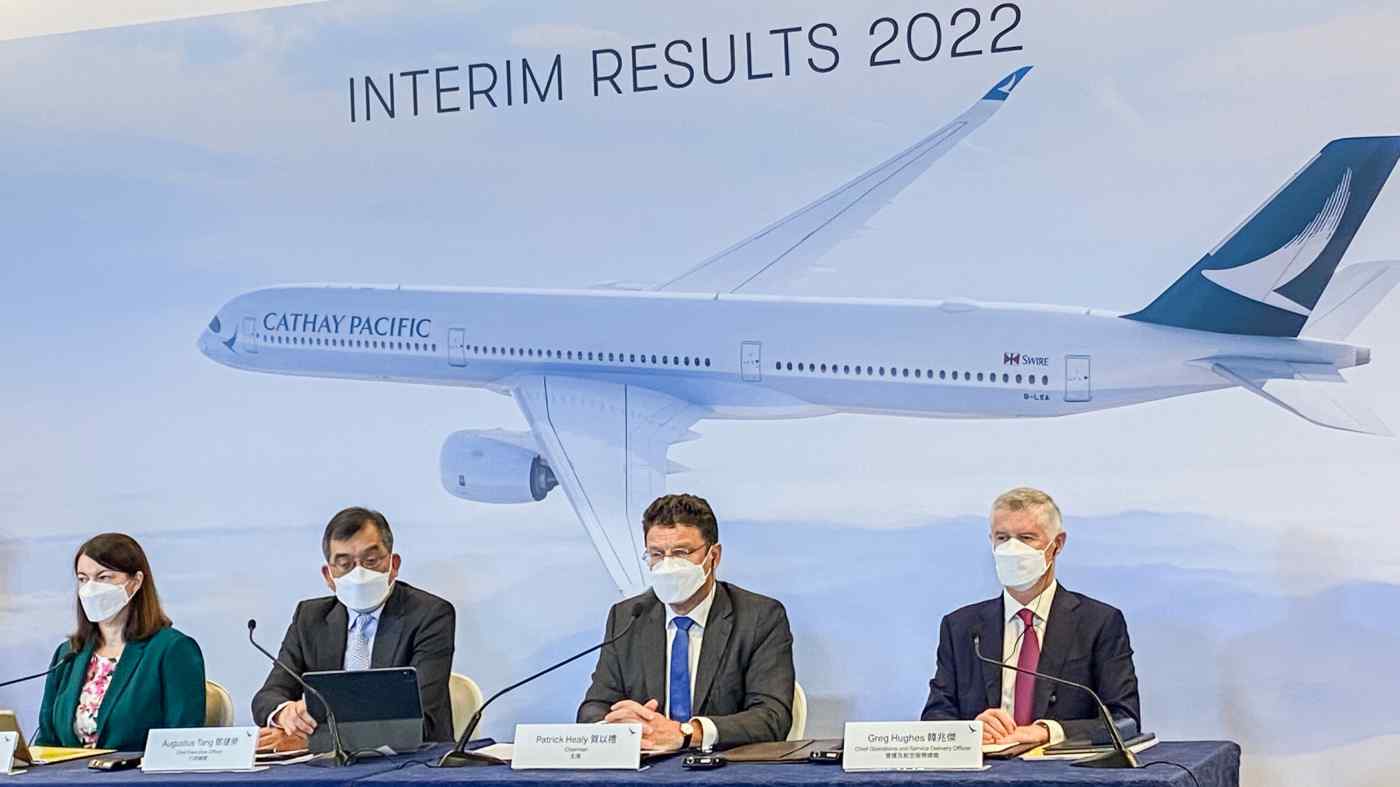 HONG KONG -- Cathay Pacific Airways said on Wednesday that it has recorded a first-half net loss for the third consecutive year, but the amount of the shortfall continued to drop as revenue rebounded from the year before, as travel restrictions gradually eased.

Hong Kong's flagship carrier said its net loss during the first six months was 5.29 billion Hong Kong dollars ($674 million), down from a HK$7.85 billion loss a year earlier and HK$9.86 billion in the first half of 2020, as the pandemic first hit financials.