With COVID back in Hong Kong base, outlook bleak despite $5bn aid package 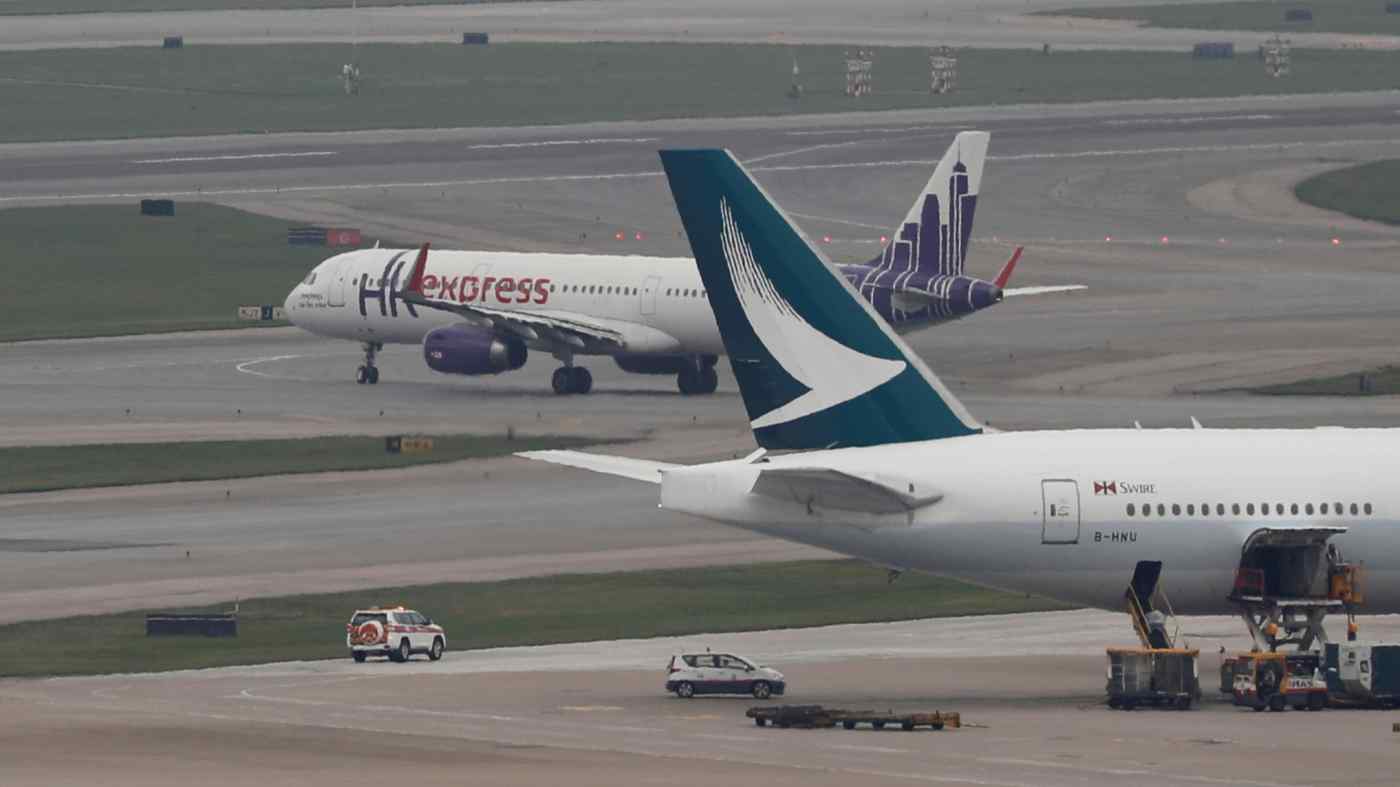 HONG KONG -- Shareholders of Cathay Pacific Airways have overwhelmingly approved a government-led $5 billion bailout of the airline, but the carrier still faces strong headwinds with its operating base of Hong Kong facing a resurgence of COVID-19 cases.

The package of equity and debt support worth 39 billion Hong Kong dollars from the city's government and the carrier's major shareholders will provide a breather for the ailing airline. Cathay has been hit hard by the coronavirus pandemic on the heels of months of antigovernment protests in Hong Kong last year.

But Monday's vote comes amid dimming short-term prospects for a relaxation of Hong Kong's controls on inbound travel or of the restrictions imposed by the governments of key destinations the airline flies to.

"We expect a deeper revenue decline and net loss due to the halt in international flights and jet fuel hedging loss, despite several rounds of staff voluntary unpaid leave," said Kelvin Lau, aviation analyst at Daiwa Capital Markets in Hong Kong, in a note on Friday.

Lau, who rates the airline as the only "sell" among the 10 aviation-related companies he covers, expects the airline to record a net loss of more than HK$8 billion for the first half of the year.

The airline announced on Monday evening that all five resolutions presented by the company passed with more than 99% support from shareholders.

The result was widely expected. Advisory group Institutional Shareholder Services had recommended shareholders vote for the rescue plan, as "the recapitalization is essential for the group in order to build up its liquidity, strengthen its financial position, and weather the impact of the COVID-19 pandemic."

The Hong Kong government has justified the bailout, unprecedented locally, as necessary to preserve the city's role as an international transport hub amid the pandemic and has said it would not be a long-term shareholder of the airline. On Monday, a spokesperson said the government had "nothing further to add" to comments last month about the bailout.

In May, the most recent month for which it has published figures, Cathay carried 99.4% fewer travelers than it did a year before, operating at 3% of its previous passenger capacity. At the time, it said it would bring operating capacity up to 5% in June.

Hong Kong Express, its no-frills airline unit, has been completely grounded since March. Last week, it said it would resume flights Aug. 2, but that could come into question as the city is hit by a third wave of the pandemic.

The Center for Health Protection has reported more than 150 new cases over the past four days, including dozens of local transmissions which had nearly disappeared until now.

"Given that the situation of COVID-19 infection remains severe and that there is a continuous increase in the number of cases reported around the world, members of the public are strongly urged to avoid all nonessential travel outside Hong Kong," a spokesperson at the center said Sunday.

In a circular sent to shareholders last month, Cathay directors said the bailout would give the carrier sufficient working capital "for at least the next 12 months."

Unlike mainland competitors that are starting to benefit from a steady recovery in business activities and air travel, Cathay does not have a domestic flight segment to cushion losses in international traffic. Hong Kong officials have held talks with counterparts in mainland China and Thailand about relaxing border controls, but have yet to reach agreement in support of expanded flight services.

Hong Kong Airlines, the only local airline not controlled by Cathay, faces a more desperate financial situation, with the government showing no inclination to provide aid. Local media have reported that the carrier, an affiliate of China's cash-strapped HNA Group, will defer interest payments due on July 2 in relation to a U.S. dollar-denominated perpetual bond. The $683 million bond was issued by its financial vehicle Blue Skyview in January 2017.

A spokesperson declined to confirm the move on Monday.

"This crisis could have a very long shadow," Alexandre de Juniac, director general and CEO of the International Air Transport Association, said in a statement last Tuesday when the organization published the results of a survey conducted in June in 11 countries about attitudes toward air travel.

Of those surveyed, 66% said they would fly less in the post-pandemic world and 64% indicated that they would postpone plans until economic conditions improved.

"Passengers are telling us that it will take time before they return to their old travel habits. Many airlines are not planning for demand to return to 2019 levels until 2023 or 2024," he said.