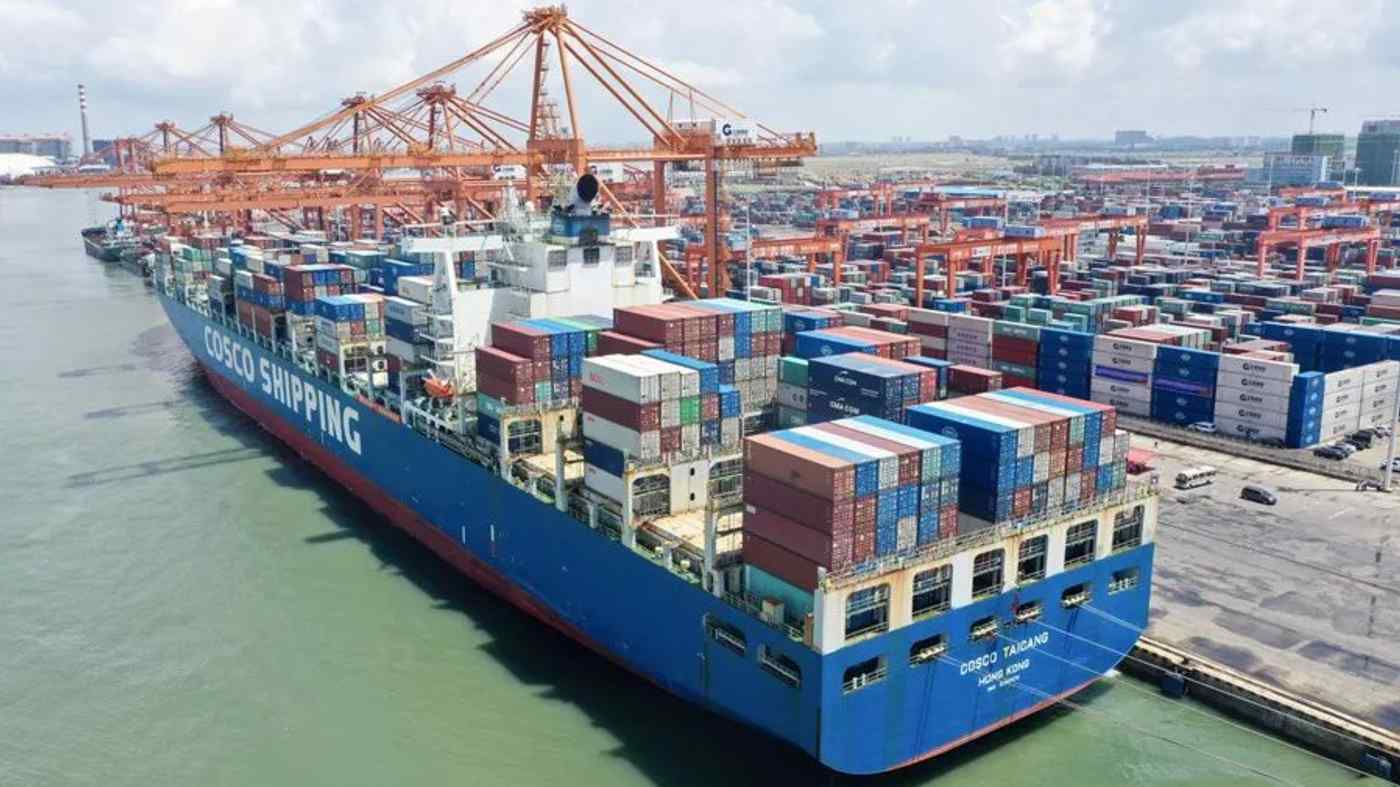 DALIAN, China/TOKYO -- China's state-owned shipping giant COSCO Group will spend $4.9 billion to expand its fleet in a renewed quest to become the biggest marine transporter on the planet.

The group will allocate the funds from 2023 through the end of 2025 to bring in 32 container ships, expanding its carrying capacity by roughly 580,000 TEUs (twenty-foot equivalent units).