China's Guangzhou airport crowns itself the world's busiest for 2020

HONG KONG -- Guangzhou Baiyun International Airport declared on Monday that it had become the busiest among its global peers in 2020.

Airports Council International ranked the southern Chinese airport 11th in 2019. While it has yet to announce 2020 rankings, China is one of the few countries to mark a recovery in domestic air travel, at a time when other major economies are still suffering from a slump in travel demand.

While Guangzhou's population is significantly smaller than those of Shanghai and Beijing, they have multiple major airports while it has just one.

Guangzhou Baiyun handled 43.768 million passengers last year, which was 40.4% lower than a year ago. However, the decline was much steeper for its peers, including Hartsfield-Jackson Atlanta International Airport, which saw a fall of 61.2% to 42.918 million last year, after holding the crown as the world's busiest for over two decades.

Guangzhou's rise to the top is driven by a resurgence in domestic air travel demand. While there were 86% fewer passengers on international routes in 2020, the drop in domestic passengers -- comprising 94% of the total -- was only 24.7% from a year before. On a monthly basis, it has been increasing year-on-year since September.

On its official Weibo site, the airport attributed its strong performance to "China's capability to effectively control the pandemic," which allowed the swift recovery of business activities.

It is a similar story for Shenzhen Bao'an Airport, another hub-sized airport in the southern province of Guangdong bordering Hong Kong. Shenzhen airport served 37.916 million passengers last year, a year-on-year decline of 28.4%. Its global ranking has possibly shot up to the top three, from 26th in 2019.

Other major mainland Chinese airports, such as Chengdu Shuangliu International, Beijing Capital International and Shanghai Pudong International are likely to have made the global top 10 in 2020, when they all handled over 30 million passengers respectively.

On the other hand, major airports around the world suffered heavily as the coronavirus pandemic hit aviation demand. Chicago O'Hare International and Tokyo's Haneda both served around 28.6 million passengers until November and could possibly be in competition for the top 10 slots with the Chinese airports, but they would still report substantial drops in traffic from 2019 when they had around 85 million passengers each.

Los Angeles International Airport, which was ranked third globally in 2019, estimates that its passenger count was about 29 million for last year, a 67% dip from the year before. 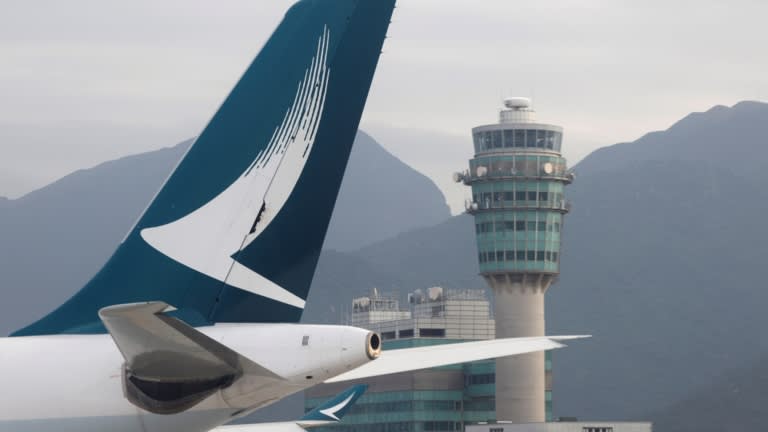 Dubai International Airport, the fourth largest in 2019, had a worse year, where passengers traveling through the Persian Gulf air hub totaled 17.889 million, almost an 80% drop, according to the official government website of UAE.

In Europe, both Heathrow International in London and Charles de Gaulle in Paris ended up serving slightly over 22 million each last year. That means the top European airport ranking could be claimed by the new Istanbul Airport that opened in April 2019 and which handled 23.4 million passengers in 2020.

Hong Kong, which was Asia's top hub for international passenger traffic in 2019, was quiet in 2020. Annual figures are not yet available from the airport, but Cathay Pacific Airways, the top carrier of the territory, announced on Monday it carried 4.63 million passengers last year, an 86.9% decline from the year before.

"Our passenger business continues to face significant challenges," said Ronald Lam, chief customer and commercial officer, in a statement. Due to the restrictions imposed because of the pandemic, the airline carried only 490 passengers on Dec. 28, the lowest single-day figure since June 15.

On top of the current restrictions, the Hong Kong government's decision to require pilots and cabin crew come under an extra seven-day medical surveillance on top of the 14-day hotel quarantine "will have a significant impact on our ability to [serve] our passenger and cargo markets," said Lam.

Guangzhou airport hosted an unusual press conference to announce its new position as the global number one. However, an airport official was careful to admit that this was a "special report card" under extreme circumstances.