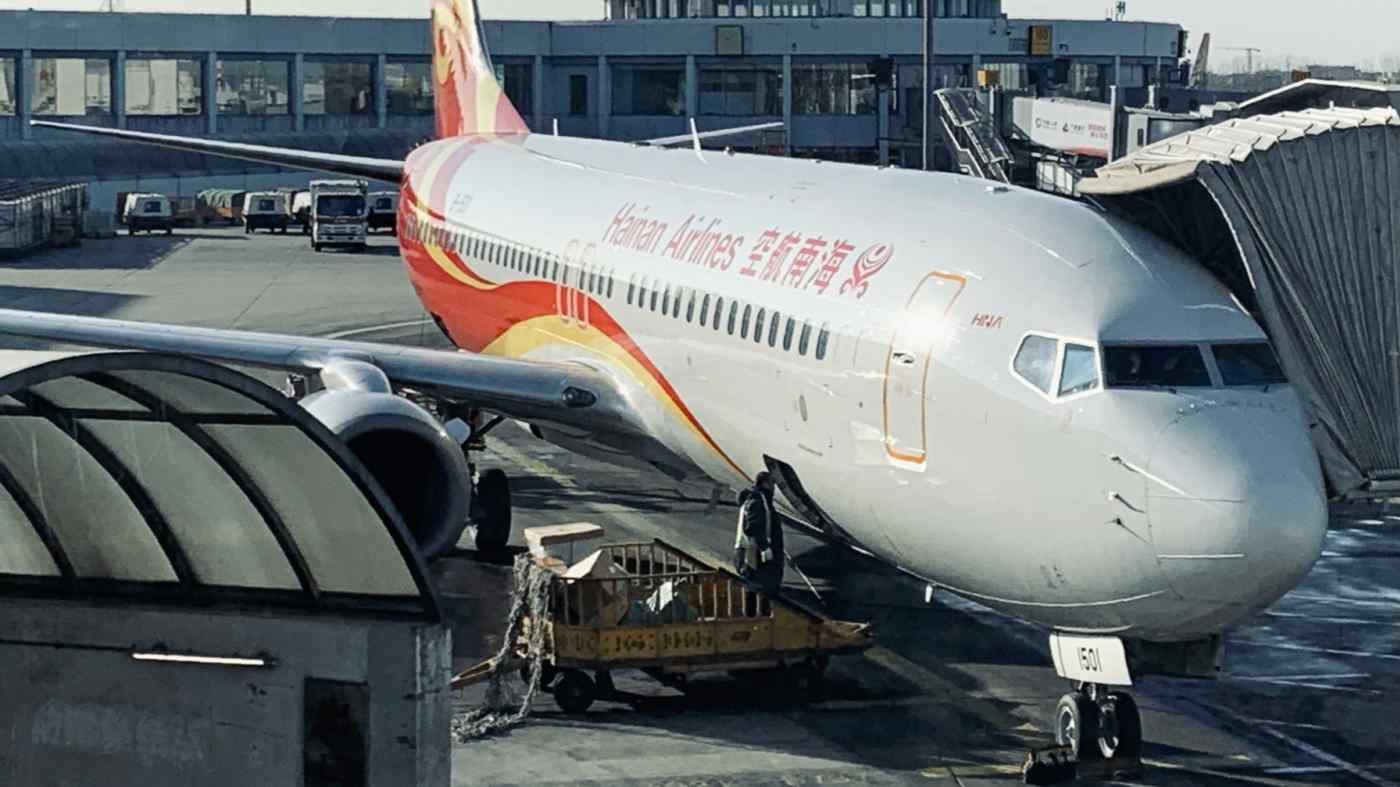 GUANGZHOU/BEIJING -- HNA Group, the once high-flying Chinese conglomerate that has fallen into dire financial straits, appears set to remain a going concern after successfully lobbying the state for support.

The fallout from the new coronavirus has dealt a blow to the group's flagship airline business, but the financial problems long predate the epidemic. A history of attaining scale through leverage left the privately held conglomerate exposed to unforeseen crises.

HNA said Saturday it is inviting a team of professionals put together by Hainan Province, where the conglomerate is based, to lead the turnaround efforts. Senior officials heading Hainan's investment arm and the province's economic development zone have been selected to sit on HNA's board.

The group is unable to completely resolve the risks on its own, HNA said in a release.

Hainan Airlines, HNA's core listed subsidiary, was reportedly told by its parent that this is not a government seizure. There had been speculation that HNA's financial troubles would lead to its nationalization.

"It looks like [the government intervention] came in the form of state support for the rehabilitation instead of a takeover due to political considerations," said a source in Beijing.

An analyst at Moody's said Monday that this move could ease HNA's liquidity problem. "It's a plus that the group's attainment of state support has been made clear," said a senior regional government official. Hainan Airlines stock climbed more than 2% on Monday.

HNA got its start with Hainan Air, which launched services in 1993. The conglomerate went on to branch out into real estate, logistics and other operations, and invested in overseas enterprises.

Between 2016 and 2017, the group engaged in a series of high-profile acquisitions, such as stakes in Deutsche Bank and Hilton Worldwide. Thanks to a slew of buyouts in the real estate and logistics industry, revenue in 2017 ballooned to over 10 times the figure five years earlier.

But the splashy purchases were heavily leveraged, and debt climbed as high as 717.99 billion yuan (about $102.6 billion at today's rates) in the middle of 2017.

The Chinese government grew wary of a business model in which outbound purchases were repeatedly financed by debt. The practice could do damage to the domestic financial system if asset values tumble.

In June 2017, Chinese financial authorities ordered banks to perform credit audits of Anbang Insurance Group, along with real estate conglomerate Dalian Wanda Group, which had expanded rapidly through mergers and acquisitions. Financial groups in the U.S. and Europe held back on dealing with such Chinese enterprises due to their problematic finances.

Wanda was forced to divest more than 130 billion yuan worth of hotels, theme parks and department stores.

HNA's expansion hit a wall as well, and the group turned in a net loss in 2018. The group decided to let go of foreign assets, including shares in Deutsche Bank and Hilton. Last year, the conglomerate sold off budget carrier Hong Kong Express Airways.

The coronavirus outbreak was the final nail in the coffin. In January, Hainan Airlines experienced a 35% drop in passenger traffic from a year earlier, which squeezed earnings further.

On Saturday, HNA said in a statement that the spread of the coronavirus deepened the risks. It appears the conglomerate will work with provincial authorities to liquidate assets and operations. The airline business is not expected to escape downsizing.

In the airline industry, scale counts. A carrier's advantage on the cost front increases with the size of its fleet and the volume of fuel procured.

Hainan Airlines' carrying capacity equaled 42.26 million passengers in 2018, according to the International Air Transport Association. That lags far behind China Southern Airlines' 103.9 million passengers, and the 95.61 million for China Eastern Airlines. There is speculation that some of HNA's airline assets will be broken up and transferred to the bigger rivals.