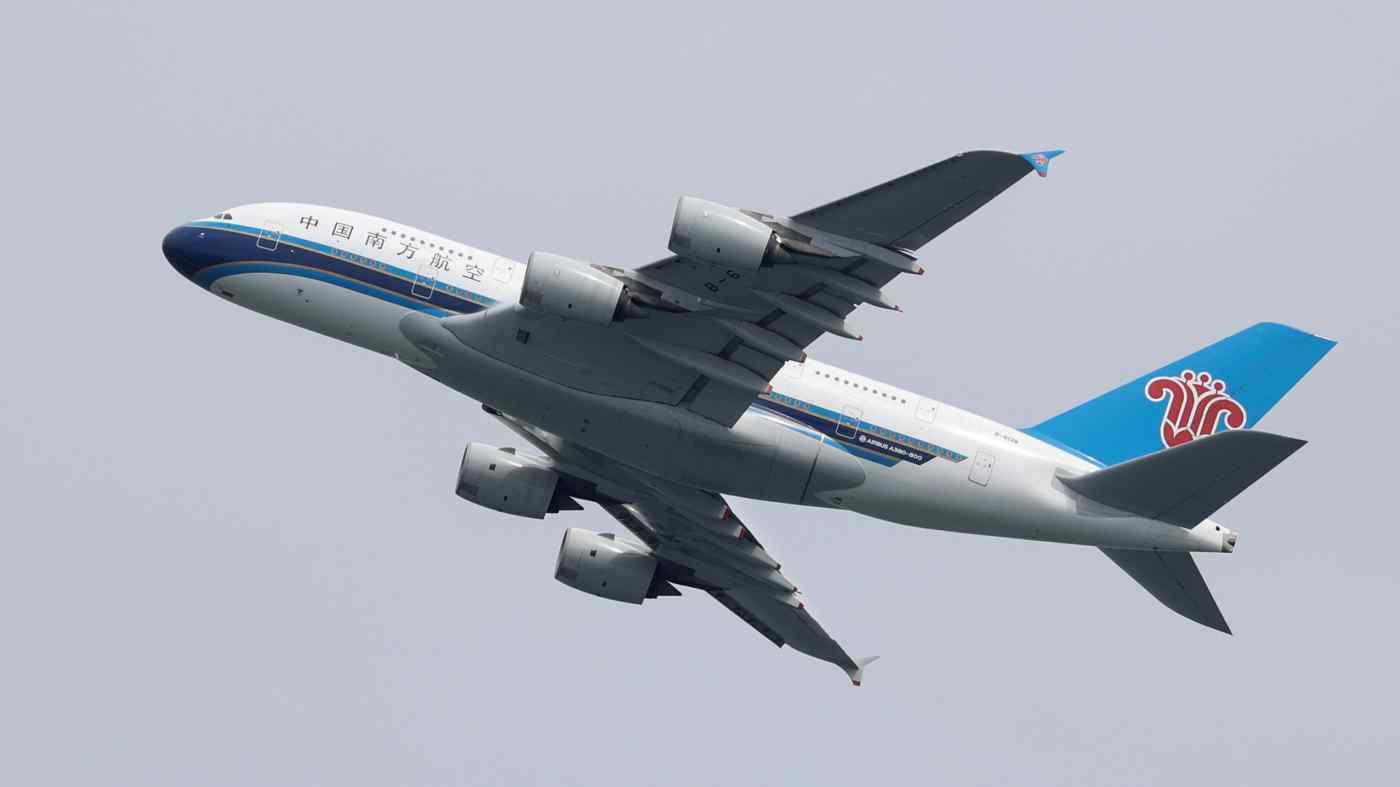 While major aviation players globally suffer from a sharp drop in air travel demand as the coronavirus pandemic prompts border restrictions, Chinese carriers are moving toward a recovery led by the country's vast domestic market.

The Guangzhou-based airline recorded a net profit of 711 million yuan ($106 million) for the July-September period, the company's filing shows, down 70% on the year.

Revenue dropped by 40% to 26.38 billion yuan, but cost savings that include lower fuel consumption and cheaper oil prices helped lift the bottom line. A stronger yuan against the greenback eased the burden as big-ticket expenses like aircraft and fuel are denominated in U.S. dollars.

Heavy losses in the first half of 2020 left China Southern with a net loss of 7.46 billion yuan for the first nine months, despite the airline's third-quarter profit.

Yet they achieved improvement in the quarter after losing 9.43 billion yuan and 8.54 billion yuan, respectively, during the first half of the year.

China's early recovery from the pandemic has let authorities reopen its vast domestic air travel market sooner than the rest of the world.

Overall domestic traffic in the mainland was only 2% lower on the year in September, according to the Civil Aviation Administration of China, the mainland regulator. All three major state-owned airlines recorded year-on-year gains in domestic passengers for September, the first increase since December 2019.

Stanley Hui Hon-chung, an industry veteran in Hong Kong, told Nikkei Asia recently that the recovery of passenger traffic in China was "amazing" and that domestic demand is virtually restored.

Hui was once chief executive of Dragonair, which later became Cathay Dragon but was abruptly shut down on Oct. 21 by Cathay Pacific Airways. He now advises the new Hong Kong-based carrier Greater Bay Airlines, established by Shenzhen-based tycoon Huang Chubiao, while sitting on Air China's board as independent director.

This rebound contrasts sharply with most regional and global peers. The Association of Asia Pacific Airlines said Wednesday that only 1.1 million international passengers flew on Asia-Pacific carriers in September -- just 3.6% of the total from the same period last year.

Smaller Chinese players are faring even better than their larger peers. Spring Airlines, a Shanghai-based private low-cost carrier, on Friday reported a net profit of 259 million yuan for the third quarter, down 70% from the year before.

Revenue declined 37% on the year to 2.78 billion yuan, as Spring relies less on international flights than do the big three carriers.

As more domestic customers look to fly a budget carrier like Spring, the airline carried 2.03 million such passengers in September -- up 48% from a year ago. Spring's cumulative domestic passenger count for the first nine months is only 1% lower on a year-on-year basis.

Similarly, fellow Shanghai-based carrier Juneyao Airlines recorded a net profit of 195 million yuan for the July-September quarter, though this was a decline of 70% from a year ago. China Express Airlines, a private Chongqing-based regional carrier, saw another profitable quarter, bringing the nine-month net profit to 171 million yuan, or 53% below same period last year.

But skies remain cloudy even for some mainland players. Hainan Airlines, a Shanghai-listed unit of cash-strapped HNA Group, recorded a quarterly net loss of 3.80 billion yuan, the largest among all listed mainland carriers. The airline apparently was unable to cash in on the recent travel bonanza to its base in Hainan, as domestic tourists restricted from going abroad flocked to the southern resort island where duty-free shopping zones exist.

Even China's big three airlines still face the risk of net losses for the full year.

"In view of the uncertainties of the evolvement of the pandemic and its serious impact on the civil aviation transportation industry, it is estimated that the result of the Group during the period from the beginning of the year to the end of the next reporting period will be significantly affected," Air China Chairman Cai Jianjiang said in a statement on Friday.

Chairman Liu Shaoyong of China Eastern echoed this point, stressing that the company still faces "an unprecedented severe situation." Even Chairman Wang Changshun of China Southern, which returned to profit in the third quarter, warned that the group's operation "will be materially and adversely affected" for the whole year.