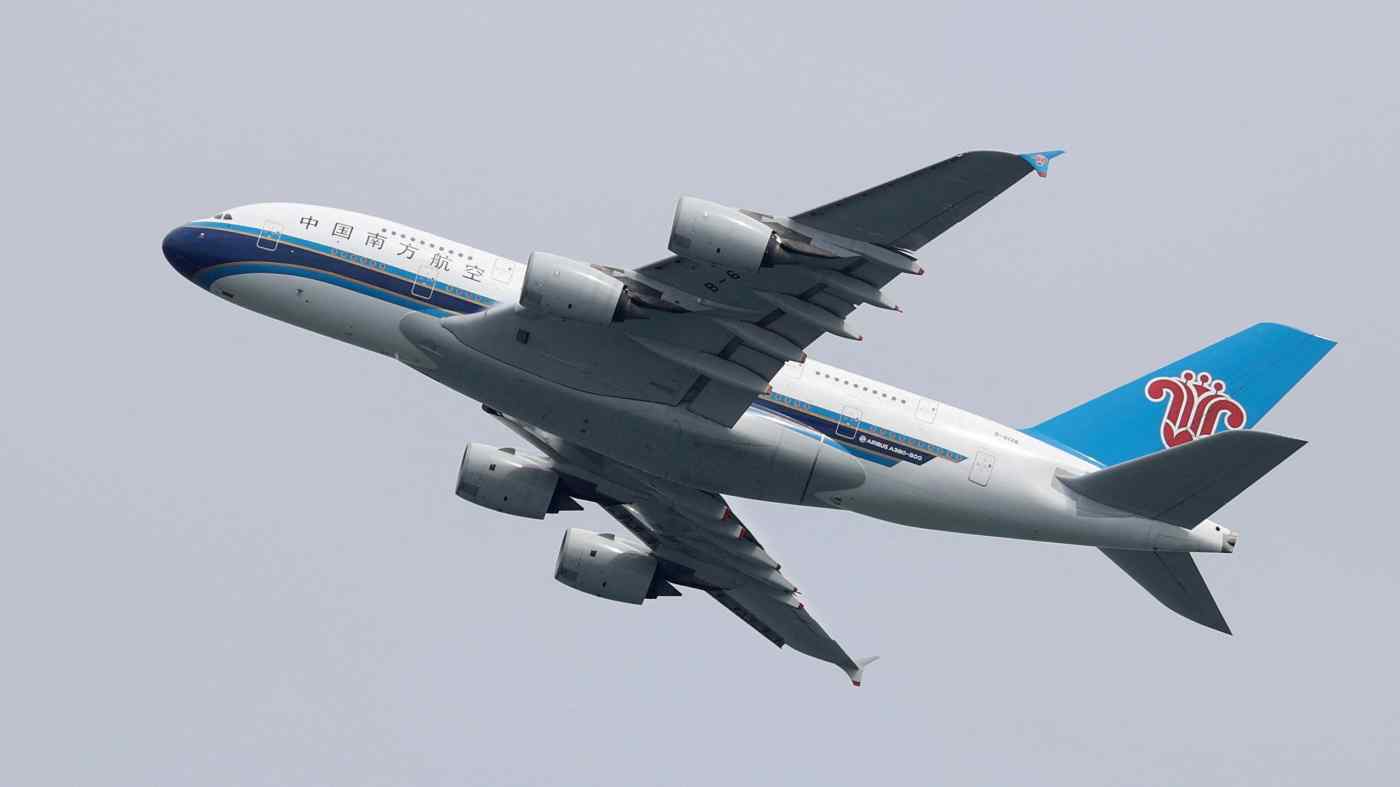 BEIJING/SYDNEY (Reuters) -- China's three biggest state-owned airlines announced plans on Friday to buy a total of almost 300 Airbus jets, the biggest plane order by Chinese carriers since the start of the pandemic and a major boost to the European planemaker in a key market.

Air China and China Southern Airlines said in separate stock exchange filings they would each buy 96 A320neo family jets, worth $12.2 billion at list prices. China Eastern Airlines will buy 100 airplanes of the same type, worth $12.8 billion, it said.

Airbus shares rose more than 3% on the news, while U.S. rival Boeing's shares were down 1.2% premarket.

Deliveries will run from 2023 to 2027, with the bulk expected from 2024. Air China said its purchase would represent a 10.4% increase in terms of capacity measured by available ton kilometers (ATK), while China Southern expects a 13% jump in capacity.

China Eastern said the new narrowbody jets would be mostly deployed on domestic routes and on flights to neighboring countries such as Japan, South Korea and Southeast Asia.

Airbus said the orders demonstrated positive recovery momentum and the prosperous outlook for China's aviation market. Once the relevant criteria are met, the orders will enter its backlog, it said in a statement.

The airlines said the orders were subject to shareholder approval.

China's airline industry, which took a heavy hit after authorities locked down the mega city of Shanghai in April, has been steadily recovering in recent weeks.

It has also been roiled by a deadly China Eastern crash of a Boeing 737-800 jet in March, killing 132 people on board, in the mainland's worst air disaster in 28 years.

The 737 MAX, Boeing's workhorse model, has yet to resume commercial flights in the country, even though airlines have been making test flights after China's aviation regulator lifted a grounding order late last year.

Before the MAX was grounded following crashes in Indonesia and Ethiopia, Boeing was selling a quarter of the planes it built annually to Chinese buyers, its largest customers.

China is also in the process of certifying its home-grown narrowbody C919 aircraft, which is expected to come through by the end of this year.