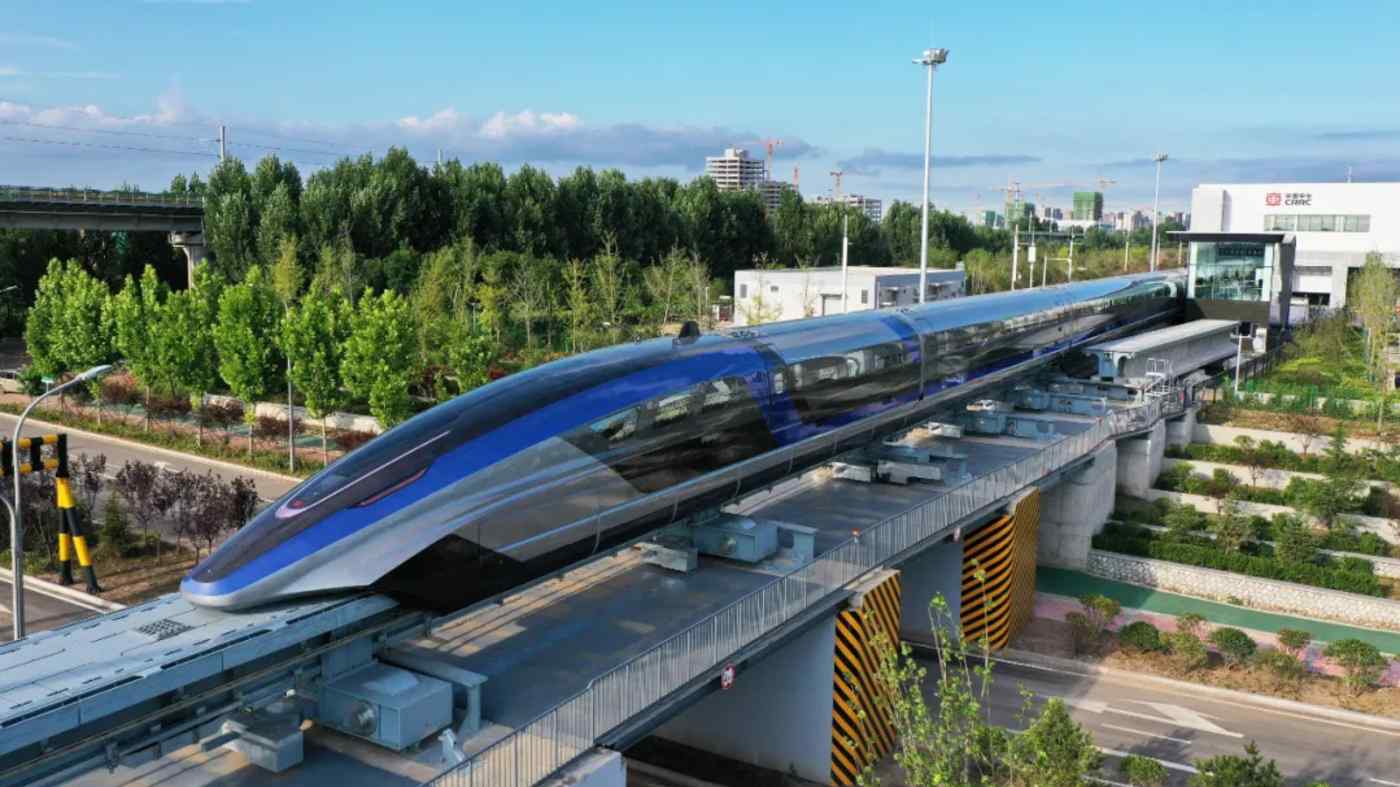 DALIAN, China -- China unveiled on Tuesday a homegrown magnetic levitation train capable of reaching 600 kph, the fastest train ever built by the country.

"Chinese high-speed maglev trains can become a viable industry," Sun Yongcai, chairman of CRRC, the state-owned developer of the train, said in a statement.

The new train's speed approaches the 603 kph world record set by a Japanese maglev built by Central Japan Railway, ushering in an intense competition for technical supremacy in the high-speed train market.

The development of China's maglev, which comes in sets of five cars, began in 2016, with a successful trial run in June 2020. CRRC, the world's biggest manufacturer of train cars, had been fine-tuning the maglev before Tuesday's unveiling.

CRRC touts the maglev's lightness and durability as its strengths. The train can make the trip from Beijing to Shanghai in three and a half hours, including wait times, according to a 2019 estimate. That cuts about two hours from the time needed for a conventional bullet train to travel the same distance.

The company has yet to release a detailed plan for commercializing the maglev. CRRC exports trains worldwide, especially to countries that have signed onto Beijing's Belt and Road infrastructure initiative. The rollout of the maglev promotes China's technical prowess.

Japan's maglev is under development by JR Central. The train attained the record 603 kph during a test run in 2015. JR Central is building a maglev line connecting Tokyo and Nagoya on which the train will run at a maximum operating speed of 500 kph.

CRRC earned a net profit of 11.3 billion yuan ($1.74 billion) last year on sales of 227.6 billion yuan. The company formed in 2015 from a merger of state-owned rolling stock makers China CNR and CSR.