Japanese company hoped to focus on B2B operations, but then the pandemic hit 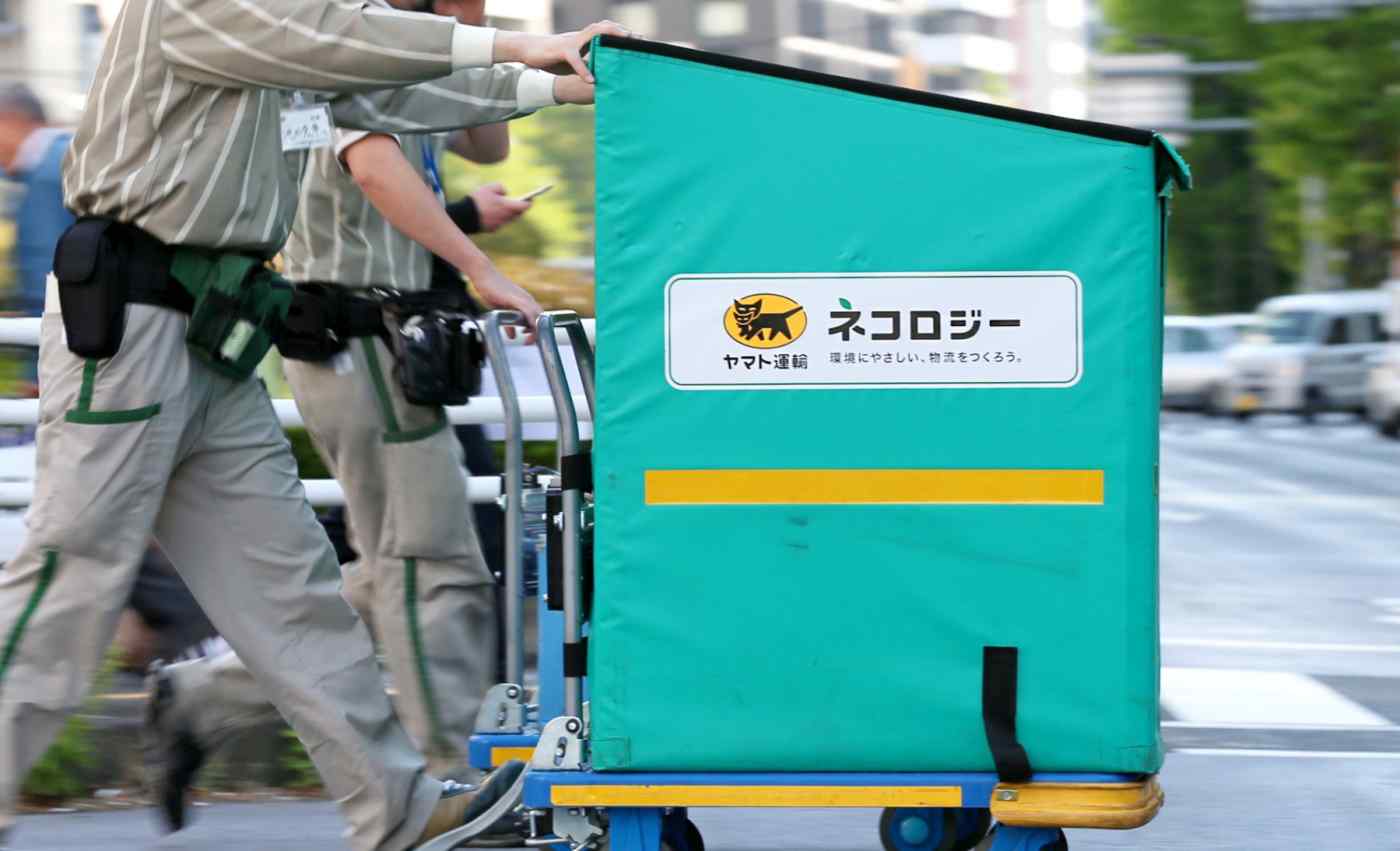 TOKYO -- At a Yamato Transport logistics center near Tokyo's waterfront, a weary worker labors to process the rising volume of packages on one day in mid-May.

"They're increasing dramatically," the employee said. The backyard of the center was packed with carts apparently used to convey packages.

The soaring volume results from demand by stay-at-home consumers amid the coronavirus epidemic. At first glance, this appears to be a boon for Japan's largest home delivery provider, but few executives share that outlook. Earnings have underperformed due to the economic downturn. But the stay-at-home effect, which emerged in late February, apparently helped Yamato achieve its downgraded forecast released in January.

Many expect Yamato to perform better this fiscal year since its biggest rival, SG Holdings, forecasts a rise in profit and sales. But Yamato executives have conspicuously taken a more cautious view.

One factor is the expected blowback when Japan reopens the economy completely. Prime Minister Shinzo Abe on Thursday lifted the nationwide emergency order for 39 out of the country's 47 prefectures. Social restrictions will stay in place for Tokyo and a handful of other urban prefectures.

Consumer-directed shipping has offset the decline in corporate business so far. A return to normal social activities likely will cut this demand from consumers, but it is unclear whether business-to-business service will recover immediately once economic activity is allowed to restart.

The stalled business-to-business operations will impact Yamato's restructuring plan finalized in January. Yamato Holdings switches from a pure holding company to an operating company in April 2021. Within the new format, the B2B arm will be split into separate regional and global divisions.

The aim is to improve the corporate-focused business by providing value-added services, such as optimizing a client's supply chain. Corporate business produces roughly 40% of overall sales. The new earnings sources would triple operating profit to 120 billion yen by fiscal 2023.

SG Holdings, home to Sagawa Express, is strong in corporate services. The rival group anticipates processing 0.5% fewer home deliveries by volume in the year through March 2021. The fall in demand from corporate clients is seen eclipsing the benefit to SG from stay-at-home consumers.

Whether Yamato hits its targets will depend on trends among corporate clients.

"We can't forecast how the corporate business will move," a company executive said. "We can't execute face-to-face sales amid the coronavirus, and a client's supply chain could change."

Cost controls are another X-factor. In December, Yamato began focusing resources on curbing outside contracting expenses. The company wants to build a cost-control system responsive to the rise and fall of package volume. But an unforeseen fluctuation in volume "makes cost adjustments difficult," said a source close to Yamato Holdings.

Yamato has a history of being less than adept in cutting costs. Home delivery volume undershot projections during the January-March 2019 period, and the corresponding mismatch to contractor fees ended up squeezing income. Operating profit for that fiscal year totaled 58.3 billion yen, far below the 67 billion yen guidance.

In contrast, SG Holdings is recognized for its superior cost controls.

"This gap [versus Yamato] is the difference in the valuation between the two companies in the stock market," said a source from a domestic brokerage. While Yamato's share price is up just 1% from the end of last year, SG Holdings has soared 25%.