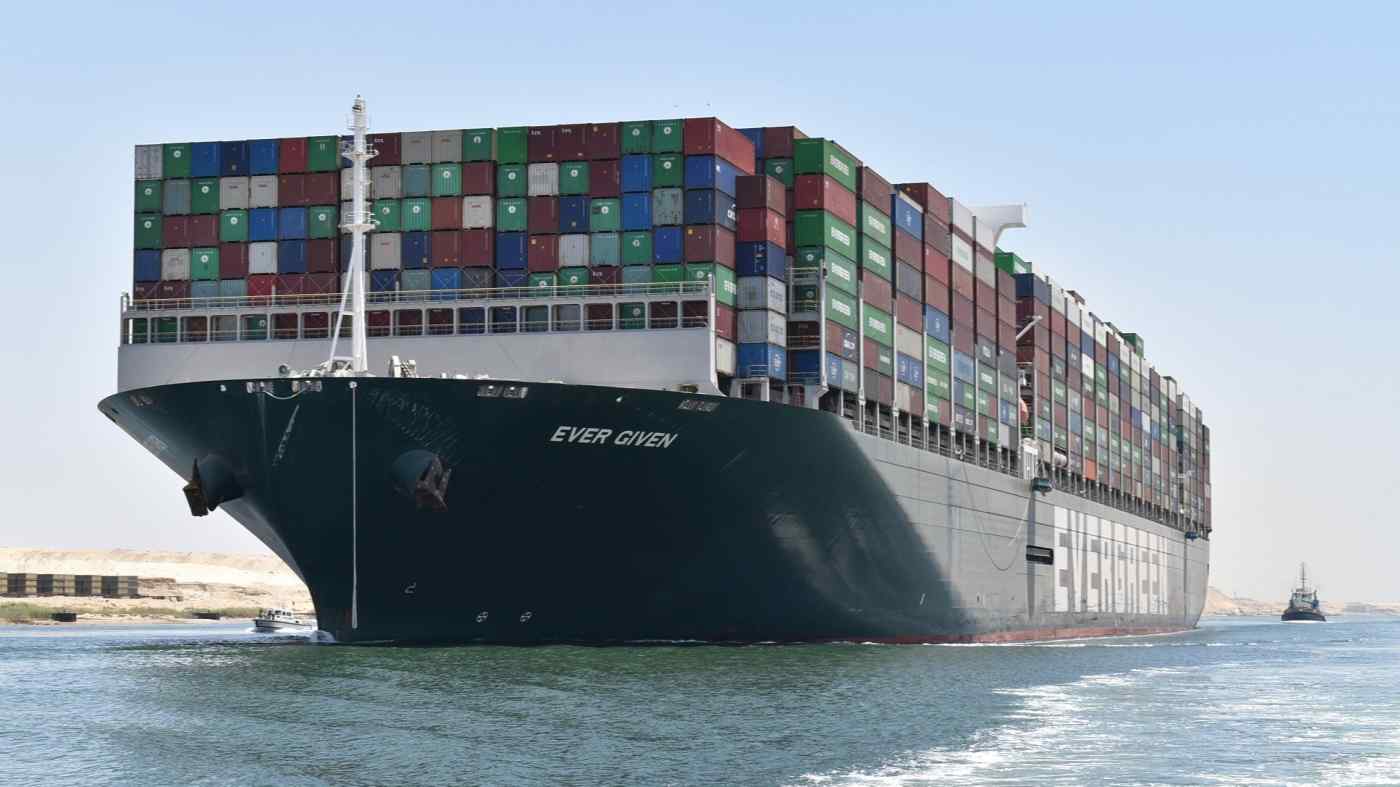 ISMAILIA, Egypt -- After three months impounded at a lake in the Suez Canal, the giant container ship Ever Given was allowed to set sail once again after Egyptian officials signed a compensation deal Wednesday with the vessel's owner.

The size of the contract has not been disclosed. The Suez Canal Authority had been seeking compensation of $550 million, while Shoei Kisen, the Japanese owner of the vessel, countered with $150 million.

The SCA originally sought $916 million to pay for the cost of dislodging the Ever Given from the canal's banks, as well as for "loss of reputation." But the ship's insurer, UK Club, was immediately at odds with those charges.

The claims by the SCA were "largely unsupported and lack any detailed justification," said UK Club.

The Ever Given found itself wedged in the Suez Canal on March 23, blocking traffic in the key shipping lane for six days. By the time the SCA freed the ship with dredging vessels and tugboats, a backlog of 422 ships idled at both ends of the canal.

Following the signing of the compensation deal, SCA Chairman Osama Rabie told reporters that the amount cannot be disclosed due to a confidentiality agreement. However, Shoei Kisen will give the SCA a tugboat with a 75-ton pulling capacity as part of the compensation package, according to Rabie.

During the press conference, Rabie repeatedly denied that the SCA shared any blame for the accident and laid all responsibility on the Ever Given's captain. The Shoei Kisen camp had contested that determination of responsibility by pointing out that SCA pilots had helped guide the ship.

The Suez Canal, which Egypt nationalized in 1956, earns revenue the equivalent of 2% of the country's gross domestic product every year. When the Ever Given was freed from the banks of the canal in March, Egyptian President Abdel Fattah al-Sisi said on social media that "the Egyptians have succeeded in ending the crisis."

The Egyptian government revealed in May a plan to expand the southern portion of the canal to prevent a recurrence of the accident, but an investigative report on its cause has yet to be released.

An Egyptian court ordered the Ever Given held for three months while the SCA and Shoei Kisen negotiated the compensation package. The container ship remained anchored at the Great Bitter Lake near the city of Ismailia. Because the cargo was not being delivered, the decision made shippers and insurance companies aware of the risks of traveling through the Suez Canal.

The Ever Given incident blocked a main artery between Europe and Asia, putting pressure on the supply chain. Although the ships directly halted by the logjam were able to pass through within five days of the canal's reopening, major European ports have felt the fallout. A substantial amount of time passed before conditions returned to normal.