Budget carrier to wait for coronavirus turbulence to settle 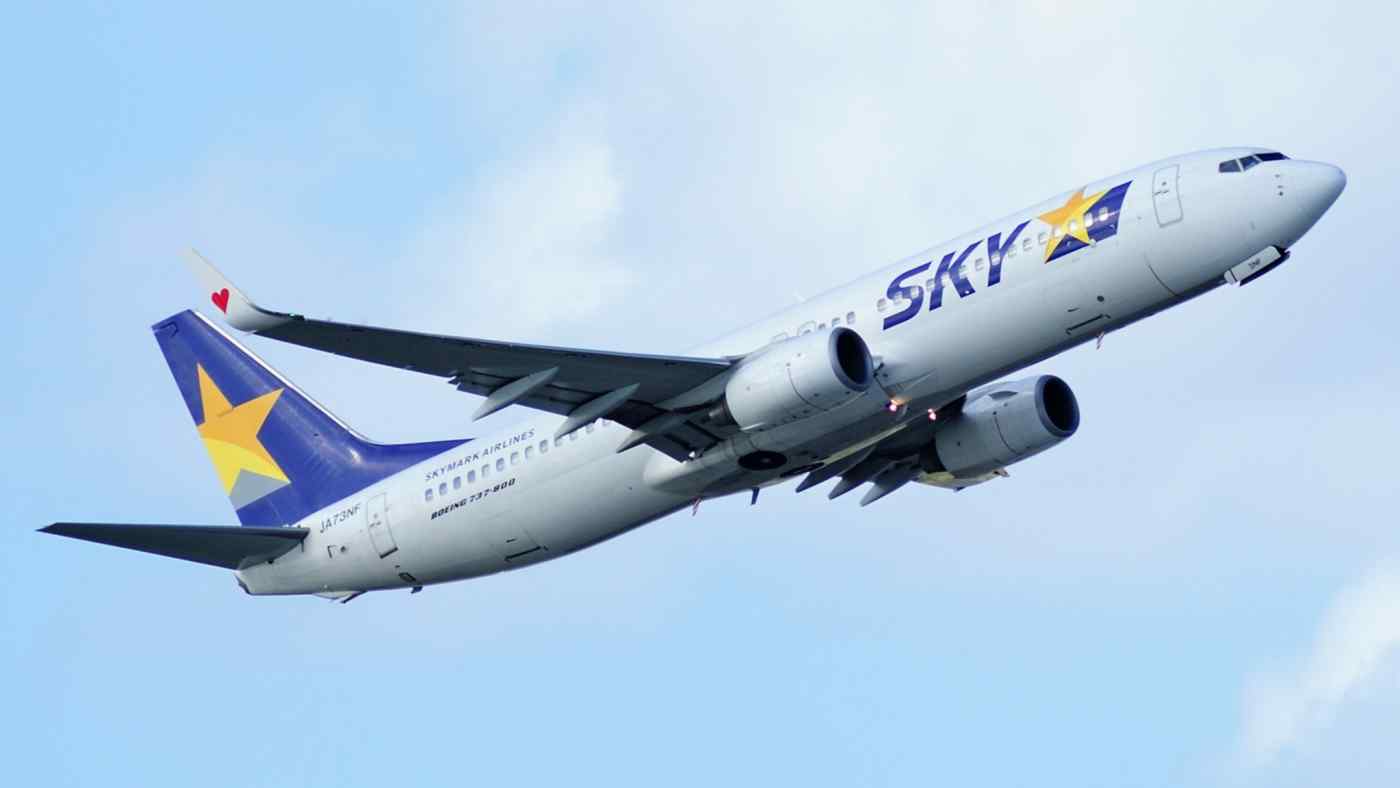 TOKYO -- Japanese budget carrier Skymark Airlines will postpone its planned relisting on the Tokyo Stock Exchange this spring, Nikkei has learned, as plunging air travel demand amid the novel coronavirus pandemic roils stocks in the sector.

Stock offering prices are typically based on the valuations of a company's peers. But the shares of All Nippon Airways parent ANA Holdings and Japan Airlines have dipped 30% to 40% so far this year as the outbreak forces service cutbacks. Skymark now looks set to launch its offering in the second half of 2020 at the earliest.

The carrier delisted in 2015 after filing for bankruptcy protection. Tokyo-based private equity firm Integral took a 50.1% stake in Skymark, with ANA Holdings and a fund backed by the Development Bank of Japan and Sumitomo Mitsui Banking Corp. also buying in.

Since then, the low-cost carrier has streamlined operations -- including paring the range of models in its fleet to cut maintenance and training costs -- and it expanded service last year. Revenue grew 6% to a record 88.2 billion yen ($830 million) in the fiscal year ended March 2019, while operating profit rose 1% to 7.2 billion yen.

Skymark applied in October to relist on the TSE with an eye toward a spring offering. But its investors likely saw no need to rush in such a tumultuous market.

The carrier holds no interest-bearing debt and reportedly has more than 10 billion yen in cash on hand along with tens of billions of yen in available credit. Putting off the relisting is unlikely to hurt Skymark's access to capital.

Airlines in Japan and beyond have been hit hard by expanding travel restrictions aimed at curbing the spread of the coronavirus. ANA said Tuesday it will cut international flights by more than half for nearly a month starting March 29. Japan Airlines also canceled flights to North American cities such as New York and Vancouver on top of previous reductions in service to Asian destinations.

The pandemic is expected to hurt Japanese carriers on a level that at least matches the 2008 global financial crisis. Members of the Scheduled Airlines Association of Japan as of Friday projected an aggregate revenue hit of 300 billion yen for the three months through April.