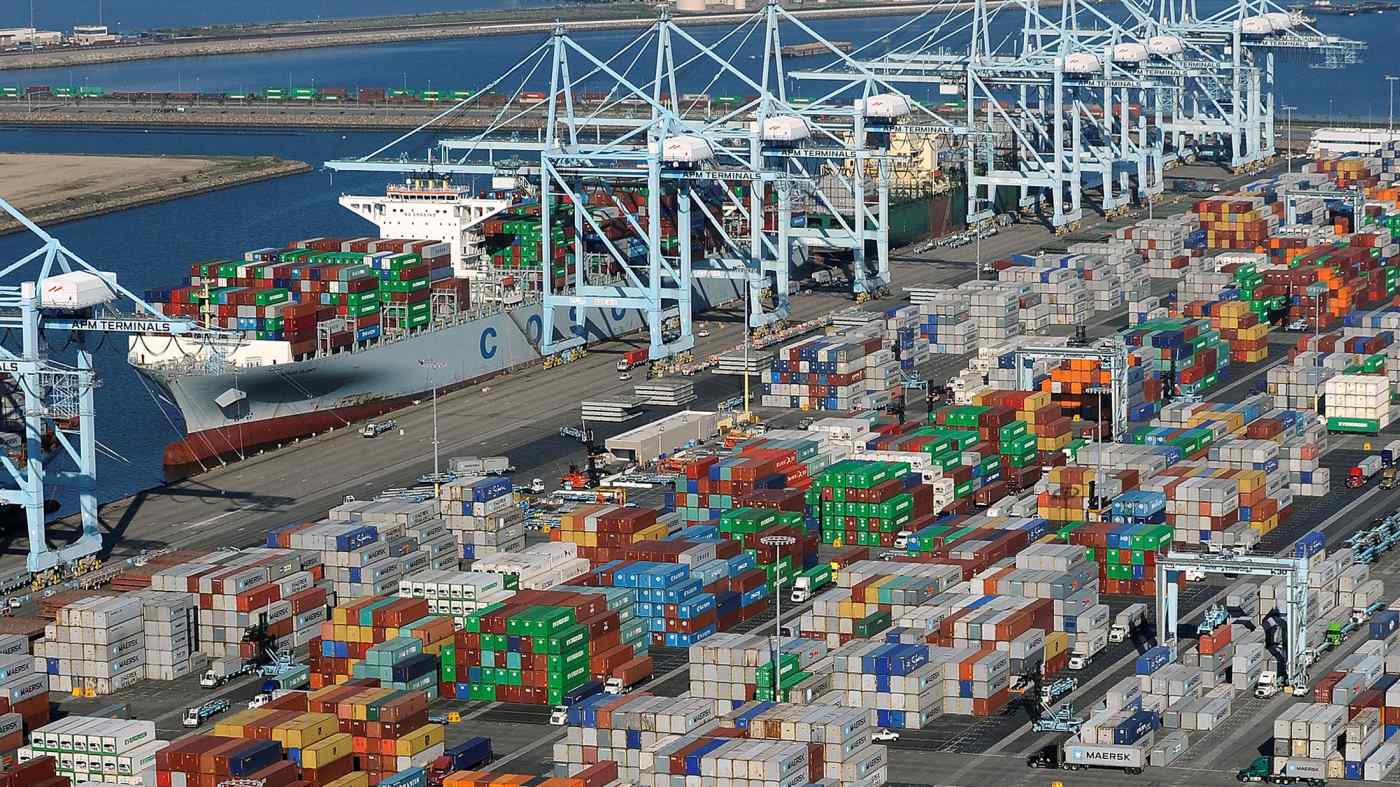 NEW YORK -- An influx of imports from Asia to the U.S. has created a bottleneck at West Coast ports, with backed up cargo ships contributing to a worldwide shortage of containers and soaring shipping rates.

The volume of containers handled at the California ports of Los Angeles and Long Beach, which serve as gateways for goods from Asia, grew 45% in February compared with a year earlier, climbing for an eighth consecutive month. In March, container volume at the port of Los Angeles apparently surged by more than 80%.

With the ports overstretched in their processing capacity, dozens of container ships wait offshore. The two ports handle 40% of U.S. maritime cargo, but have been unable to keep up with the swelling imports as American consumers look to spend their stimulus checks.

Booming consumer spending in the U.S. has prompted freight imports to climb at an unprecedented pace, according to Gene Seroka, the LA port's executive director.

To complicate matters, the spread of COVID-19 among port workers has undercut the capacity to process the cargo. About 800 workers at the ports of Los Angeles and Long Beach, or over 5% of the total staff, were infected with the virus in February and March, local media have reported. 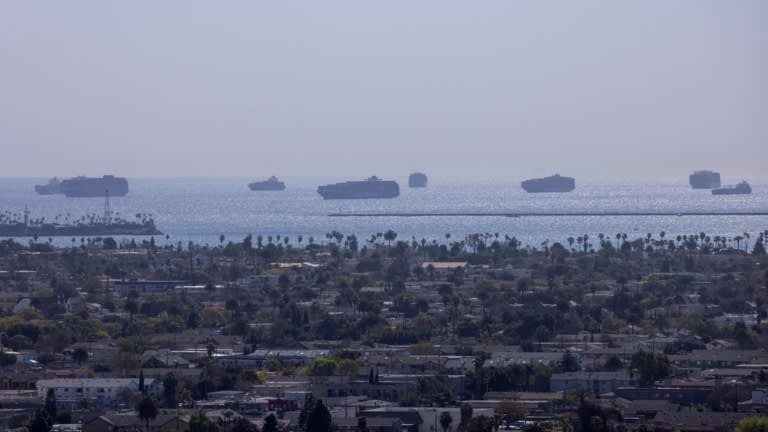 Container ships sit off the coast of Long Beach waiting to unload their cargo at the Port of Los Angeles in late February.   © Reuters

The traffic jam of container ships along the West Coast is exacerbating a shortage of containers and a corresponding rise in shipping fees.

In late March, for example, the cost to haul cargo from China to the West Coast stood north of $5,000 per 40-foot container, according to Hong Kong market intelligence firm Freightos.

The asking price soared 250% from a year ago against the backdrop of the container shortage. The cost to ship freight from Europe to the West Coast roughly doubled.

Meanwhile, the backup of ships in California is affecting corporate earnings. Nike, headquartered in the U.S. state of Oregon, faces shipment delays stretching three weeks or more for its apparel from Asia.

For the third quarter ended February, Nike's global revenue expanded 3% from a year earlier, but its top-line number for North America slid 10% due to disruptions in product supplies.

In China, which implemented measures to manage the coronavirus outbreak sooner than other countries, factory production resumed relatively quickly. During this year's Lunar New Year holiday in February, state directives restricted travel to control the spread of the virus. Legions of migrant workers decided not to return home to visit, meaning factories that would normally be idled during the holiday stayed up and running.

To combat the current supply-chain challenges, some companies have switched to air transport, which costs eight to 10 times more than marine shipping, said Jon Gold, vice president of supply chain and customs policy at the National Retail Federation, based in Washington.

Gold predicts the extra expenses will be passed on to product prices. If that is the case, consumer spending can be expected to take a hit.