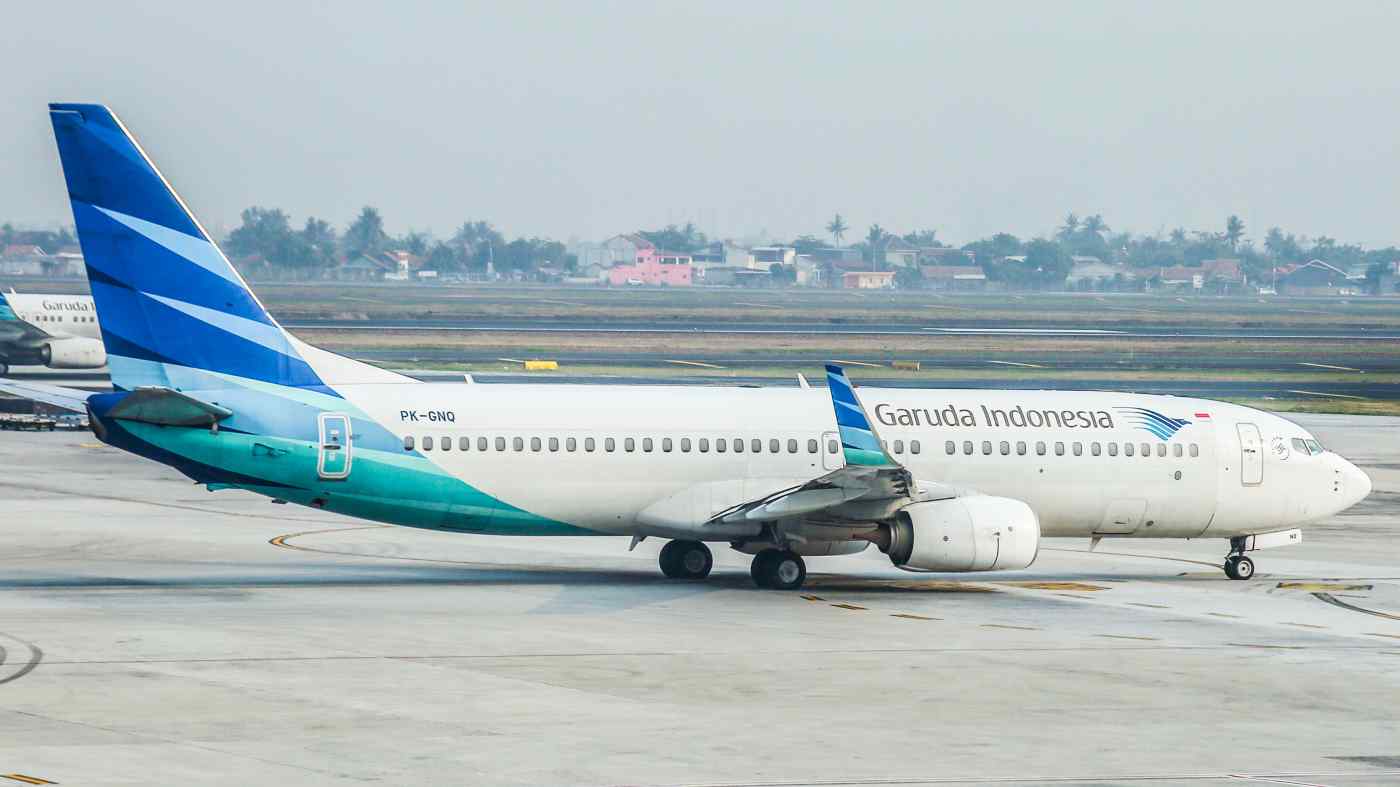 JAKARTA -- Garuda Indonesia will seek suspension of debt payments in an attempt to avoid going bankrupt, an official at the country's Ministry of State Owned Enterprises said on Thursday.

Kartika Wirjoatmodjo, deputy minister for state-owned enterprises, told a parliamentary hearing that the airline and the government have "appointed legal consultants and financial consultants to start this process" and that it is "imperative to immediately implement a moratorium or standstill [of debt payments] in the near future."

Wirjoatmodjo added that if the majority state-owned carrier cannot reach an agreement with its creditors, it may go bankrupt.

The deputy minister said Garuda's non-consolidated debt of $4.5 billion made the country's flagship carrier virtually insolvent, and with the airline losing $100 million a month, "a fundamental restructuring" is needed.

"We are intensively talking with management, including minority shareholders and the Ministry of Finance, how the restructuring process of Garuda in the future should be able to reduce this debt" to around $1 billion to $1.5 billion, he said.

Details on any debt moratorium are yet to be decided, but may include lease payments as well.

Irfan Setiaputra, Garuda CEO, had not responded to a written request for comment by the time this article was published.

Garuda last June extended the maturity of its $500 million worth of Islamic bonds, due that month, by three years as it faced a potential default. According to FactSet, the airline has $298 million worth of long and short term debt reaching maturity this year. Meanwhile, Garuda held $169.9 million in cash and cash equivalents as of September last year.

Travel restrictions brought about by the coronavirus pandemic have imposed a heavy financial burden on Garuda and other regional airlines. Thai Airways International creditors last month voted to approve a rehabilitation plan that allows the carrier to begin a difficult rehabilitation process of up to seven years.

Garuda was pushed into a $1 billion net loss in the nine months ended in September 2020 due to the spread of COVID-19, a marked downturn from $122 million in red ink in the same period last year.

But the deputy minister said problems at Garuda run much deeper than COVID-19. "Garuda's main problem in the past was due to leases that exceeded a reasonable cost," he said. "There are too many types of aircraft... so the efficiency is indeed a problem, and many routes are flown that are not profitable."

He added: "This is an old disease."

It emerged last week that Garuda is looking to slash its 142-strong fleet of aircraft in half and is offering an early retirement program that runs all the way up to the level of vice president, in an attempt to cut losses and spiraling debt.

The plan came despite last year's rescue package by the Indonesian government, when the finance ministry agreed to purchase 8.5 trillion rupiah ($593 million) of the carrier's newly issued convertible bonds to inject cash into the company.

But Wirjoatmodjo said that only 1 trillion rupiah had been disbursed, with the rest being canceled, because Garuda did not meet certain key performance indicators that were set as conditions for the rescue.

"During January, February, March with [social restrictions] and the ban on going home, [company performance] dropped and KPI was not achieved," the deputy minister said. "Therefore, the [convertible bond plan] had to be withdrawn because it did not meet the disbursement requirements.

"The government rarely provides explicit [payment] guarantees except for strategic projects that benefit the community at large. Garuda is not included in the strategic access that must be given an explicit guarantee by the government," he said.

Meanwhile, the government announced on Thursday that it has canceled the hajj pilgrimage to Saudi Arabia for Indonesians for a second year in a row due to concerns over COVID-19.

Setiaputra, the CEO, previously told Nikkei Asia that 15% of the carrier's revenue comes from flights to Saudi Arabia, including for the hajj and umrah, a lesser pilgrimage.