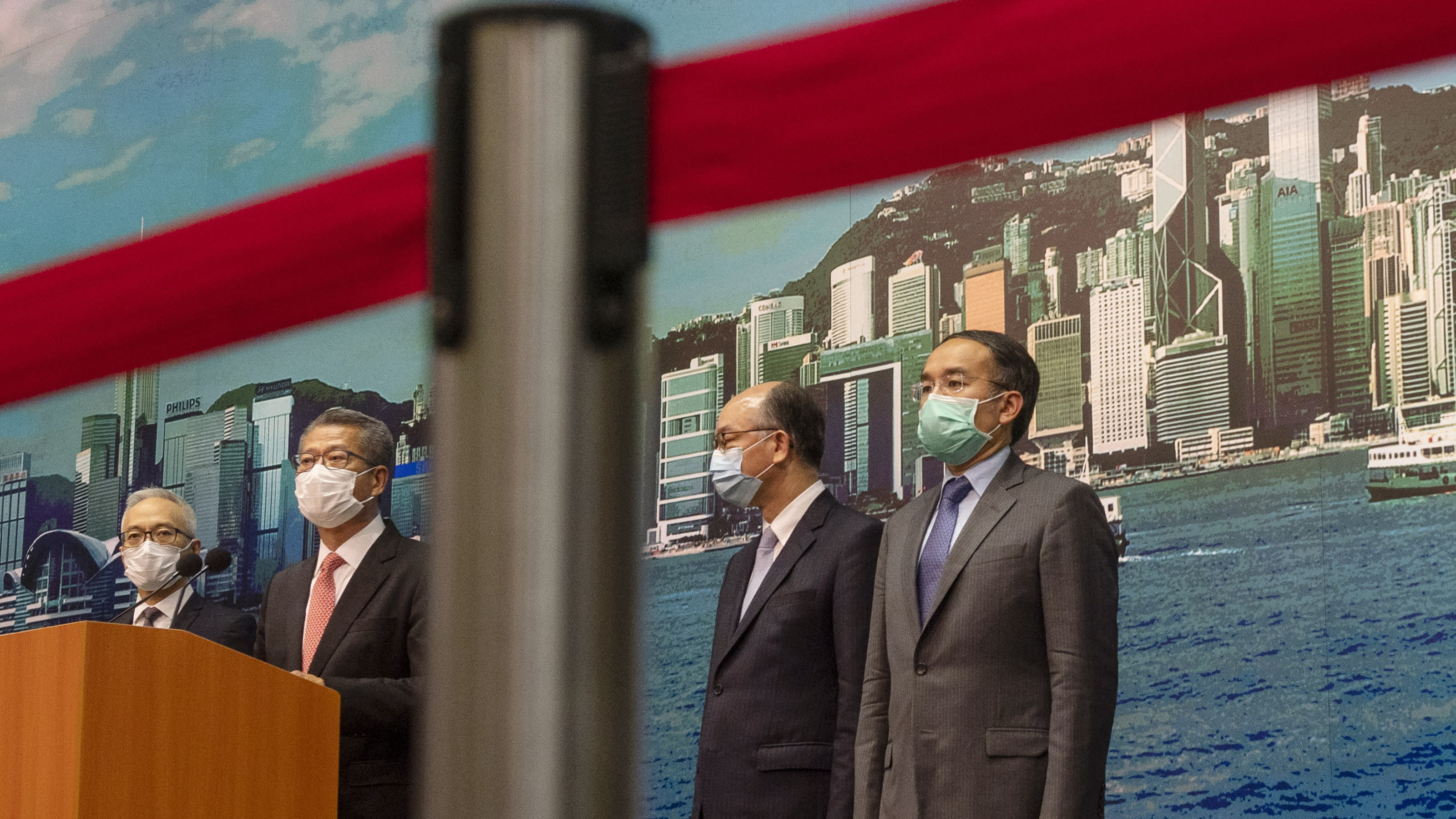 HONG KONG -- A local directors' group has expressed concerns about Hong Kong's plans to send two "observers" into the boardroom of Cathay Pacific Airways as part of a government-led $5.03 billion bailout of the carrier.

"It is not good for observers to sit beside the board members," he said. "They shouldn't have any impact on the board. If they do, the whole corporate governance structure will collapse."

Unlike most Asian flag carriers, Cathay Pacific has always been under private-sector control. The airline's unexpected 39 billion Hong Kong dollar package, unveiled June 9, has led to questions about how much of a role the authorities now plan to take.

Officials have insisted that the government will not be a long-term shareholder in the airline, though it will gain preference shares and rights convertible to a 6.08% stake in the airline's common stock. The government has said it is only intervening because of the extraordinary stress the aviation industry is under because of the coronavirus pandemic in order to preserve the city's role as an international transport hub.

Finance Secretary Paul Chan Mo-po has said the Cathay observers are to "safeguard the interests of the government" by attending board meetings and voicing opinions without voting as the government does not intend to "interfere with the operation and management" of the company. He has said the representatives will be "seasoned, business professional leaders" rather than government officials.

Lo, a veteran accountant and independent director on the boards of several Hong Kong-listed companies, said board observers are "very uncommon" and he could not recall any previous local examples. To his understanding, "observers are not part of the corporate governance" structure under the city's rules for listed companies.

"They should not express any ideas or comments, nor even pass notes," he said. "They should keep silent." Better, he said, would be for the observers to join board meetings by teleconference as their physical presence could "put [other board members] under pressure and affect the meetings." He worried the observers could also "affect the efficiency and effectiveness of the board."

Jeremy Tam Man-ho, an opposition legislator and former Cathay pilot, is skeptical of the government’s intentions in dispatching two observers to the airline as well, suggesting to reporters that it could be a way for the government to appoint pro-Beijing individuals to the board to “execute political missions.”

Cathay had not responded to requests for comment on Lo's worries before this article was published. When the bailout was announced, Chairman Patrick Healy, said that the "creation of two observer positions on the board is something that we welcome."

He told reporters that the arrangement is to "give the government full transparency and visibility of all of the company operations in order for them to safeguard [its] investment."

Since they would lack voting rights, Healy reasoned that this would not affect the structure and composition of the board and hence, "there will be no impact on the governance or management" of the airline.

Kelvin Lau, an aviation analyst with Daiwa Capital Markets, said in a client note when the bailout was announced that he was "neutral on the government’s involvement."

"While investors may be concerned that [Cathay's] daily operation will suffer from political interference in the long term, we see the chances as low," he said. "Indeed, as the air space surrounding Hong Kong is controlled by the Chinese government, we see the HK government’s direct involvement as potentially mitigating potential concerns about the mainland government."

Cathay shareholders are due to vote on the recapitalization plan at an extraordinary general meeting on July 13.

While Cathay and parent company Swire Pacific have previously welcomed journalists to observe their annual general meetings, this week both barred reporters and declined to hold briefings for media about the proceedings, citing the need for social distancing.

"AGMs are an important communication channel to present transparency for listed companies," Lo said. "Opening to the media is a way to strengthen transparency."

Given that Cathay and its controlling shareholder Swire Pacific "always had high corporate governance standards" from his perspective, Lo is worried about the unintended impact their latest moves may have on others with lower norms.

Despite its acceptance of taxpayer money to sustain its operations, Cathay has also not pledged to preserve all local jobs, as some politicians and labor leaders have urged. While thousands of local companies have signed up to receive payroll subsidies in exchange for a pledge not to cut jobs, Cathay has not.

While the union indicated its understanding of the "ice age" that the industry is going through, by receiving substantial cash support from the government, the airline "should consider the livelihood of your employees and maintain the morale" by withdrawing the request.